You prepare a nice snack for her. You put her favorite episode of Paw Patrol on. The one where the pups save the tigers. You make sure she’s comfortable and occupied and then you make your fatal mistake according to your tiny tyrant.

Before sixty seconds have passed she shrieks that her snack is cut all wrong and THIS isn’t the episode she likes. She demands that you remake it. She demands Puppy Pals instead. She chucks her snack on the floor to further illustrate its unacceptability.

Her shrieks fill the air and you nearly trip on the way to remake HER SNACK to her specifications, hands over your ears to prevent them from bleeding. Your husband retreats to his throne (the toilet) for some quiet internet surfing.

Your other children scatter. The crystal in your china cabinet shatters with the piercing quality of her screams.

If this sounds familiar, you might be dealing with a tiny tyrant. 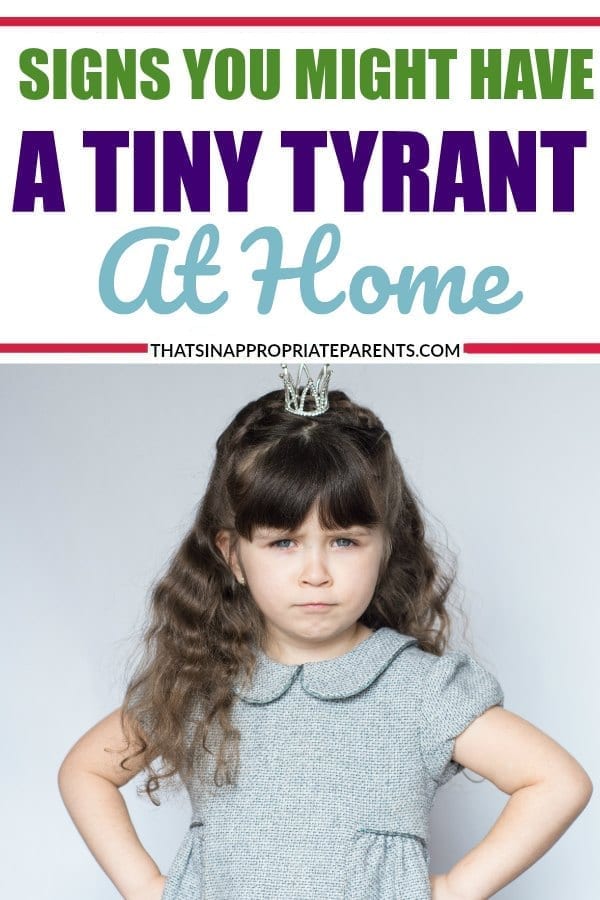 The tiny tyrant is best identified by these characteristics:

The tiny tyrant is nature’s most fearsome beast. Like her commodious compatriots, Alexander the Great and Attila the Hun, she rules with an iron fist and takes no prisoners. Her wiles are especially cunning when it comes from such an adorable package.

Don’t let her OUTWARD APPEARANCE fool you. She has you under her control and she knows it. No one in the family is safe.

Cruising through Target with a tiny tyrant is enough to send even the most seasoned servant running for the hills.

You imagine everyone staring at you as she demands candy at 10 a.m. and melts down when you refuse to acquiesce. Stern faced grey hairs shake their heads as they meander past, their own children grown and tantrums a thing of the incredibly distant past.

You swallow your snark and try to entice your tiny tyrant with a free banana but she chucks to the floor like a chimp having a fit.

Any attempts at reasoning with your tiny tyrant are met with frustration and not a little fruitlessness.

Logic is not something she is prepared to deal with. The only logic that matters is her logic and her logic is telling her that drinking a full cup of juice directly before bed is the best course of action for all, including her tiny bladder.

Trust me when I say, mama, I’ve been there! I, too, am under the rule of a tiny tyrant. He first began exhibiting these worrying signs at about eighteen months of age. He is now four and shows no sign of relenting his reign of tyranny. No one is safe.

His brother is a jester in the tyrant’s court. The baby a mere pet. And I, as his mother, am his most trusted servant.

My tiny tyrant knows he can count on me to provide anything he desires.

If, per chance, I deign to say no to one of his demands he throws a tantrum so epic it should be written about in the history books. He’s stubborn and WILLFUL and his latest phrase is, “You do what I say!” His name is Teddy the Tyrant.

I know what you’re going through, mama. I can’t tell you when you can expect it to end because I’m still in the thick of it. 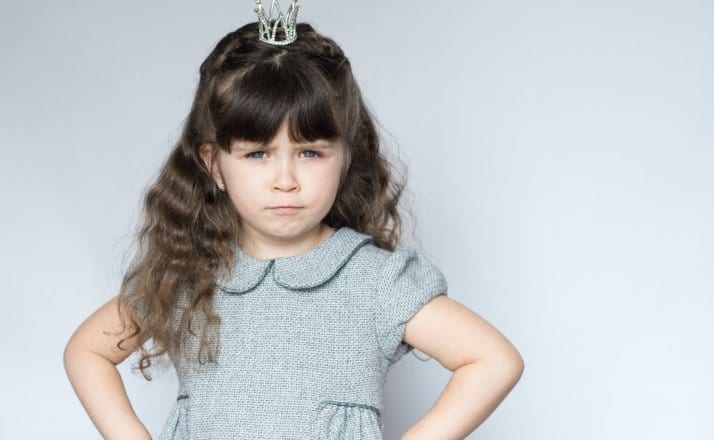 Don’t fret, however. Don’t pull out your hair. Try not to stress too hard. It is the silent killer after all. Take a deep breath and realize that this too shall pass.

At least, your tiny tyrant will get older and more logical and hopefully nicer, right? Right? Anyone?

The most worrying thing in our household is that the baby is starting to exhibit signs of future tyranny.

Someone please, save us all.


Parents Hilariously Give Their Hard…