Ah, 80s and 90s movies. As far as I am concerned, movies peaked in this era. Were they cheesy? More than Chuck E. You could dip bread in them on fondue night.

Were they terrible? The worst! The acting, the writing, the special effects, it was all unforgivably awful. Want to be convinced of this? Try showing them to your kids, they will tell you pretty damn quick how stupid these movies are.

Being born in 1980, I got to be, by luck of birth, a connoisseur of these movies, and I can tell you that in addition to being campy and awful, they were also absolutely traumatizing.

If they didn’t make you shit your Underoos, they made you sob uncontrollably with unsurmountable grief at the great injustice of a world that would let these things happen.

Let’s explore some of these awesome/horrific movies we loved/need therapy because of. 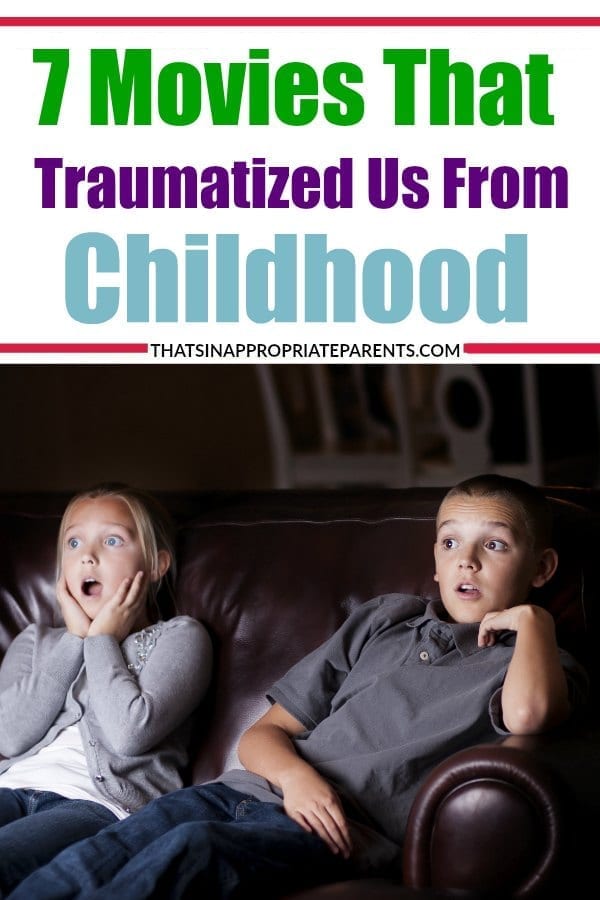 What the actual fuck was E.T.? It was the scariest movie of all time, is what.

I will admit, unlike the rest of this list, I did not love E.T. In fact, I’d love to run into the little bastard in a dark corner and end him once and for all. Heartwarming, my ass.

Because of this Extra-Terrifyer, my mom had to sit outside my room and play solitaire while I went to sleep for a full year. And this was before smart phones, people. That was a real SACRIFICE.

My parents told me he wasn’t real. They told me that not only was he a lady in a costume, but the lady in the costume was dead now (and this was true!) but it was still a no go. To this day, E.T. startles me when he shows up unexpectedly, which is inexplicably near-weekly.

Do you remember the plot of Pee Wee’s Big Adventure? If not, let me give you a little synopsis.

Now, I happened to be one of those kids that found this scene hilarious, and took turns with my sister rewinding the VHS and putting my face up to the TV to see it up close; but I have it on good authority that this scared a whole generation of kids out of their jelly shoes.

I refuse to speak badly about the greatest movie ever made. It was flawless, so fight me. But I will admit that it did pack an 80s movie trope double-whammy.

First, there was the super scary mega-wolf. He didn’t scare me, I was dead inside after watching E.T., but he terrified my little sister.

And then there was the torturous scene of watching a horse slowly drown. Not only did he die, he died because he was too sad to live. And a little boy screamed the whole time. Sure, he came back at the end, but you don’t know that while you’re watching it. But what’s a good kid’s movie without a dead horse? 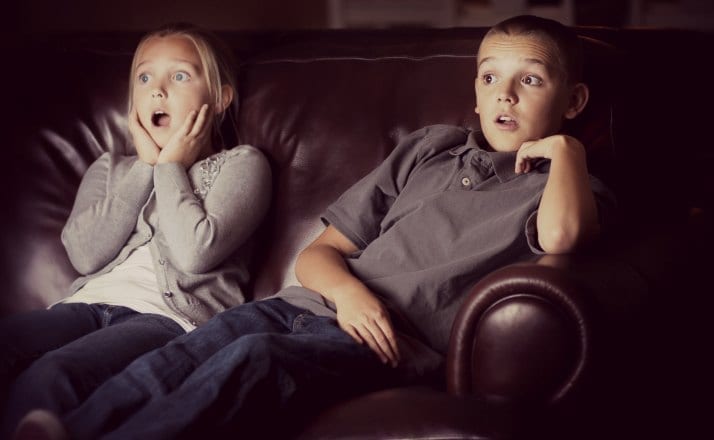 Labyrinth was also awesome. I mean, it starred David Bowie (also, Little David Bowie and the Twins), what’s not to like?

Well, there were those dancing Muppets that kept removing their body parts, so yeah – there’s that. But it’s not like they tried to behead her – oh wait, they did. Also, one of them was voiced by Elmo. Just let that sink in.

There’s nothing in this movie that wasn’t SCARY. It was a two hour long fever dream.

The film makers basically sat around a table going, “What do you think Hell is like, guys?” The bad guys were demon creatures on wheels. You’ve heard of Hell on wheels? I think that was those guys. Even the good guy was essentially the Headless Horseman. Dorothy should have stayed in Kansas.

Most of this movie is lovely and adorable – once you get past watching Little Foot witness his mother die right in front of him, and curling up with her still-warm body. Not. Okay.

I mean, Dude. Really? Want to make a ROOM FULL OF KIDS CRY cry, show them this scene.

Nothing prepared me for My Girl. I was eleven, the same age as Macauley Culkin when he was still little and cute and endearing.

I watched him and Anna Chlumsky have their characters’ first kiss, and my little middle-school heart swooned. And then came the bees. There were too many, explained Dan Aykroyd, who was decidedly unfunny in that moment (thanks a lot Dan).

“Where are his glasses? He can’t see without his glasses!” goes down in history as the saddest line in movie history.

Ta-Da! Did you enjoy your trip down memory lane? Do you need a hug? But despite the trauma of these movies, we loved them. We love them still.


Booty Beauty Is The Latest Trend &#…