It had become obvious our friendship had suffered a significant setback, but I had no idea why. So I asked my friend.  She told me nothing was wrong, if anything, it was her, not me. She said she’d just been so busy and under so much stress and she knew she’d been a terrible friend. She insisted she loved me so much and would try hard to show it better and she was so sorry she’d made me feel this way.

In effect, she gave me the runaround. I know it was the runaround because after this conversation things just got worse.

She pulled even further away and it became even more clear that our friendship wasn’t one she wanted anymore. And I was left wondering why. I had been ready for anything she could possibly have come back to me with when I’d asked her to tell me what I’d done wrong so that I could apologize and make amends.

I would have owned my role in whatever she’d been bothered by and I would’ve tried to atone. She wasn’t having it though. She just wanted out. And so she got out and left me shaking my head in hurt wonder. 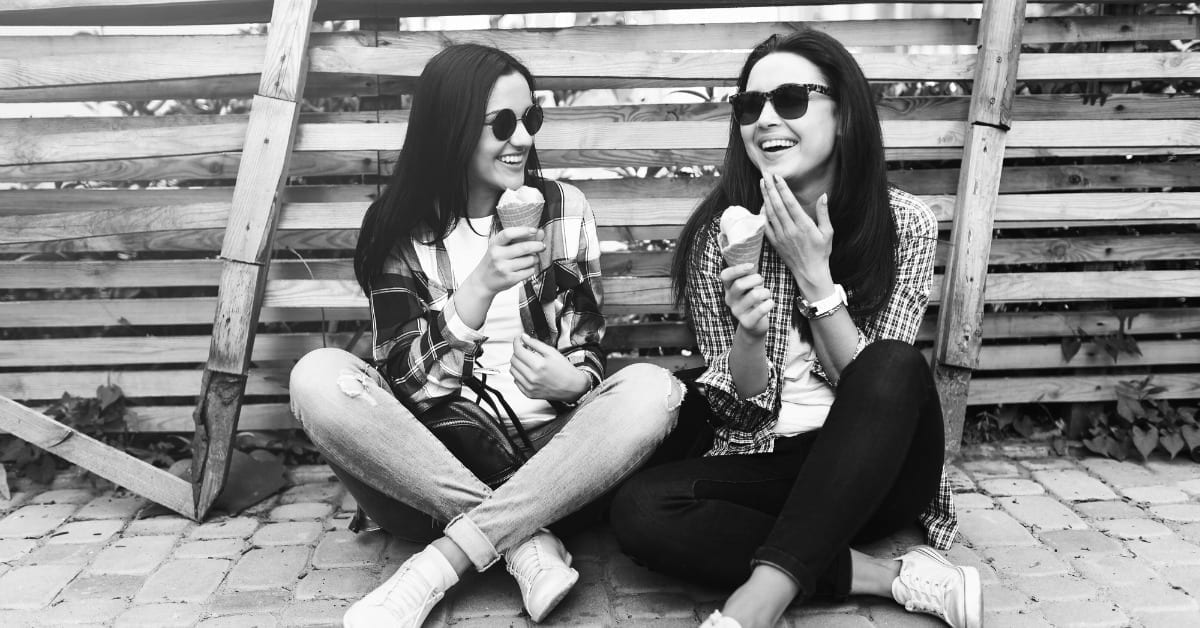 Today, years later, I still don’t have any idea why she quit me. Instead, a dull ache at being cut loose with no explanation. An ache that wanes with time but persists nonetheless, because I’m a human with a beating heart and so it hurts when people leave me.

I was still carrying this experience under one arm when I myself had to make the excruciating decision to let go of a once extremely close friendship. It took me years to arrive at the certainty I couldn’t continue the friendship and months and months more to finally give myself permission to move on from it.

I wanted to try to minimize the pain I knew I was about to cause by conveying to my friend what I viewed as the peace of mind that comes with knowing why I felt we had become incompatible as inseparables. I had wanted that knowledge so badly from my friend who’d let go of me. I wanted to do better than was done to me.

So I told my friend all that had changed for me and while I had no ill will towards her and sincerely wished her more than well in life, I needed some separation. I explained my reasons for not being able to move forward with her in close friendship. I knew it would be hard for her to hear but I was sure that she would ultimately appreciate my approach. Because I would have.

She bristled at what I had to say, didn’t fully appreciate where I was coming from, and couldn’t digest and accept it all. She was frustrated I had waited so long to tell her about my feelings and didn’t see the period of time during which I was silent about my concerns for what it was; me continually hashing out and wrestling with how much the friendship had changed into one I could no longer maintain. After many hard, lengthy, tearful conversations and the eventual downgrading of our friendship, she said to me, ‘Why couldn’t you have just let me go?’

That’s what she would have preferred.

And so this more recent parting of ways has me shaking my head in wonder too. At how my friend would rather I had just walked away and never said much, if anything, as to why. I can’t imagine having done that to her, it seems so cruel and heartless to me. But she doesn’t see it that way. She felt my honesty and forthrightness to be heartless and cruel.

What I’ve come to understand is there’s likely no universal, easy, or right way to end a friendship. It’s always going to be painful for one or for both involved, no matter if special care is taken in parting ways. A friend who’s been let go of might not be offered an understanding of why the friendship failed, even though she seeks it. A friend who’s been said goodbye to and doesn’t want the burden of knowing why might get saddled with it anyway.

Both of these finite friendships wrecked me for a time, each in their own way. The first at being abandoned and the second at having to do the abandoning.

Though I’m still uncertain if there is a best way to cut the ties of friendship when doing so becomes necessary, what I have come to know through my experiences is it’s inevitable some friendships will need to end. That some were maybe even meant to from their very beginning.

These gone by the wayside friendships though, they were beautiful and soul-serving for a time, they met needs and had purpose while they existed and that shouldn’t be eclipsed or overlooked. This knowledge is lovely and comforting to wrap back around to once the heartache has eased.

“Growing apart doesn’t change the fact that for a long time we grew side by side; our roots will always be tangled. I’m glad for that.” ~ Ally Condie

Maybe I had these two opposing encounters so that I could come to a better understanding of the precious qualities of all friendships; both the ones that last and the ones that don’t. I know my heart was in the right place when I was the one to let go, that I did it the way I believed was best, so maybe the friend who let go of me can claim the same.

The more I’ve pondered faded friendships, the more I’ve attempted to write my own stories of them, the closer I’ve gotten to simply being grateful for the friends these women were instead of feeling mired down that they no longer are.

My name is Jodie, and my mission, what drives me and makes my heart soar, is to help lead people out of loneliness and back in to love. And if I can make people laugh while doing that, well then, that’s the ultimate trifecta for me. I read some words that helped me heal. That mechanism astounds me and I want to be part of it. I want to turn around and help the next one in line via the telling and the sharing, the writing and the reading, the connection and the healing. My hope is that something I write will find its way to you and help you too. Find me on my website, Utter Imperfection and on Facebook and Instagram.


There’s A Birthie Stick That …

It’s the most wonderful time of the year, and despite the craziness of the gift lists & the frenzied shopping, … Read More