A mother’s love is a powerful thing. The moment we see our precious newborns, we seem to be bonded to them. And, it usually isn’t until later that we look back at their newborn pics and think – “Huh. They weren’t really that cute were they?”

I love newborns. They smell good. They make the cutest sounds. And, they are the best snugglers. Newborn babies are sweet, and precious, but sometimes the beauty of them can only be seen by the mama, am I right?

Tell me you’ve seen the Seinfeld where Elaine has to go check out her friend’s new baby.

And, if your baby has ever had what I’ve heard referred to as the “six week uglies” where they suddenly get baby acne, and lose their hair, you know what I’m talking about. Some babies need to grow into their “good looks”.

And, apparently owl babies not only fall into the ugly category of newborns, they are downright terrifying.

In a video tweet that is now gone viral, Twitter user Daniel Holland, aka @dannydutch, shares his suspicion that most people that have claimed to see aliens, have actual seen BABY OWLS.

I’ll admit I was skeptical at first too, but I have to warn you, this cannot be unseen. There is no going back after you see the terror.

Apparently, this video is a few years old, and was taken by two construction workers that came across these two baby owls in India and DID in fact, mistake them for aliens.

At first, I must admit that I wasn’t even sure what I was looking at. Why are they standing? What are they? Are those aliens actually dressed up as birds? WHAT IS HAPPENING!?

But, after replaying several times, I’ve accepted it. Owls are no longer cute. The cutest birds on earth are actually hideous creatures hidden by a layer of feathers.

And the people of twitter don’t disagree with me.

This viral video has people both freaking out, and declaring owls to be the most terrifying creatures on the planet. And, some people still don’t believe they are actually owls. 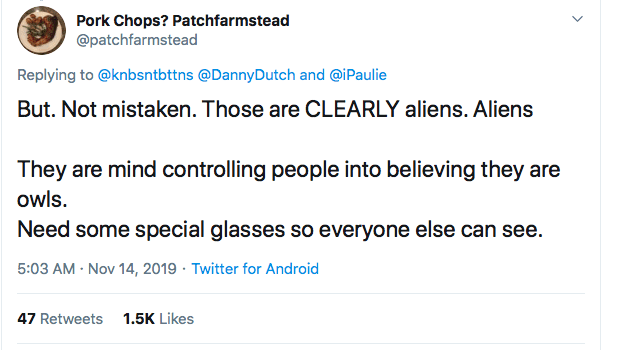 While others just can’t get over the legs. THE LEGS, you guys! Who knew they stood so straight and evil ready to murder everything in their path? I guess under all that feathery cuteness – they definitely have legs. But, as terrifying as the legs are – those faces before they are fully developed are faces only a mother could love.

One twitter user even shared a drawing her child did of baby owls. It was very, let’s say, accurate. 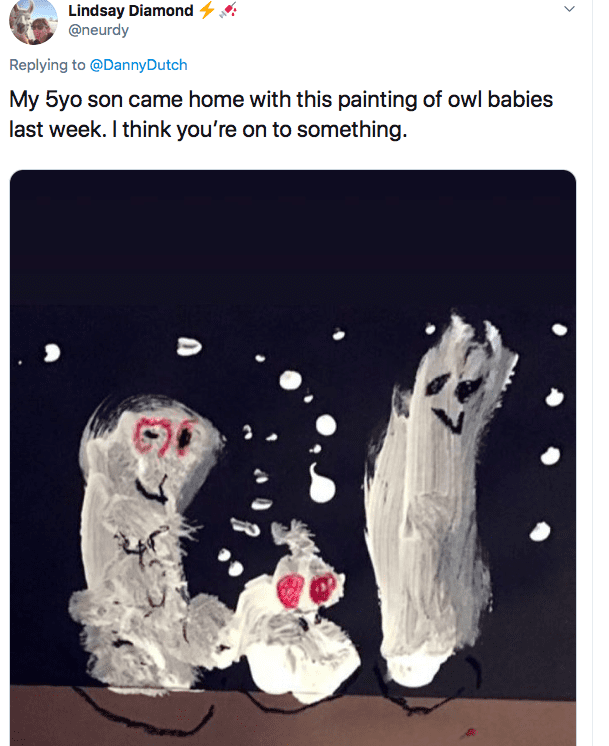 Because if we really do a side by side comparison, it’s really uncanny how much these baby owls are exact replicas of aliens. 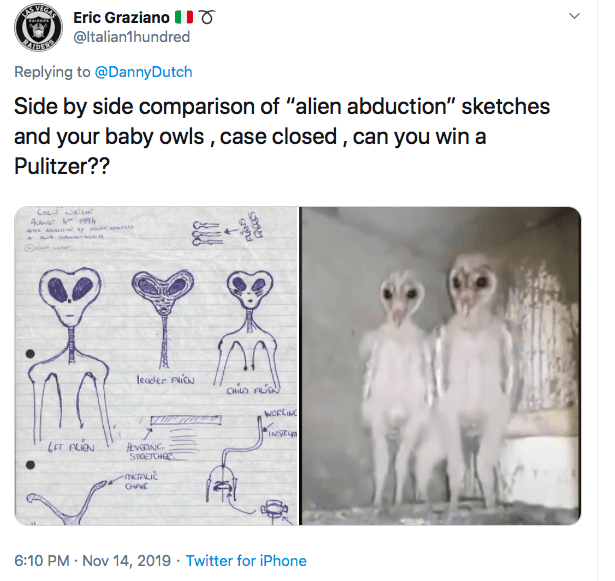 But, I have to agree with this twitter user. They saw those terrifying baby owls and WENT BACK FOR A PICTURE. That would be all the nopes in the world for me. 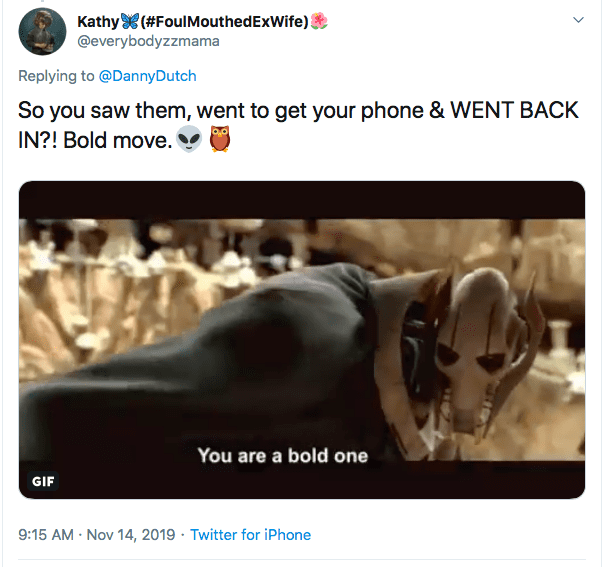 Now, if you want to unsee what you’ve just seen, we don’t blame you. But, at least we know now that aliens aren’t real. If only we can get the vision of baby owls out of our heads.

Only a mother could love those faces.

This Viral Video, “What …

Chilling ‘Be a Lady They Said…