This year will mark the first that my children don’t have a father to celebrate Father’s Day with. And they had a real kick-ass father, too. He was the one who went tubing with them off the end of the boat, crashing into the wake during those summer lake trips. He was the one who drove them for “special time” to get a treat or to buy a cool gadget or to hike at grandpa’s farm. He was the one who made pancakes on Saturday mornings and wrestled on the floor with them before bedtime.

He did all those ‘fatherly’ things right. 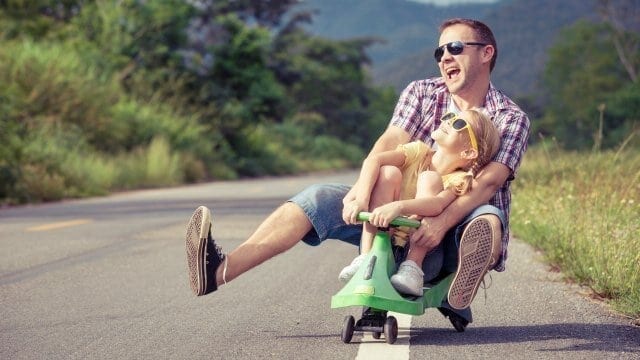 This Father’s Day, four children in a small city in Kentucky will instead visit his grave and whisper their Happy Father’s Day greetings toward the clouds. The Father’s Day crafts and cards their teachers will have them make at school will all end up weighted down by rocks ontop of a silver headstone at a cemetery off Ky. 16. 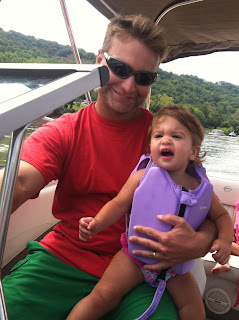 These past several months have been a blur of emotion–a tidal wave of grief and sadness, anger and fear. There have been countless times my children have felt the stinging absence of their father. I saw it in their sad eyes at Easter mass this year, as we sat in a pew behind a father holding his newborn son. I saw it when they noticed the little boy in front of us in line at Dunkin Donuts, who was holding his father’s hand as they ordered munchkins and milk together. I saw it when the twins left for their father-daughter dance at school wishing daddy was taking them instead of their uncle (sorry Justin!)

I see it in my little one’s eyes some nights when she cries to be “normal” again and have her daddy back home. I see it when my son glances over to the sidelines during the soccer games– yep, it’s still just me here, buddy, and I’m so sorry. But I can tell you with every piece of honesty in my being that he would have given anything to be here watching your game, too.

Now more than ever, I notice other fathers with their children. I study their interaction and painfully watch every touch, every smile, every word between fathers and their children. I envy it. I miss it. I wish it for my own children again. But as painful as it is to see and although it usually brings me to tears, I also celebrate it. 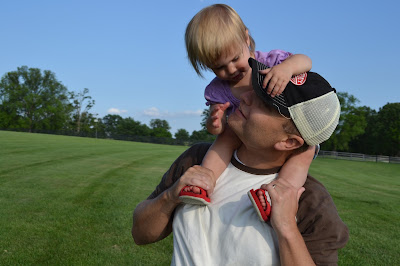 These fathers– who only by beautiful chance and luck get to be alive and well here with their children every day– are doing a good job. Simply by being present. They are cheering them on at soccer games, they are devoting time to coaching their daughter’s basketball team, they are treating their son to donuts on Saturday morning. They are giving piggyback rides and wrestling on the floor. They are laughing and loving on their kids every day. 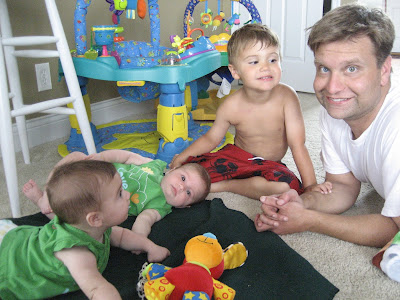 
A Live CoComelon Tour Is Happening….

Duchess Kate Is All Of Us Dealing W…

Over the past weekend, the world watched as the Royal Family and the Commonwealth of Nations celebrated the Platinum Jubilee … Read More