I came late to “Game of Thrones.” I know just enough to have enjoyed the excitement of this last season. My daughter Miriam is six years old and not usually in bed before 9 p.m. Miriam also knows which shows are just pretend.

She knows what actors do and about special effects.

It was close to 9 p.m. and we were all settled in for the second-to-the-last episode of “Game of Thrones” or, as Miriam calls it, “The Dragon Show.”

Within the first few minutes of the show, Miriam had asked one bajillion questions, mostly about how old all the characters were. I relegated my husband to the smaller TV in the bedroom so he could at least watch in peace.

Miriam and I remained on the couch where her questions continued to amuse me. Like I said, I’m only sort of into it all.

**Spoiler Alert**
When Daenerys sentenced Varys to death and her dragon slowly appeared out of the darkness behind her head, my little TV critic did not hold back. I was so very proud of her usage.

Many of you are probably thinking some very valid thoughts right now. Such as:

“You let your 6-year-old watch Game of Thrones???!!”
“You’re setting a bad example for your child.”
“What the fuck kind of mother are you??!”

I didn’t plan on raising my daughter with the “bad words are OK at home” rule. It just kind of happened.

I would giggle as she shyly repeated in her tiny voice my “OH SHIT” when I’d forget something upstairs after already buckling her into her car seat.

And when that car wouldn’t move forward in the intersection to make the left-hand turn, “WHAT THE FUCK, LADY?!” coming out of her little face was simply hysterical.

We would always miss the light and spend the next 60 seconds saying “WHAT THE FUCK, LADY?!” over and over while cracking up. We were breaking the rules.

It was a bonding experience. Different than the ordinary Mommy & Me activity, but it worked for us.

I grew up with three older brothers who had colorful vocabularies. Whether they were cursing out each other for touching each other’s stuff or simply describing their days, the “fucks” and “shits” just flew willy nilly.

My mother would occasionally cringe, but correcting bad language was far from her mothering priorities. My father worked very long days and she was surrounded by testosterone. It was just how we communicated.

Cursing can lower stress levels and be used as a coping mechanism.

Cursing can be used as a form of expressing emotions in a primitive way. Also, for us, being free to curse at home has been bonding. Almost like a secret language.

To be sure, I’m not immune to the judgment of other parents. I do believe parents have a strong case for punishing bad language, at home or elsewhere. Society will assume you’re less intelligent, less kind, less everything if profanity infuses your vocabulary.

But here’s my credo, if you will. These are simply words. 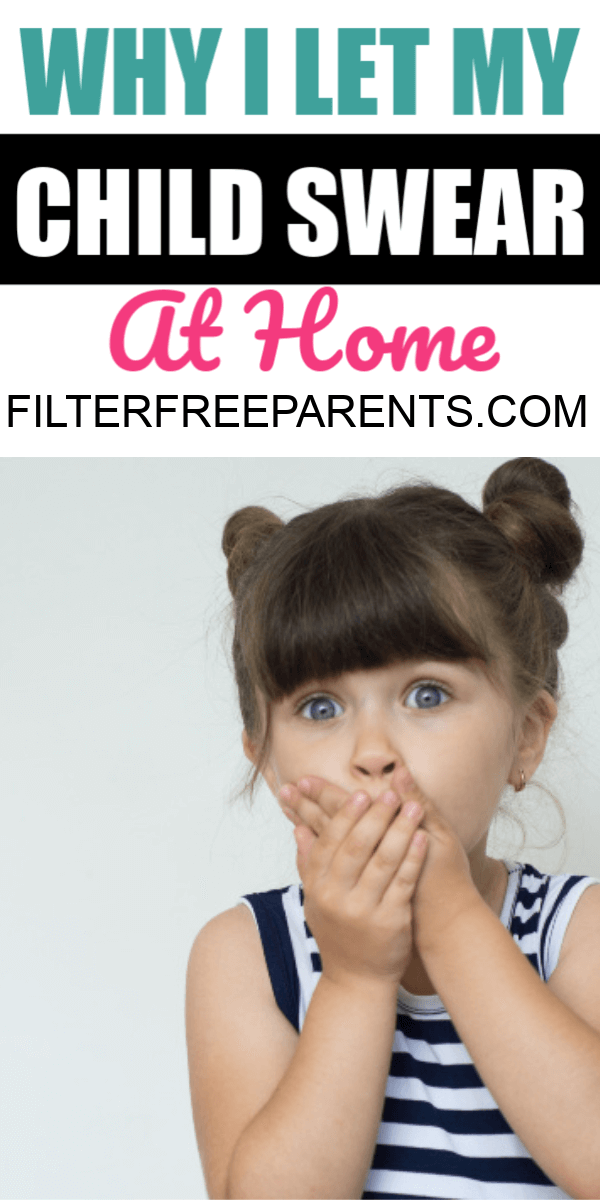 “Fuck” is harmless compared to what damage many non-curse words can do.

As long as my daughter knows that these words are not to be said outside the safety of our home, we are good with it. And it’s worked out so far.

When the older kids at the playground or running amok outside the movie theater in town on Friday night are shouting bad words at each other, she tells me, “Mommy, those kids are saying bad words. They shouldn’t do that.”

Yes, she’s six and she curses. But she is also the first kid to tell you she likes your hair or your pretty dress. She’s the first kid to say hello to another kid who may need a friend. So, all in all, I think we’re doing pretty damn good.

Inflation Will Cost Families a…

If your kid has done any kind of virtual learning, then you know just how weird the whole process can … Read More