Think back to the day you first met your child. Did you look down into their precious face and think to yourself,

“I will absolutely destroy anyone who tries to HARM you.”

I bet you did. This fundamental parenting instinct is as old as time itself.

Hollywood built the entire blockbuster Taken series around this concept. But while Liam Neeson’s Bryan Mills character was a fictional badass, one hero mom in California is absolutely the real deal.

She literally punched a mountain lion in the face to save her baby.

According to the Guardian, an everyday mom (whose identity has been kept confidential) in an everyday neighborhood in Carlsbad, CA was inside her house while her five-year-old son played in the yard.

She heard a raucous and ran outside to find a 65-pound mountain lion dragging her child away.

The mountain lion had taken the child about 45 yards when the mom leaped in to fight her child’s attacker.

“She ran out of the house and started punching and striking the mountain lion with her bare hands and got him off her son,” said Captain Patrick Foy, a spokesman with the California Department of Fish and Wildlife.

This mom’s bravery undoubtedly saved her son. I’m sure it was a split-second reaction driven by that primal urge that’s activated when anything threatens our precious children. 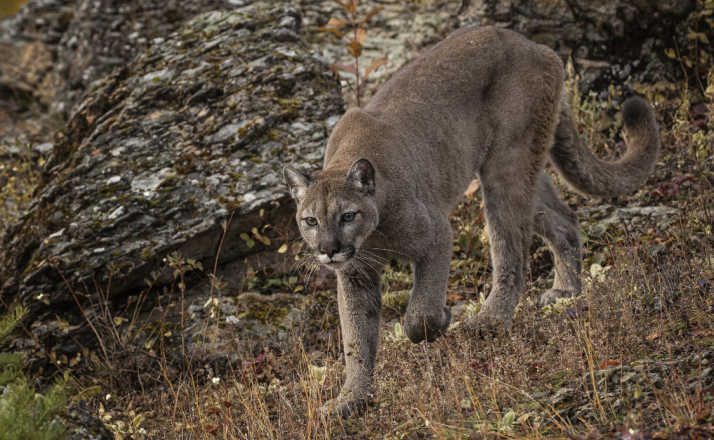 But I can’t help thinking about how terrified and helpless this poor mother must have felt.

To just be going about your day at home and see a wild animal attacking your baby? To end up in a fight for your child’s life in your own front yard?

I can’t watch suspenseful TV shows because they’re too upsetting.

Reading the newspaper is a struggle because the stories makes me anxious.

I worry about tricky people and cars that speed through our neighborhood.

But you know what I’ve never once worried about? A freaking wild animal coming into my yard and dragging my child away.

While this mother’s courageous actions were incredible, in many ways, they weren’t an isolated occurrence.

I mean, sure, mountain lion attacks are rare (thank goodness!).

But you don’t have to look too far to find examples of brave parents doing everything in their power to protect their children.

This mom tackled a man she found spying on her daughter.

This mom fell five stories in a building collapse and still managed to pull her daughter to safety, despite a broken pelvis.

Mothers are amazing! And the love and protection we feel toward our children is a force unlike any other.

I’m so grateful this powerful force saved the little boy involved in this terrifying incident. The mountain lion did seriously injure the child, but the boy is now in stable condition at a Los Angeles hospital.

“The true hero of this story is his mom because she absolutely saved her son’s life,” said Captain Foy.

What happened to the mountain lion?

According to Captain Foy, the department sent a wildlife officer to the scene. The officer encountered an “aggressive” mountain lion crouching in the bushes, hissing with its ears back.

They euthanized that mountain lion and DNA testing confirmed it was the same animal who attacked the boy.

Some residents were upset to learn the mountain lion had been killed, but Captain Foy explained why this was a necessary course of action. He told the LA Times,

“It was trying to kill and eat that child, unfortunately… Many members of the public don’t want to ever think of a human being as a prey item. It does happen sometimes.”

The officers also found another mountain lion in the area, but it was not involved in the attack. That lion was tranquilized and released back into the wild.

I know everyone joins me in sending well wishes for a speedy recovery to the little boy — and strength and peace for his parents, especially his warrior mother.

The coronavirus epidemic isn’t funny. In the past month over a thousand people have died from the mysterious illness and … Read More