“If your friends jumped off a bridge, would you?”

“Actually yes! Yes I would!” I told my mom defiantly. But she knew the truth. No, no I would not. Because I’m deathly afraid of heights. And also of dying. I was 12-years-old. And now, as a parent, I’ve uttered the same words, on more than one occasion.

But one man-boy seems to have ignored the age old adage, laughed maniacally in its face, and jumped overboard. On purpose. More than 100 feet. Off of a Royal Caribbean cruise ship balcony.

While those of us with common sense (and who are clearly meant to survive and populate the planet) are shaking our heads and screaming, “WHY?!” There are the “others.” The ones who just don’t…think. Like teenagers, for example (not your teen, obvs). Who view this viral video, with its 258,000 views, and are giving this idiot a virtual high-five.

Because people can be so dumb.

The reality is people, most often kids, have been doing stupid things forever.

You just never heard about it unless you were double-dog dared in the school yard. I was in junior high in the mid-80s when kids started doing the pass-out challenge at recess. A kid would stand against the school wall while someone would push on his chest until he passed out, the goal being to get high through temporary asphyxiation.

The challenge eventually found its way to the World Wide Web, and now? There are more than 95 MILLION results for “how to play pass out game”.

But this is just one of many in a long line of horrendously stupid and dangerous challenges out there.

And our kids are seeing them. And in some cases? Doing them.

Remember last year? The American Association of Poison Control Centres had to release a warning about the danger of consuming Tide Pods. DO NOT EAT THEM. In a completely moronic challenge that went viral in January 2018, kids were videoing themselves biting into the pods and daring others to do the same. 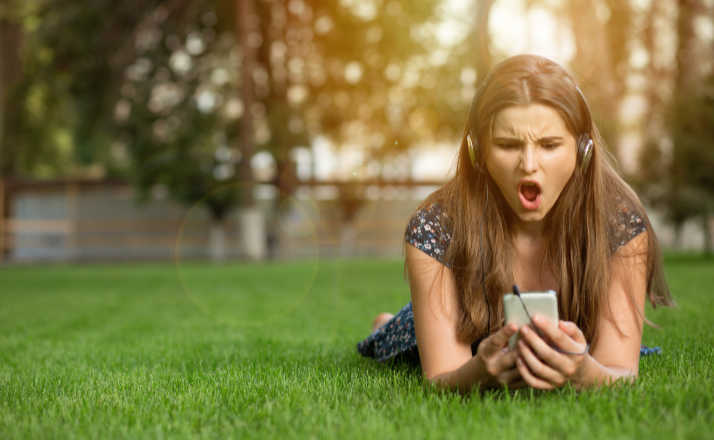 Kids. That’s who. Particularly between the ages of 11 and 16. Maybe even yours.

Other asinine challenges that have gone viral are:

YouTube recently announced that it will be banning creators from depicting “dangerous challenges and pranks.”

Clearly these challenges are not without serious consequences. In some cases leading to death.

While some may shrug their shoulders and say, “Meh, survival of the fittest,” it’s not that simple. Kids brains are not fully developed. Their prefrontal cortex – the rational part of the brain – is still developing.

Which means kids do dumb shit.

They are constantly testing their boundaries while believing they are invincible. They seek thrills and the acceptance and adoration of their peers. Social media has opened up a big old can of scary where popularity is King.

While wanting to be the “cool kid” is nothing new, teens are feeling more pressure than ever to one-up each other and become the next breakout star.

So they do stupid things for 5-minutes of fame in an attempt to garner validation in the form of likes and views.

Parenting in the digital age is not for the faint of heart. The reality is that our kids are more tech savvy than we are. Want to know how to code something? Ask an 8-year-old. Need help troubleshooting an app? Find a 6-year-old. It’s almost impossible to stay ahead of our kids and the challenges they face.

But growing up in the digital age is even harder. 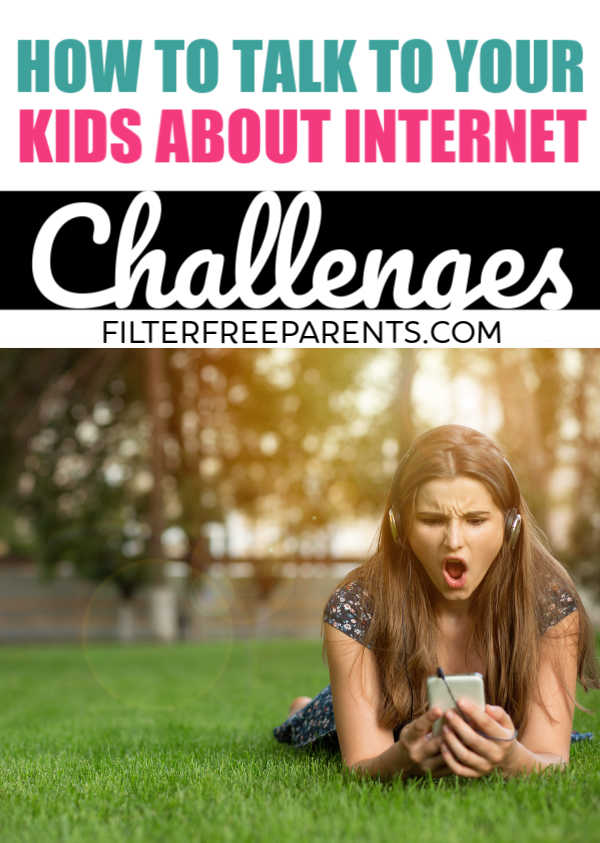 So how do we prevent our own kids from doing dangerous challenges?

Easy, burn all the devices and pack up and move out to the middle of the bush. Just kidding. Sort of.

While I question the half-wits who come up with these ideas we cannot pretend that these challenges don’t exist. They’re out there. Chances are our kids know about them before we do.

Communication is key. We need to talk to our kids and open up the dialogue. Ask them questions. Have you heard of this? What do you think of it? What would you do if someone dared you to do this? Discuss what the possible outcomes are.

And remind them, “Don’t do dumb shit for the internet! You will diiiiie!” Okay, maybe not the last part.

It’s our job to help our kids out and guide them in making smart choices.

Half the time they know not what they do. Set up rules and boundaries around their internet usage and closely monitor their use of social media, YouTube, and the internet. They may be exposed to so much more than we were growing up but it doesn’t mean they know how to handle it.

It also doesn’t hurt to yell after them, “Don’t do anything stupid!” as they head out the door. Just sayin’.

Hilarious Viral TikTok Is For …