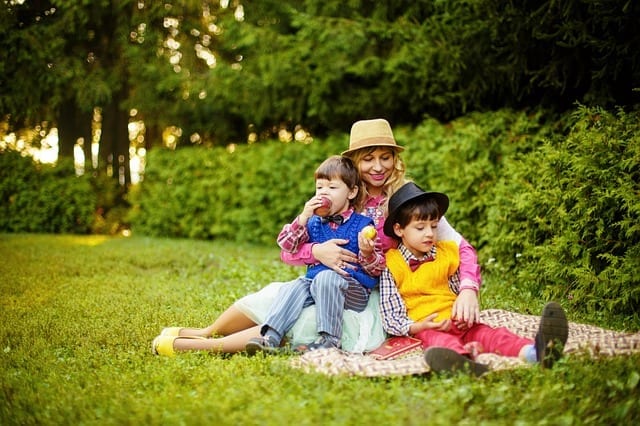 Though the current generation boasts of moving past outdated preconceptions such as gender stereotypes, it still finds it tough to escape this traditional bias. Statistics about the unequal representation of women in the STEM domain and leadership positions and men in nursing and hospitality segment tell us that gender stereotypes still exist.

When you walk into a kid store to buy a toy for your little one, it is natural to see the boys’ section full of cars and superheroes and the girls’ aisle flooded with dolls and paper-quilling or jewelry-making kits. Thus, parents and children often find themselves immersed in an environment that perpetuates gender stereotypes through the clothing, the toys, the books, the hobbies, and the television shows, having a profound effect on the way kids are parented.

Being a female working professional, you would have often experienced instances of gender stereotyping at work and its impact on your quality of life. Young children believe they achieve anything in life. However, gender stereotypes limit their dreams and experiences, severely affecting their confidence and ability to achieve their ambitions.

As a working mother, you may want to raise a child who didn’t make a big deal of gender. Here are four practical ways to avoid gender stereotyping in your kid, enabling you to raise a strong girl/boy who feels empowered to follow his/her dreams.

1.Keep a Check on Your Own Attitude

You are your child’s first and most influential teacher. Consequently, your behavior and attitude will affect the way he/she thinks about the other gender.

Children are extremely perceptive and are quick to analyze the behavior of those around them. They listen to the conversations between their parents and other family members with respect to the various household responsibilities.

Talk to your significant other and swap responsibilities to dispel the notion that chores are based on an individual’s gender. For instance, taking turns at managing the domestic as well as outdoor chores will help you raise a child who is free of any gender bias.

If your kid sees you spending more time in the kitchen, he/she may naturally assume it to be a ‘girl thing.’ Similarly, if he/she sees his/her father coming home late from work, he/she may assume that earning bread for the family is a ‘boy thing.’

Work with your spouse to break these gender stereotypes. Volunteer to mow the lawn or wash the car when your husband is busy at work. Likewise, let your husband take over the kitchen to cook a meal while you take your child out for a walk or grocery shopping. However, remember not to make a fuss about it.

Changing the gender-biased mindset is all about changing your attitude and behavior. Once you have resolved to diminish these stereotypes, everything will follow naturally, making it easy for your kid to understand that tasks are performed based on one’s capabilities and willingness and not the gender.

On countless occasions, adults knowingly or unknowingly tend to make generalized statements based on gender. For instance, generalizations such as, ‘Boys are good at football,’ ‘Girls are good at baking,’ or even ‘Girls can compete with boys in every field’ can negatively affect a child’s psychology, forcing him/her to see the world through the lens of the social and the cultural stereotypes. In fact, a recent study published in Child Development shares that such generalized statements can lead kids as young as two years old to understand and accept these gender-based stereotypes, negatively altering their personality and behavior.

Instead of making general claims, be specific about the situation by saying things such as, ‘Those boys are good at football,’ ‘Sarah is good at baking,’ or ‘You can achieve anything you want to!’

Also, watch out for signs of generalizations in your kid. At times you may find him/her making statements such as, ‘Boys drive motorbikes’ or ‘Girls love dollhouses.’ Understand that in these cases, your kid is actually referring to a specific person. Respond to such statements by asking questions that will help him/her to be specific instead of generalizing.

For instance, you can simply say, ‘Who did you see riding a motorbike?’ If he/she has someone in mind, you can say, ‘Yes, that man loves to ride a motorbike, and so does your aunt and your grandpa!’ This approach will encourage your child to talk about individuals instead of a gender group.

3.Expose Him/Her to a Variety of Experiences

Despite the inevitable ‘pink and blue’ bombardment through the television serials and commercials, expose your child to a wide range of gender-neutral experiences that can enhance his/her gross and fine motor skills. Several online shopping sites offer a wide range of games and activities that help kids play together as a team, helping them enjoy the variety regardless of the gender.

Furthermore, remember that gender-neutrality begins at home. Every decision you make, from choosing the theme for your kid’s party to buying him/her a new toy comes with a psychological and social cost that your child will pay. Let them have toys, but do not tell how to play with them. A good example would be getting them a Kiss Reborn baby, a lifelike doll that is certainly not exclusive for a gender. In fact, it teaches children the concept of empathy and responsibility.

Actions such as choosing a gender-based theme for your kid’s bedroom may sound exciting; however, they can have a lasting negative effect on your child’s personality and thought process. Instead, try using a gender-neutral theme for his/her bedroom and let him/her decorate it in his/her own way. Encouraging a gender-neutral philosophy will enable your little one to develop a strong identity without any limitations.

Talk to your kids about people who challenged the gender prejudices and chased their aspirations despite all odds. Several books, stories, and movies about nonconformists who defied the society’s gender-biased mindset can help your kid realize that no one can limit his/her potential and nothing is impossible for him/her.

Additionally, several professions and industries are perceived to be ideal for a particular gender. For instance, the STEM (Science, Technology, Engineering, and Mathematics) domain is perceived to be unevenly weighted towards males. Similarly, the society prefers and expects women to take up professions such as nursing and baking. Such gender biases can create a huge impact on your child’s behavior and attitude, affecting his/her career choices and ability to achieve success.

Be an active role-model for your kid by speaking against gender stereotypes in his/her presence. In order to raise your child in a gender-neutral environment, point out examples of people who braved the gender stereotypes that exist in various professions. For instance, let your child interact with a male nurse who cares for his patients or a female mechanic, electrician, or plumber. This will help your child realize that every individual is free to choose his/her profession irrespective of the gender.

A child learns about genders by observing his/her parent’s attitudes and behavior. The traditional gender stereotypes have a huge effect on the kid’s psychology, impeding his/her career, relationships, and self-worth.

Use the above-mentioned tips to empower your kid to break past the society’s prejudices, raising him/her to live life without any limitations.

Korie a full-time writer who writes about living and lifestyle, she likes getting perspective on various topics of interest, which range from bullet journaling to creating the perfect terrarium! Find her on @Twitter.