Do you have a friend who will never give you a date that they’re free to meet up? Who messages I’m kinda busy, you girls sort something out and I’ll see if I can do it?

Or one who regularly cancels at the last minute and you hear later they were mixing it up with someone else? Ever been invited to the second half of a celebration because you didn’t make the invite list for the main event?

These are the kind of things that happen when someone considers you a second tier back up friend.

They like you, they kind of stay in touch but they don’t prioritise you enough to actually meet up. They’re the I’ll let you know, it could be good, I would love to but don’t pin me down to anything, I’m saying yes in theory kind of a friend. They’re also the I like you but not enough to pay for your meal at MY WEDDING friend. Like many other women, I experienced a friend drought after having my first baby. My old friends still loved me, I found out years later, but they weren’t ready for this journey of babies that spit up and staying home on a Friday night without wine.

So like a lot of new moms, I started slowly making new friends who were cool with hanging out around brightly colored playgrounds and having their conversations interrupted mid-sentence to sort out some kid drama or other.

Now I find the landscape is changing again. Some of my pre-kid friends are back in the mix and other friends I’ve made in the mom years have disappeared. Maybe it’s life. Maybe it’s personalities. Maybe this is just how people are.

It’s possible that between social media keeping us connected and the instantaneousness of messaging, people stay hooked in FRIENDSHIP GROUPS that would have dissolved in previous generations through the sheer difficulty of communicating.

When I was younger I was sometimes a back up friend in the spirit of niceness or nostalgia and the fact that I had 7 nights a week to socialize. But now I seem to be in a take no bull shit stage of my life. I won’t be someone’s last priority anymore. I won’t chase you if you won’t give me a date to meet or don’t respond at all. 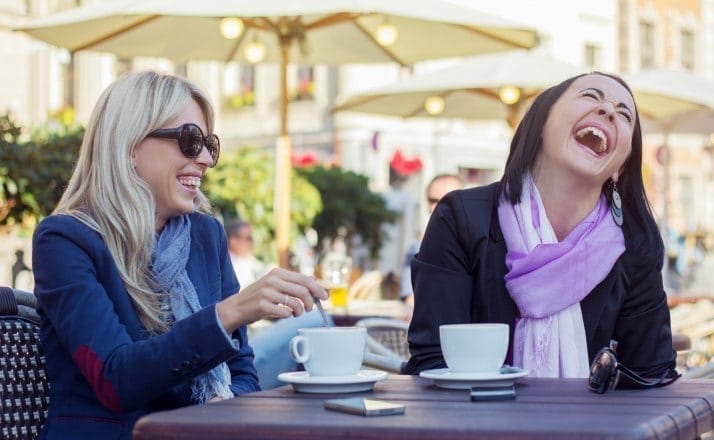 Likewise, if you only make contact when you want me to buy your latest direct sales product, I’m done. Even though getting out of my pajamas on a Saturday night is tempting, I’m not getting a babysitter to make up numbers at your event or subsidise your $1500  a year skin moisturiser routine.

I’m not talking about those friends who withdraw for a while because they are going through something huge, like divorce or MENTAL ILLNESS. It’s more those that see me as expendable at the last minute or as a slush fund for their fundraiser mountain climb or money earner.

There’s a limit to how long good will and past memories can sustain these kinds of friendships. Although I don’t recommend pulling this stuff on first tier friends either.

A lot of moms talk about ghosting their friends instead of being honest. I’m not that friend. I find myself saying I’m not doing this anymore.

If no one will commit to a date, I don’t have time for these message round-ups. Thanks for the invite but I’ll be sitting these out permanently.

Sometimes I wonder if I’m being too harsh. But personally, I hate being ghosted or having people repeatedly reject invitations out of politeness when they have stopped wanting to meet up for years. Please, be upfront, so we can all stop wasting each other’s time for the sake of old times.

I think there will be some years coming when there will be more time for a social life but it’s not now. I doubt I’ll ever tolerate being a second tier friend again. With the little time I have, I’m giving my time to those friends that make the time and effort to see me.

I won’t be your second tier friend.

One of the stranger by-products of kids using social media is the “challenge” phenomenon. The origins of many of these … Read More

Man Tweets About His First Christma…