I have “that” kid. The spirited child. The energetic one. The one that is constantly bouncing off the walls.

I have the kid who makes always makes a scene at Target.  The one who doesn’t believe in the word “no”.

He just had his first day of Kindergarten where he opened the emergency exit on his window. Last night, he danced on the table at his sister’s preschool open house. He marches to the beat of his own drum, leaving the rest of us speechless. I know what it looks like, I understand how he can come off…Out. Of. Control.

I also know how I come off, as a pushover.

It’s hard because none of those are accurate representations of us…especially him. 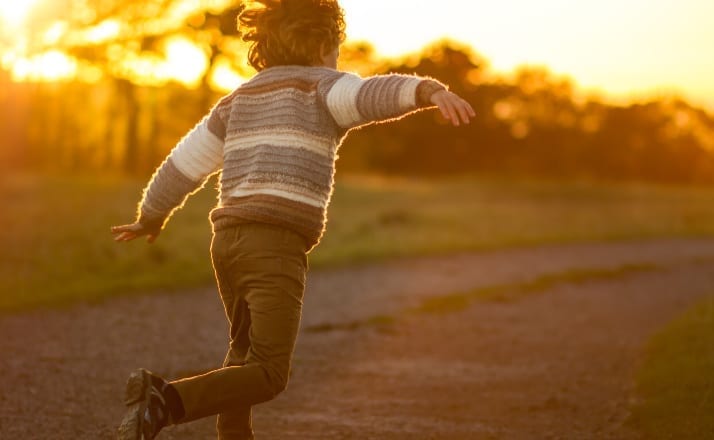 You might see a kid who doesn’t understand personal space and is always trying to touch your baby, but I know he is just a little boy with a lot of love to share.

I do try to reign him in, but it’s impossible for me to control everything he does…and I DO do my fair share of apologizing for his actions.

At the end of the day, however, I’m unbelievably proud of the boy he is and the man I see him becoming.

His outgoing spirit means he isn’t afraid, I hope that he grows up free of the crippling anxiety I’ve experienced all my life. His constant questions show he is always ready to learn, even if he doesn’t always like the answers.

I know that I’m raising “that” kid. (Do I get bonus parent points for self awareness!?)

I often feel like it is my job in life to go in public and have my kids behaving worse than everyone else’s just to make my fellow moms feel better. But at the end of the day, I know that my son is young.

He’s just beginning to develop the characteristics that will serve him well in life. He isn’t a finished product yet, but rather a work in progress. I know that the days are long, but the years are short. I can’t wait to see what those years have in store for us (and I know it will be a wild ride)!

This post first appeared on Not Your Mama’s OCD


People are Outraged that Restaurant…