Filter Free Parents
Home Health + Wellness I Realized I’m Afraid To Be Happy. And You Might Be Too...

With all the terrifying things that exist in the world (a giant spider in South America that’s big enough to eat a bird, for example) it seems like a joke to say that a person could actually be afraid to be happy.

As if something as innocent as happiness could harm us in some way. In fact, it doesn’t even sound possible.

Isn’t happiness the antidote to fear? It makes no sense. Yes, well, welcome to my life. Chaos and confusion abound.

Believe it or not, there’s even an official word for the condition I have: cherophobia.

You probably won’t find the term in any medical books- yet- but it’s common enough that someone felt the need to give it a name. It basically translates to “fear of rejoicing.”

Now why would a person be afraid to be happy?

Simple. Being happy means you’ve let down your guard, leaving you vulnerable to attack.

And an attack will definitely come, because nothing good happens without something bad following it (or so I’ve come to believe through the years). So while you are busy celebrating good news, I’m suspiciously looking around, waiting for an ambush. In my mind, everything is a Trojan horse.

Cherophobia is not the same thing as depression (though, I’ve certainly experienced that, too).

I have spent the majority of my life trying to stay in a safe, neutral place. Just like I don’t want to dip too low emotionally, I don’t want to get too high either. If I allow myself to float up to Cloud 9, it’s going to be too painful when I come crashing down. It’s a lot easier to survive falling from a stepstool than it is a tall ladder. 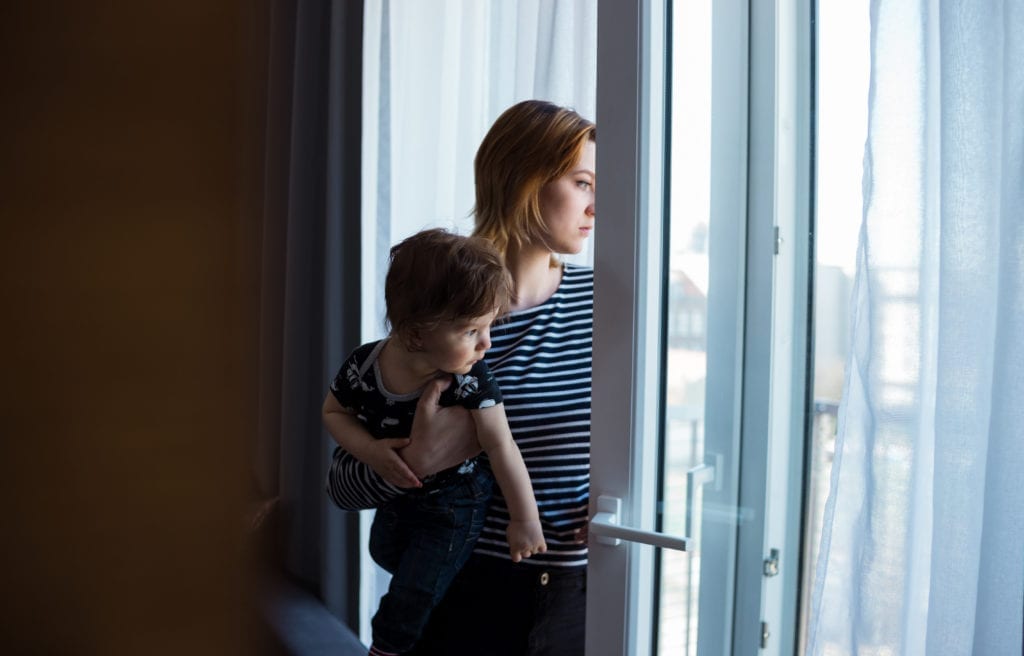 My deep-rooted fear to be happy stems from my childhood most likely.

I had a stepmother who was not very kind to me. While she was not physically abusive, she was manipulative, which is particularly difficult when you’re a child pitted against an adult.

She would regularly do things like allow me to go to the theater with friends only to call right before the movie began and insist I come home because when I washed the dishes that morning I’d forgotten to get a dirty drinking glass from the coffee table.

Once she came home with a box of cupcakes and got me excited about the gorgeous pink icing only to tell me I wasn’t allowed to have any because I’d admitted to only brushing my teeth twice the day before instead of three times.

There was a Friday afternoon when I was expecting my biological mom to pick me up. My stepmother already knew that my bio mom’s car had broken down and that she wasn’t coming, but instead of telling me this, she let me sit on the front steps with my duffel bag for hours eagerly waiting.

Then, once I finally gave up and came inside, shoulders slumped, my stepmother casually commented that my mom just didn’t love me enough to make the trip when she had better things to do with her weekend.

I’m afraid to be happy and I learned early on to believe that any nice thing that came my way was too good to be true.

Everything that brought me happiness and excitement was a trap, a trick, just a setup for disappointment.

The worst part is that as an adult, I’m not the only who is affected by my fear of happiness.

I’m afraid to be happy because it feels as though by having a good time, I’ll invite something bad to happen.

Similarly, when someone close to me tells me about something good that is in the works for them, I struggle with being upbeat and supportive about it. I don’t mean to be hurtful.

In my mind, I’m doing them a favor, by balancing the cosmic scales.

If they’re being too positive or hopeful, I think I have to be negative to prevent something bad from happening. Or maybe I’m just trying to protect them from disappointment by lowering their expectations.

Either way, it comes across as though I don’t believe in them or value them, and that sucks.

I’m afraid to be happy and I’m even afraid to acknowledge things in my life I’m grateful for, because I feel like I’m just putting a target on those things.

If I say, “hey, I love this,” then I’m tempting the universe to take it away from.

As a mom of three incredibly smart and beautiful kids, and as the partner to a loving and talented man, I don’t want to keep living like this.

I want to show them the unconditional support they deserve without tailspinning into a panic attack. I want to encourage them and teach them to believe for the best, not be the person who dashes their hopes.

I don’t want to be the Eeyore who brings them down when they’re bouncing with excitement like Tigger.

What I really don’t want is to accidentally teach my kids to be suspicious and skittish as I was taught. I don’t want them to be afraid to be happy.

Thanks to therapy and a lot of journaling (and a little Prozac tbh) I’ve made progress.

There’s no magic cure. I still struggle with being afraid of my own happiness. The thing is, I’m more afraid of not enjoying my life.

Because it’s a pretty damn good one. 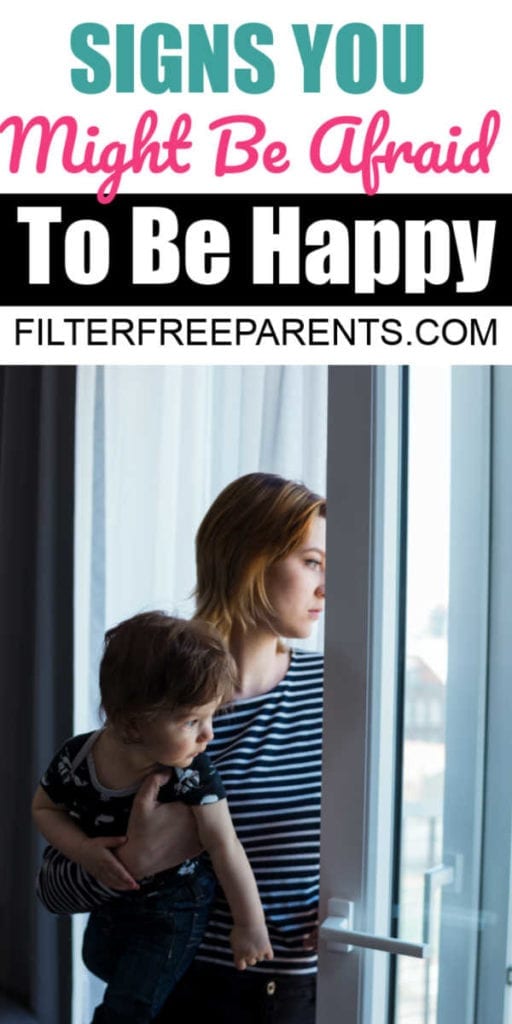