NO MEANS NO. No is one of the first words we teach our kids. No touch, no bite, no hit. It is one of the most common words in the English language and yet, there are people out there who surprisingly, don’t know what the word means.

I’ll help you out with this one. According to the Merriam-Webster Dictionary, no is “used to express negation, dissent, denial, or refusal.” It is a word that by middle school all students should know, understand, and respect. When someone says no, it means no. Not yes. Or maybe. Or I don’t know. It’s NO. That’s it.

But apparently it isn’t.

A Valentine’s Day dance at a middle school in Utah has sparked controversy and debate over whether or not it’s acceptable to have a “yes only policy” when students ask one another to dance.

The short answer is no. The long answer, also no.

Rich Middle School in Laketown, Utah came under fire when a concerned mother voiced her outrage after her 11-year-old daughter, Azlyn, was forced to slow dance with someone who made her feel uncomfortable, even after saying no.

The school requires ALL students, BOYS AND GIRLS, attending a school dance to say yes when asked to dance. The songs alternate between girls’ choice and boys’ choice. 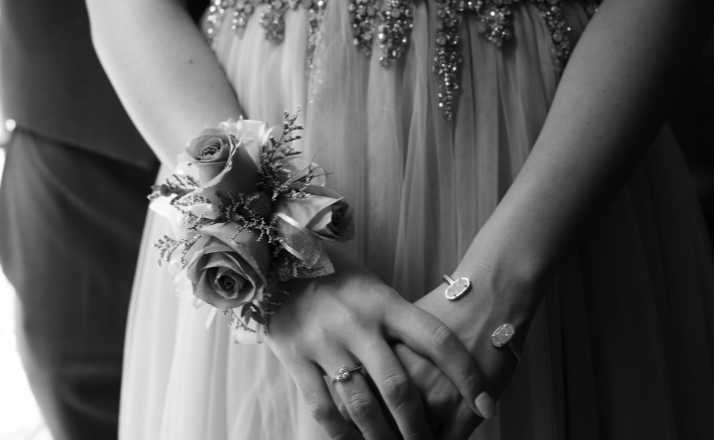 Alicia Hobson posted a complaint about the policy on her Facebook page. She also reached out to the principal of the school and the superintendent.

In an interview with the Washington Post, Hobson said that Azlyn was very excited the morning of the Valentine’s Day dance. She carefully chose her outfit and did her hair. The 6th grader was hoping that she would have the opportunity to dance with the boy she had a crush on.

But the dance took an ugly turn for Azlyn as her mother explains on her Facebook post:

A kid at school that makes my daughter uncomfortable asked her to dance at the school dance on Valentine’s Day. She tried to say no thank you, and the principal overheard and intervened and told her she’s not allowed to say no and that she has to dance with him.

Azlyn told The Salt Lake Tribune, “I just didn’t like it at all.”

Her mother is now fighting for her daughter’s right to say no.

The point is that this kid makes my daughter feel uncomfortable. She should not have to stand close to him with his hands on her if she doesn’t want to. She has the right to say no to anyone for any reason or no reason. Her body is her body and if she doesn’t want to dance with someone, that’s her prerogative.

Hobson makes it clear that the policy is mired in problems. She feels that it encourages kindness over bodily autonomy, perpetuates rape culture, and fails to teach kids how to handle rejection appropriately.

The principal, Kip Motta, defended his school’s position in an interview with The Salt Lake Tribune saying:

“We want to protect every child’s right to be safe and comfortable at school. We believe in that 100%. We also believe that all children should be included in activities. The reason for the policy as we have had it (in the) past is to make sure no kids feel like they get left out.”

As a result of Hobson’s complaint, the policy is currently under review for next year.

This isn’t the first time a Utah elementary school has dealt with the backlash of a “yes only policy.”

In 2018, Kanesville Elementary School in Ogden, Utah created dance cards for students. The 6th graders were told that they could only dance with a classmate once. The students were also instructed that they could not turn down a request to dance. The policy was later rescinded.

Inclusion is important and the reasoning behind the policy is to protect students from the pain of rejection. While understandable, it is misguided. We are a generation that consistently seems to put the feelings of everyone at the forefront (participation trophies for example) and by doing so, we are failing our kids.

Yes, we should be teaching our children kindness, empathy, and manners. However, we should also teach them that rejection is a part of life and how to deal with it graciously.

We should not teach them that when they say no it doesn’t always mean no. Forced physical contact blatantly ignores an individual’s right to personal boundaries.

Making someone do something that makes them uncomfortable is a violation.

I have a daughter in middle school. She is a people pleaser. She is sweet and kind. And I worry. I worry that one day she won’t say no for fear of hurting someone’s feelings.

I am constantly telling her it’s okay to say no. It’s her RIGHT to say no. We talk a lot about consent. How important it is that she is aware of her right to deny or accept physical touch. That it is her prerogative to establish and maintain personal boundaries that others need to respect so that she feels safe. That her body? Is hers, and hers alone.

If she were to get this conflicting message from school? I would be angry too.

“the lessons girls learn when they’re young about setting physical boundaries and expecting them to be respected last a lifetime, and can influence how she feels about herself and her body as she gets older.”

As my daughter enters the teenage years and the pressure mounts, I want her to know, without a doubt, that she has control over her own body.

And on the day when someone says to her, “Oh baby you don’t really mean it,” I want her to stand firm in her convictions. To know her value and her worth. And to be strong in her stance. I want her to know that when she says “NO,” it really means NO.

And I want that boy, the one who questions her, to know and understand the power of the word no. To accept it for what it is and to respect the meaning behind it.

I also want my sons to have the same bodily autonomy as their sister. I want them to know that they have the right to govern their own bodies and to respect the same right in others.

N-O doesn’t just spell no. It means it.

NO MEANS NO.A kid at school that makes my daughter uncomfortable asked her to dance at the school dance on Valentine's…

Ask any parent of a kindergartner, and they will tell you that kids do not ever stop talking and asking … Read More