Filter Free Parents
Home Mom Life Encouragement Of Course I Love My Boys, But I Wish I Had A...

I’m a boy mom who wishes she had a daughter.

Sometimes this feeling presents itself as a gentle nudge in the back of my mind, and sometimes it’s a full-force obsession of the heart that I can’t seem to shake. Lately, this feeling has been presenting itself as one of loss.

I see the bond between my sister-in-law and niece, and the one between my best friend and her daughter; I so badly want that.

My boys are Mama’s boys. They are my favorite side-kicks day in and day out. I love their boy-ness and the rough and tumble nature of their breed in all of its messy glory. 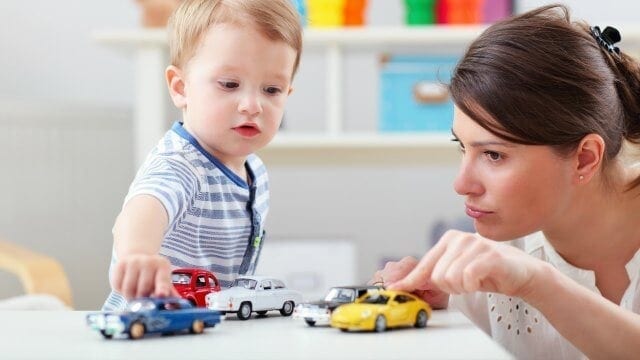 I’m under no false illusions that boys and girls can’t (and don’t) possess many of the same qualities. The niece I mentioned above is a force to be reckoned with; a spitfire and a half. But in my mind, there are so many experiences that I would love to share with a little girl.

As my future stands right now, I’ll never know the joy of taking my mini-me on a girl’s day. I’ll never sit side-by-side with her as she gets her first pedicure.

I’ll never get to take her to the mall for some “just because,” shopping, or introduce her to the joys of the Target dollar bins. (In fact, I’m fully aware of the fact that my boys will likely grow to despite Target as much as their Daddy does; rolling their eyes whenever I suggest we go.)

I’ll never giggle with her over a new crush, or introduce her to the magical remedy of ice cream and a Rom-Com after her first heartbreak.

I’ll never watch with tears in my eyes as my little-girl-turned-woman picks out her wedding dress, or hold her hand through the labor pains of her first child.

Hear me when I say that my sons are my life. I love them with a fierceness I never knew was possible until I laid eyes on them. They fill every crevice of my heart… but it’s a heart that I don’t feel has yet reached its full capacity.

Several months ago, I saw a little girl’s outfit hanging on the rack at TJ Maxx. It pulled at my every heartstring. It was exactly the kind of thing that I would buy for my daughter, if I had one. I walked on by, stealing a longing look at it over my shoulder.

Then, just recently, I saw it once more. There was a “Clearance” sticker displayed brightly over its original price tag. I was drawn to it, hanging there by itself. Maybe it was waiting for me, or maybe it was waiting for someone who actually has a sweet little girl at home, but either way I slipped it discreetly into my cart.

Perhaps one day I’ll have a tiny pig-tailed girl to put it on, or maybe I never will and I’ll gift it to a friend or a new precious niece somewhere down the road instead. But for now, there she hangs, right between a pair of Carhartt overalls and a football jersey.

My little piece of hope that someday this Boy Mom will be a Girl Mom too.

Tiger King On Netflix Is The M…

In news that’s been a looooong time coming, scientists have developed a male birth control pill that has successfully passed … Read More