Home Kids Elementary To The Parents Of Girls: It’s Not Your Job To Teach My...

To Parents of Girls:

It’s not your job to tell your daughters not to dress “too sexy.”

It’s not your job to warn your daughters about parties, drinking and hookup culture.

It’s not your job to teach your daughters to avoid walking alone at night.

It’s not your job to teach your daughters to avoid walking alone at anytime.

It’s not your job to tell your daughters to keep their heads down while using public transportation.

It’s not your job to encourage your daughters to say they are in a relationship to avoid unwanted attention.

It’s not your job to teach your daughters to ignore the cat calls.

It’s not your job to tell your daughters smiling or being friendly might be mistaken for wanting something sexual.

It’s not your job to give your daughters whistles, or mace, or a knife or a sharp set of keys.

It’s not your job to teach your daughters how not to get harassed or assaulted or raped.

For far too long we have made women and girls shoulder the burden for the inappropriate and often violent behavior some men inflict upon them.

Women are reminded from a young age of our status as victims, as prey in waiting. Whether it’s avoiding a street because someone tried to grab us there, or dancing in a group to better ward off jerks at the club, we spend so much of our time in this fight or flight mode.

I am a bit older. The cat calls have dwindled, I rarely go out and I am seldom alone at night in public. I am a mother, and, in many ways, my role his shifted. 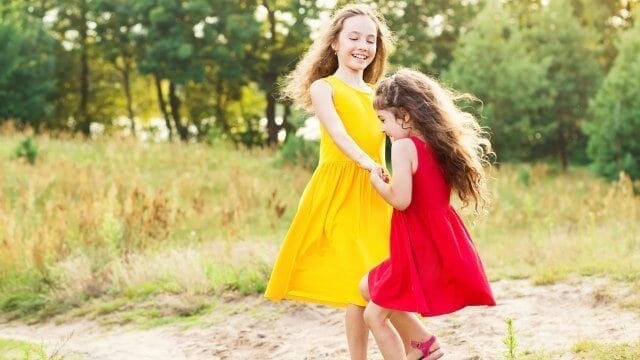 I have two boys. Though they may be small, I often wonder what they will be like as teenagers and young adults. I think about some of the unfortunate encounters I have had with guys, and wonder, will my kids turn out that way?

I know parents are not to blame for everything which may go wrong with their kids. I know perfectly lovely parents can produce perfectly horrible children. Friends, society the media, etc., all play a role in shaping how our boys view and treat women.

I also acknowledge the vulnerability of young men in our world. The thought of anything happening to my sons makes me sick. I think the stigma against reporting sexual abuse toward men needs to end, and I will never dismiss or downplay anyone’s story, regardless of gender identity.

But, because women are more likely the victims of sexual assault, molestation, violence or domestic abuse, I want to do my part to encourage my fellow parents of boys to do more.

It’s our job to teach our sons that not only does “no means no,” but often “yes doesn’t mean yes.”

It’s our job to teach our sons to not look at a drunk girl as an easy target.

It’s our job to tell our sons that shouting things at women on the street, even if the words are “nice” is harassment.

It’s our job to tell our sons that nobody should be touched in any way unless they explicitly ask for it.

It’s our job to teach our sons that buying a woman gifts, taking her out to dinner or doing anything “special” for her, doesn’t mean she is required to return the favor sexually.

It’s our job to teach our sons that hair pulling, bra snapping and butt pinching is never funny.

It’s our job to tell our sons that their sexual reputation is less important than a woman’s worth.

It’s our job to teach our sons to not help their friends engage in harmful behavior toward women, or worse let their friends help them.

It’s our job to tell our sons that sharing private photos, bragging about conquests and slut-shaming perpetuate a culture that demeans and devalues their female counterparts.

We have to put an end to this “boys will be boys” attitude about how our sons treat girls. We need to recognize the self entitlement we may have given them and how that shapes the way they view women. We can’t let girls and those who care for them shoulder the burden of their safety.

When I see one of those dad’s of daughter memes, you know, the ones with the dad threatening to kill any boy who dares to mess with their baby girl, I feel sad. I feel sad that even today, people feel like boys are still predators and girls are victims. I am angry that in many ways, this is still true. I am hurt that generation after generation goes by and nothing seems to change.

My fellow parents of boys, let’s commit to doing more to raise better men. Let’s do this so their female friends, co-workers,  and family members no longer have to fear being sexually harassed or worse.

We have a responsibility to teach our sons to treat women better, so you don’t have to teach your daughter how to be safe.

It is our job.

Gail Hoffer-Loibl is a mother of two spirited boys who inspire her to share her thoughts on parenting, kids and life in general. She writes at Maybe I’ll Shower Today. You can find her on Facebook, Twitter and Instagram.

It’s OK To Just Survive. There is no award for Outstanding Quarantine Mom.

It’s OK To Just Survive. There is no award for Outstanding...