Back in my former life, I was a proofreader.

We were a fabulous group of gals. But, I’m not going to lie — we were pretty nitpicky. And NOT the most popular in the office. In fact, we had not just one book, but multiple books by which we would mentally check each word, each phrase, each sentence.

We had rules about whether a dash should be the size of a capital “N” or a capital “M” (and yes, we did measure). We ensured the proper use of “insured,” then assured all the writers that, yes, everyone gets those words mixed up. And of course, we must never forget to correct the spacing on an ellipsis. (#.#.#.#). Very important, that one.

But we had one rule that trumped all rules:

You see, on most issues, you could get away with breaking a rule or two — as long as you were consistent.

And now, after both quitting my job and going through 3 first-trimester losses in a row (primarily surrounded by pro-lifers), I really wish I could say the same thing about life. And about pregnancy loss.

I must make a disclaimer (to all my friends and family reading this) — You did the best you could. And for the most part, I felt loved and I knew that so many of you grieved with me.

To be perfectly honest, before my losses, I didn’t quite understand that the way we pro-lifers treat miscarriage is important.

And yet after we lost Olivia, it didn’t take long for me to realize that in this Christian microcosm of ours, somehow an aborted baby had so much more to offer the world than a miscarried one. 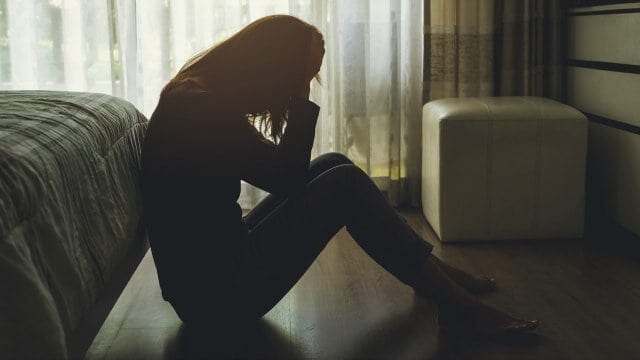 Both babies may have died at the same gestation — one by choice, the other by chance. But the value attached to each child completely depended on how that child died.

Here are some of the mixed messages I received — sometimes just hinted at, other times outright:

An aborted baby could have been the next Einstein or Bach or Mother Theresa. A miscarried baby was probably damaged goods.

An aborted baby was a real person, and should have the rights as such. A miscarried baby was not arealchild — naming them really is kinda weird. Speaking of weird . . . counting them in the line-up of your children? THAT’S weird!

An aborted baby should always be missed in this world. God had created them for a purpose, no matter what health issues they may have had. A miscarried baby was meant for heaven — and we moms should just be so thankful we have a baby in heaven, and should not grieve the loss of their place on earth. After all, they never TRULY had a place on earth, did they?

An aborted baby is a tragedy. A miscarried baby is slight bump on the road of life.

An aborted baby could never be replaced. A miscarried baby can always be replaced — “Oh, don’t worry, hon — your time will come again. You’ll have more. Just relax and trust God. You’ll see.”

This isn’t a debate about abortion. Really, it’s not.

Do you really believe life — personhood — begins at conception? If so, standing up against abortion is understandable. But so is treating a miscarriage as a real death of a real person.

What if you took it one step further?

What if you held the hand of a grieving mom who miscarried at 4 weeks, 6 weeks, 18 weeks or more?

What if you never compared the loss of a 4-weeker to a 20-weeker?

What if you didn’t try to stifle her tears? What if you welcomed them? And matched her tears with your own?

What if you held back any trite, easy answers that promised God’s will and promised easy comfort? What if you just wrapped your arms around her the way Christ would?

What if you made that meal, bought those flowers and wrote that card?

What if you went to the hospital and sat in the waiting room for her, even if you wouldn’t see her? Just because she is your friend. Just because that’s what you do when someone is sick in the hospital or their child is dying.

What if you called her child by name?

What if you prayed constantly for that hole in her heart that will one day scab, one day scar, but will never fully heal?

What if you were consistent? What if all your actions when dealing with loss of any kind, affirmed that fact that all life — ALL LIFE — is good, worthy of recognition and worthy of grief.

What if you didn’t just affirm to the world that all babies are valuable — but you also affirmed to a bereaved mom that HER baby was irreplaceable, and would forever be missed?

And I would add . . . no matter when or how they died.
This post originally appeared on The Lewis Note
Writer. Speaker. Lover of all things story. Believer in redemption. Brave mama by birth, adoption and foster care. Still learning to let go. Still learning to hold on. Regular contributor to Still Standing Magazine and Pregnancy After Loss Support. And proud founder of the #iam1in4 campaign as featured by the TODAY Show. Connect with Rachel on her blog The Lewis Note. Join her Facebook support group for women experiencing infertility, pregnancy or child loss, foster care or adoption at Brave Mamas. Find her on Facebook.

Can we all just calm the hell down about this whole mom wine culture thing? Can we just be the … Read More