Filter Free Parents
Home Health + Wellness Parents in Race Against Time To Show Their Kids the World Before...

Most of us will never see the world in person, we’ll view it through small screens as we scroll through an app. But for one family, sacrificing everything in order to get their children around the globe to create a visual memory bank has become an inspiring and heartbreaking goal.

Edith Lemay and Sebastian Pelletier are the proud parents of four beautiful children, three of whom have been diagnosed with a degenerative vision condition called Retinitis Pigmentosa.

Retinitis Pigmentoa is a genetic condition that causes permanent loss of vision over time.

For this Canadian family, that will mean that three of their four kids will be expected to lose their total vision by the time they reach their mid-30s.

“There’s nothing you can really do,” Lemay told CNN.
“We don’t know how fast it’s going to go, but we expect them to be completely blind by mid-life.”
The family learned that this genetic condition has no treatment or a known cure. But that doesn’t mean there isn’t anything the parents can do. 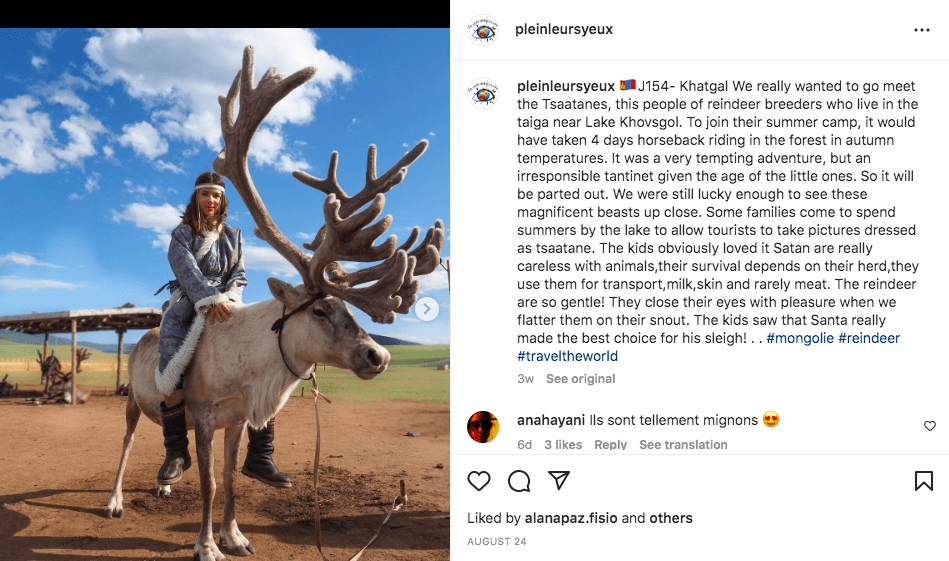 After the initial shock of their oldest daughter’s diagnosis (her brothers’ came later), Lemay and Pelletier talked to their children’s doctor.

The doctor suggested that they begin creating a visual memory bank so that when the kids do begin to lose their vision, they can have an internal world filled with images.
The doctor also recommended that the parents begin teaching them skills now that would later need to live in a world with little or no vision.
Lemay explained to CNN, “I thought, ‘I’m not going to show her an elephant in a book, I’m going to take her to see a real elephant, and I’m going to fill her visual memory with the best, most beautiful images I can.”

The family began raising funds and creating plans to set out on a round-the-world tour to help their children fill their memory banks with unforgettable experiences.

Lemay shared with CNN that their original plans had to be scrapped because of the pandemic, which hampered international travel for a time.
Now, they are leaping across the globe and planning out their adventures as they go.
“With the diagnosis, we have an urgency,” Pelletier told CNN.

“There’s great things to do at home, but there’s nothing better than traveling. Not only the scenery but also the different cultures and people.”

They are no strangers to traveling.

They shared that travel has long been a huge part of their lives, so this choice to pack up their kids and hit the road came naturally for them.
The family has been documenting their incredible adventures on Instagram, where they share stunningly gorgeous photos of some of the most beautiful places on earth.
They first set off for Namibia, where the kids got to see elephants, giraffes, and more in-person. Then they headed to Zambia and Tanzania before flying to Turkey and then Mongolia and Indonesia.
“We’re focusing on sights. We’re also focusing a lot on fauna and flora. We’ve seen incredible animals in Africa, but also in Turkey and elsewhere,” Pelletier told CNN.
“So we’re really trying to make them see things that they wouldn’t have seen at home and have the most incredible experiences.” 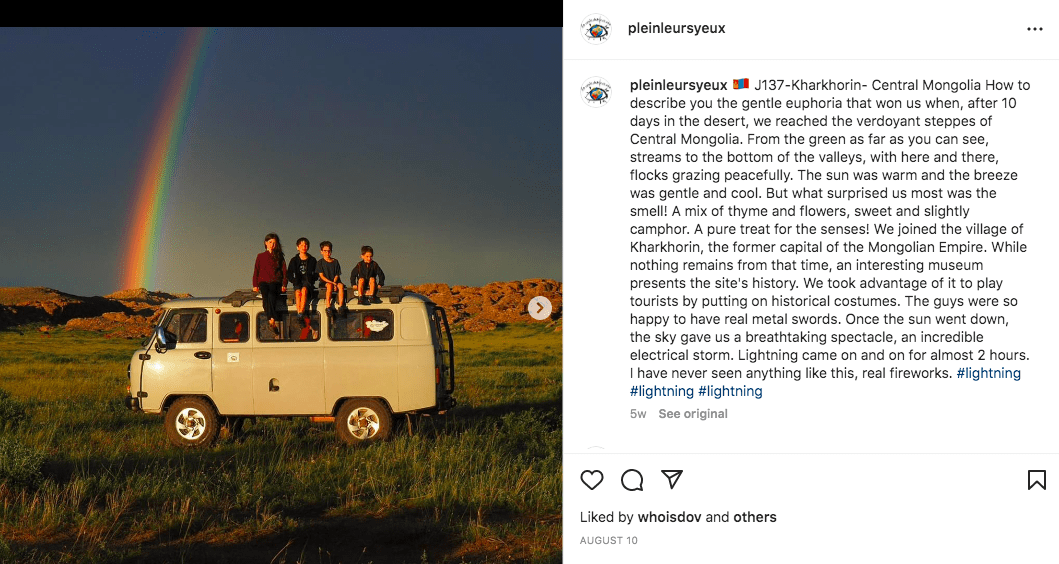 According to the family Instagram account, the adventure is set to be a year-long, but with luck and love, the memories will remain vibrant for a lifetime.

Lemay explained to CNN that one of the most valuable parts about traveling like this is that the children will experience being uncomfortable, frustrated, and challenged.  Having things that they must tackle will help them deal with similar feelings in the future.
The hope is that traveling will help them learn some of the skill sets they will need as they grow older and their vision declines.
To follow the family, check out their beautiful Instagram account, which is written in French but has a translation button so you can read along.

FDA is Warning People Not to C…

“Meanest Parents In The World…