Filter Free Parents
Home Kids Elementary The Real Reason My Son Has Three Hours Of Homework
His backpack is still in the car.
He does not have a pencil.
He does not like any of the pencils his mom gives him.
He spills the basket of pencils on the floor looking for one he likes and has to pick them up.
He needs to pee.
He forgot to have an after school snack, and now he is hungry.
His baby sister looks hungry watching him eat, so he has to make her a snack too.
He is thirsty.
He needs to wash his hands from playing outside.  Before the snack would have been good, huh?
He can’t find the page he was going to do first.
He can’t decide what he should do first instead.
He needs crayons.
He needs a green crayon, but not lime green.  He is very sure he will get in trouble if he uses the wrong shade of green.
He is arguing with his mom about whether or not colored pencils can be used instead of crayons.
The green colored pencil needs sharpened.
The electric sharpener needs new batteries.
The sharpener needs to be emptied.
He has to clean up the pencil shavings he spilled all over the floor.
The extremely pointy tip he sharpened broke off and needs sharpening to an extremely pointy tip again. 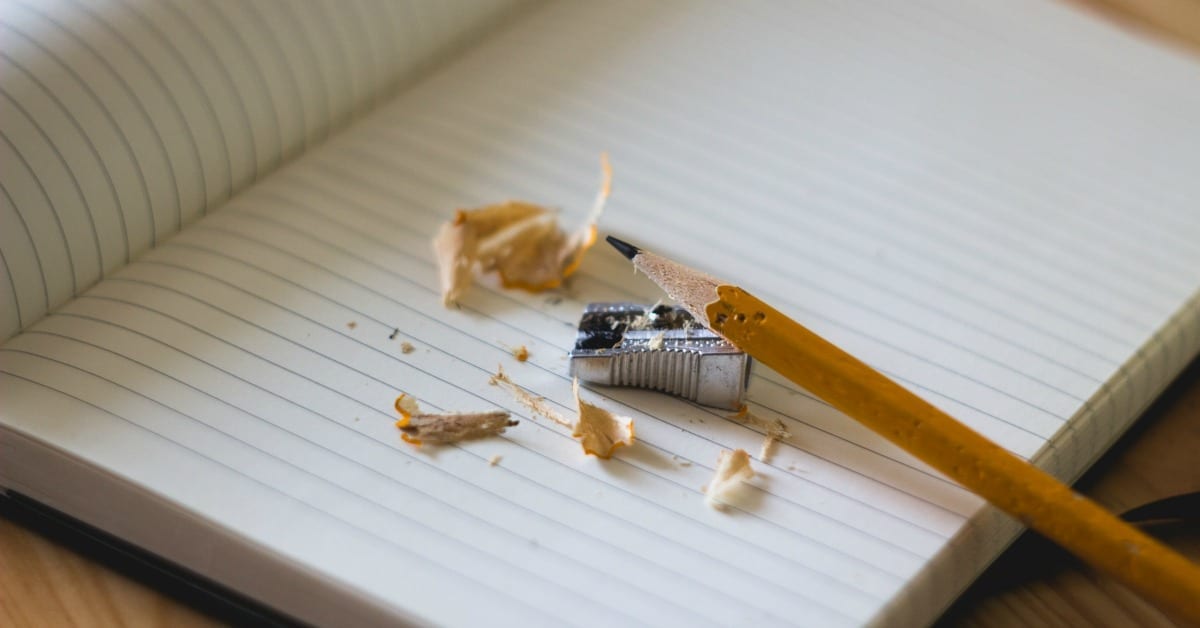 He is coloring at the rate of one square centimeter per minute.
He is arguing with his mom about whether or not the coloring has to be perfect.
He needs to pee.
His baby sister is sitting in his chair when he gets back from the bathroom.
He must play peek-a-boo with her for ten minutes now because taking her down makes her sad.
He doesn’t know how to do the next paper.
He thinks his mom’s advice about how to do the paper is wrong and stupid.
He has to pick a different paper to work on, but he can’t decide which one.
The eraser falls off of his pencil, and he has to find it because it works better than the erasers on all the other pencils.
His brother shoots him with a rubber band, so he must spend ten minutes hunting him down to exact his revenge.
The answer to the reading question is NOT in the story.
He does not understand how the part his mom points out in the story has anything to do with that question.
He is arguing with his big sister about whether or not he will have to stay in from recess tomorrow.
He is working math problems at the rate of one per three minutes.
He needs to eat dinner.
He must erase five math problems that his mom discovers are incorrect.  Good thing he found that eraser earlier!
He is insisting his mom does not know how to do division problems, forcing her to gain a consensus from the three older children in the room that 45 divided 4 is, in fact, 11 remainder 1.
He is possibly plotting world domination.  No one knows for sure, but something phenomenal must be happening in that brain for him to be able to sit stone still for 20 minutes staring at a blank spelling worksheet.
He needs to pee.
He is distracted by his mother beating her head against the wall.
***
This post originally appeared on So-So Mom

Crystal Foose is the mother of seven children ranging in age from teens to a toddler, living out in the middle of nowhere, USA. She aims to hone the craft of giving advice without pretending to have this whole mom thing figured out over on her blog at  SoSoMom.com. She is also a Christian, but not the really nice kind who is good at it.  Make sure you follow her on Facebook.


How to REALLY Know If You’re …

Woman Gets Stuck On Gym Equipment; …