I knew the day was coming. I thought I was prepared. I had heard of science fair projects clearly done by Bill Nye The Science Guy doppelgängers, disguising themselves as their children. I knew of parents who had “helped” their kids reach genius level and pull off projects that belong in the Guggenheim Museum. You’re not fooling anyone, btw. The hubs and I were agreed. We were not going down that road of school project craziness. No way, no how, no sir.

So when the form came home for the boat project, we were ready. We stood united. We told our beloved first-born, “Honey, this is all you! We know you can do it!”

Except 7-year-old children can’t cut a milk jug into the shape of a boat by themselves.

Or use a hot glue gun without covering every surface within a 2 mile radius in great dripping globs of glue. They also struggle with building a boat that can float, hold cargo, withstand wind and rain, include a ballast and a mast, and be self-propelled. Because they are 7! Sev-en. So we did what any other self-respecting parents would do. We trampled all our convictions into dust and caved.

After my daughter’s boat project, and nearly committing myself to an insane asylum, I swore off of ever helping my kids with another school project. I convinced myself that this was a “one of.” From this moment on, they were on their own.

Which really, they should be, right? After all, I believe in not doing projects for them. I believe in the value of HARD WORK, active learning, and independence. 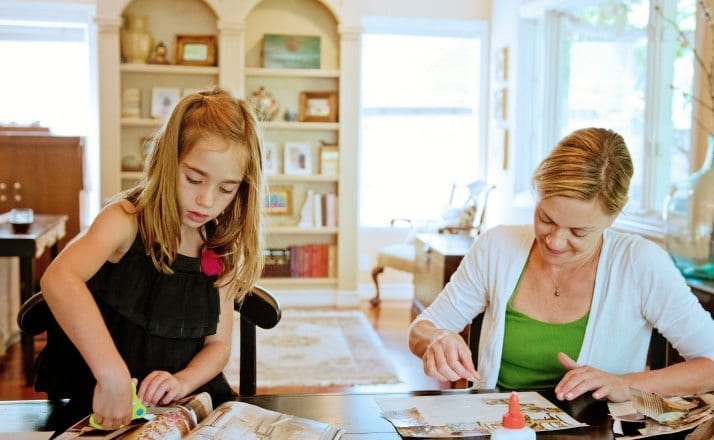 I was an idiot. Because school projects? They take a village, people.

Know what else projects need?

A child able to do it by themselves.

Except kids can’t use power tools without training or adult supervision.

Yes, power tools. Drills, saws, a Dremel 4000. Because you want to know what came after the boat project? A bridge project.

Built to exact specifications, with recommended materials and adhering to the expected outcomes. This was then followed by a musical instrument project. Lord help me when the actual science fair projects come around.

Your child old enough to handle tools unassisted? Great. But if you think you’re off the hook, you’re wrong. Wrong, wrong, wrong.

There is no escape.

It’s not just the physical assistance, the buying of supplies, the encouraging words. No. So many noes. There are also the five stages you will have to pass through before you reach the end of this Rocky Mountain Horror Show. You will be tested. Think it won’t happen to you? Think again. 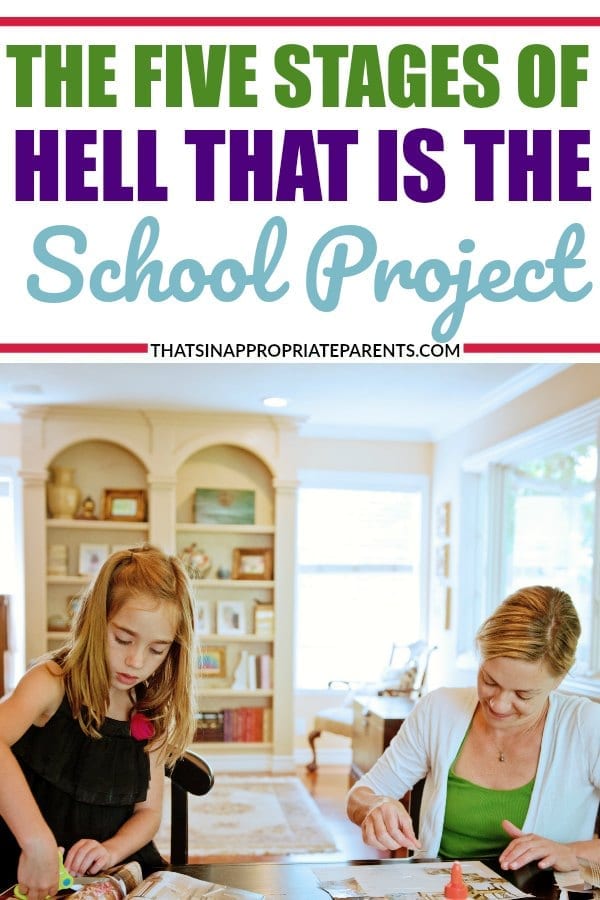 The Beginning Stage Of The School Project

“Look Mama! I have a project due for school! Teacher says it’s going to be so much fun!” Yup, there it is. The initial excitement, the gleam in their eye, the spring in their step. You say, “That’s wonderful honey!” But you know the truth. There’s no way this euphoria will last.

Let’s call it what it is shall we? Nagging. It’s nagging. Because stage 2? It’s REAL. Children have a very skewed sense of time. Scratch that. They have zero sense of time.

In their minds? They have forever. In reality? The project is due, tomorrow. I know what you said, because I’ve said it. “It’s up to him. I’m not getting involved.” But you will get involved because you don’t want your child to be the only one showing up at school without his project.

The project is finally started. Your work here is done. Except it’s not. THERE WILL BE TEARS. Meltdowns. Possibly your own. Glue will not stick, paper will not fold, scissors will not cut. That elf village your child has planned for her diorama? Looks nothing like the image she has in her head. And it has to look like the image in her head.

You will want to take over, because it’s easier. But you won’t because you know she needs to do this on her own. So you encourage, you coach, you gently guide her in her problem solving. You also squeeze your fists together so hard that you leave fingernail marks in the palms of your hands, while at the same time, biting back the screams, and silently repeat the mantra, “Let her do it. Let her do it.”

Aaannnd, let the Hallelujah choir sing! The project is DONE. Finished. Out the door. Your child is happy. He is high on a sense of accomplishment. You pat yourself on the back, lie to yourself that “It wasn’t so bad.”

Until the next time. Because there is always a next time.