Kids LOVE to play. It’s the one constant in parenting that we can actually count on.

Sure, they may be complete psychopaths when it comes to professing their undying love for yogurt one second and chucking it across the room in a fit of yogurt-hating rage the next, but when it comes to playing? BRING IT ON. ALL DAY LONG.

And so we start playing with them right out of the gate.

We introduce our babies to games like peekaboo, This Little Piggy Went to Market and Patty Cake Patty Cake Baker’s Man.

We blow raspberries on their cute little bellies and tickle their sweet chubby toes.

As they begin to grow and get stronger our game playing starts to morph. We become less terrified that their heads are going to fall off and more confident that they aren’t going to break when we touch them.

We engage in more physical play. But we start slowly, because we’re not barbarians, obviously.

Eventually? We throw in a bit of a toss, barely enough to save space for the air between our fingers and their bodies. But the thrill quickly wanes. We are buoyed by our children’s laughter. Egged on to do more, more, more. Go higher, higher, higher!

Before you know it? Your spouse is chucking your beloved offspring up into the air like a freaking flying dynamo.

Or at least, somebody’s spouse is. Like this guy.

In a Facebook post that has skyrocketed overnight, a photo captioned with “Who the hell throw a baby up this high?” has garnered over 26K likes and 110K shares.

And it really does beg the question, who the hell does this?

The terrifyingly funny, well mostly just terrifying, photo shows an unidentified man tossing, presumably his baby, up into the air. But not just any old toss. A toss that launches that baby damn near up into the stratosphere. OMG.

Annnnnnd cue the anxiety attack. And the jokes.

Because the comment thread on this photo? Really elevates this post to a whole ‘nother level. When death-defying baby rocket launchers take flight, hilarity ensues, apparently.

The author of the post, Demario Scario Bunting, kicks it off by referencing 2020’s Game of the Year, Jumanji, because really, I think by now we all know we’re just players in its game.

Welcome to the jungle, baby bird. 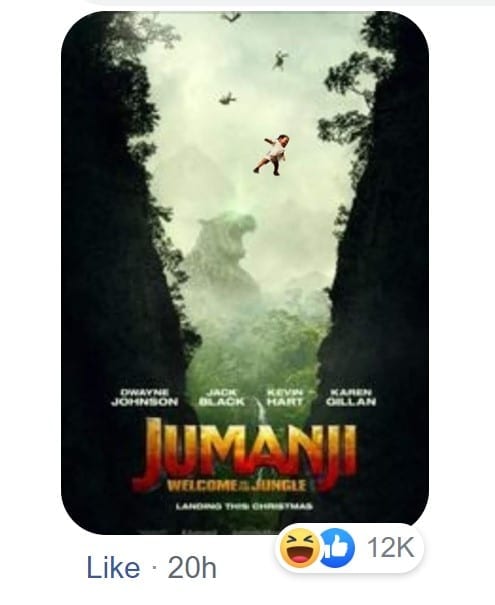 And that wasn’t the only funny photoshopping going on. Because people just can’t help themselves.

There’s the spread eagle with a literal eagle: 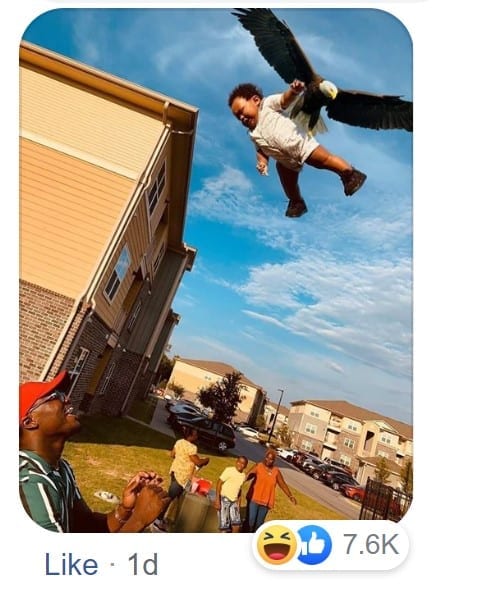 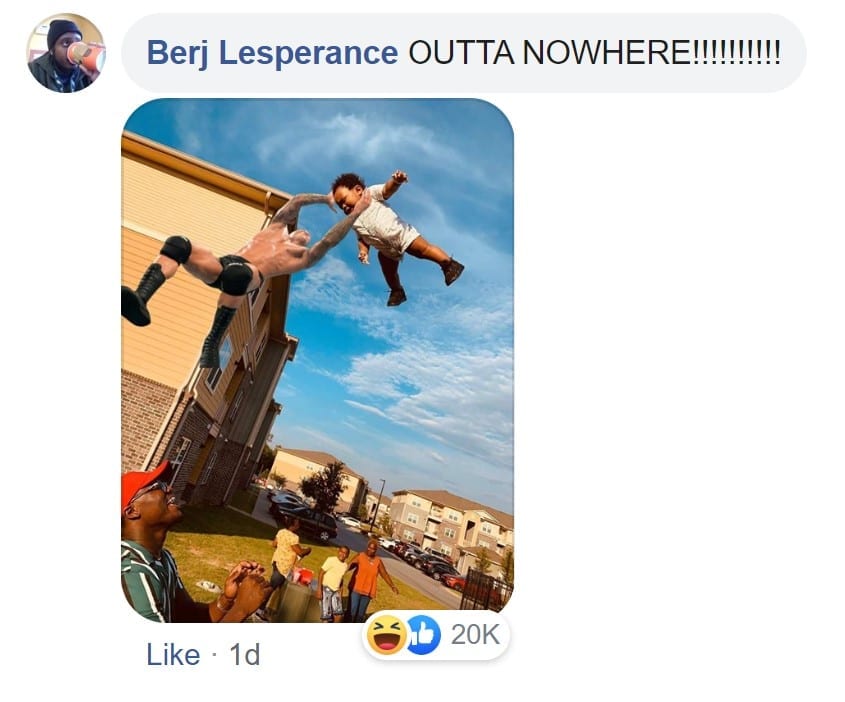 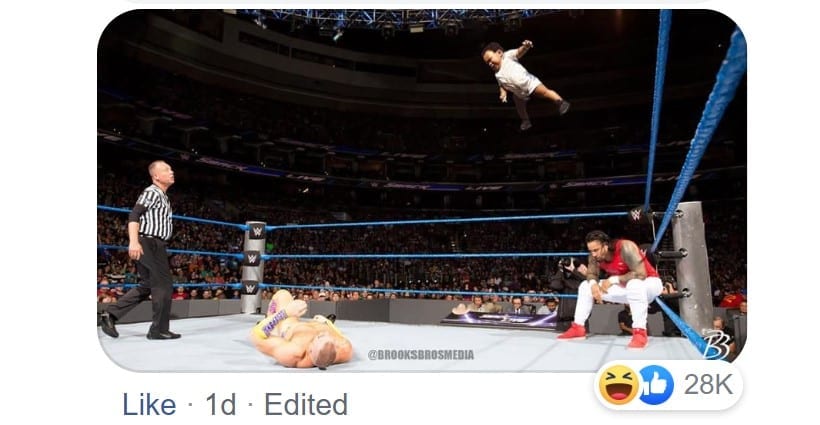 And this field kick into the end zone. 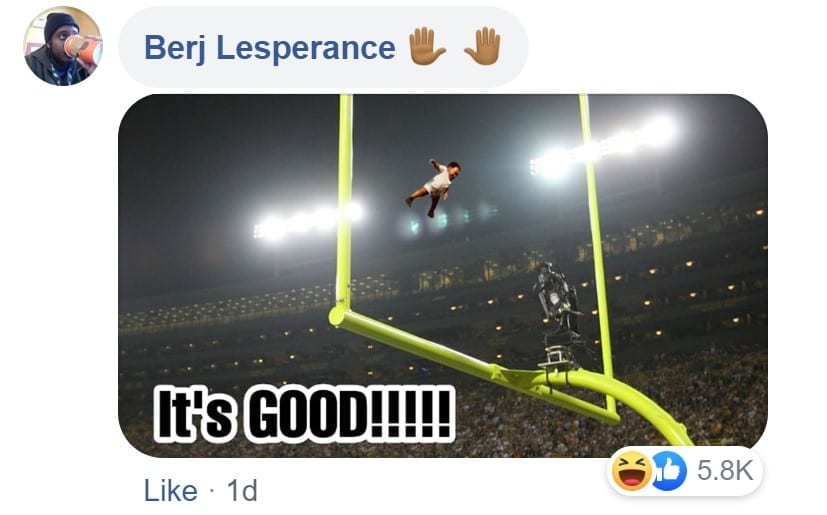 One commenter even attached rocket blasters to his Air Jordan’s and gave him laser beams for eyes. It’s a bird, it’s a plane, it’s SuperMa…no wait. 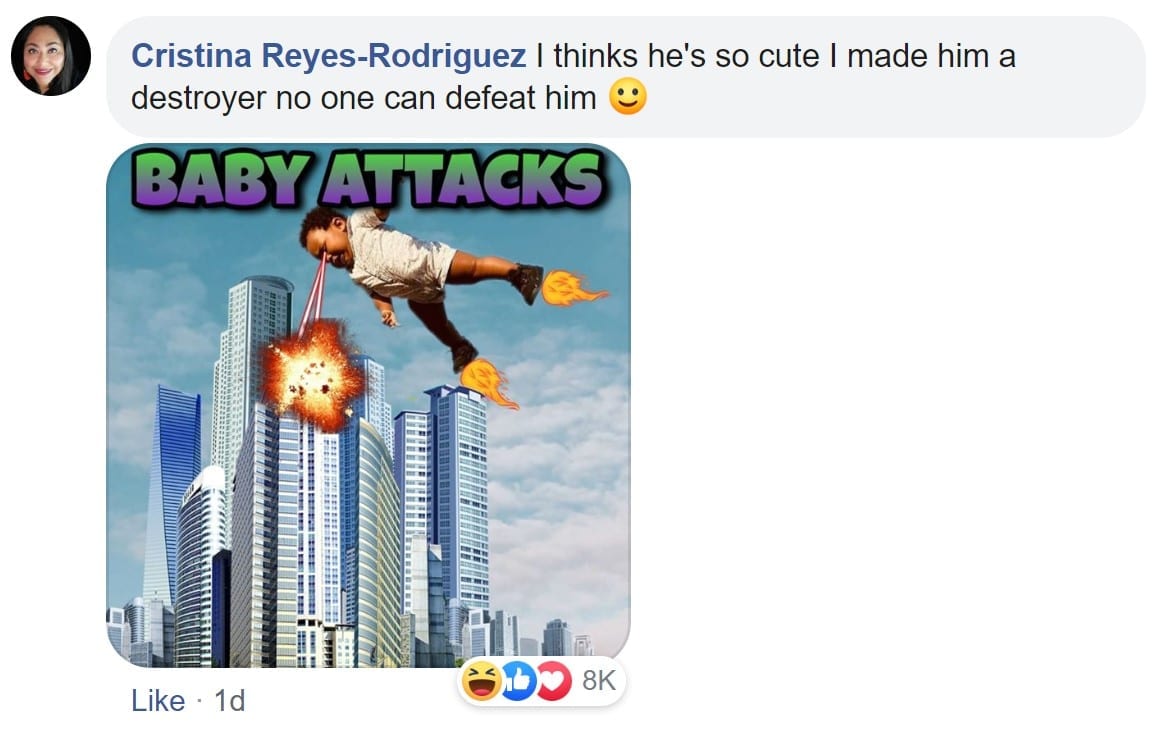 But the comments didn’t end here. While some people couldn’t help but laugh at the baby living the high life, others were concerned that he seemed less than thrilled. 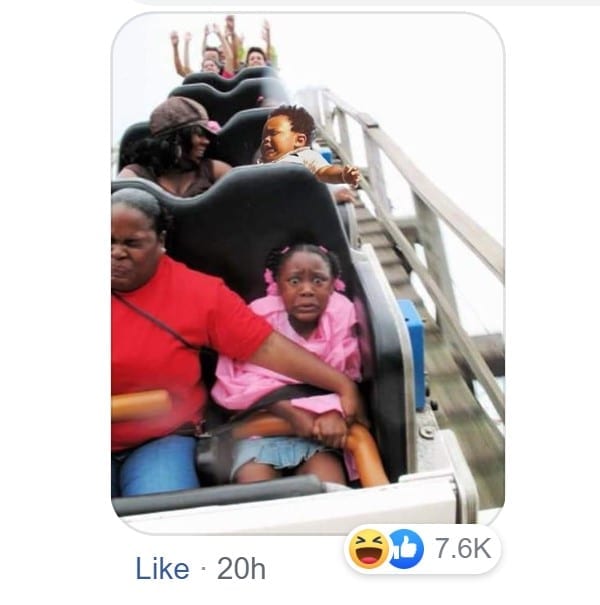 And then came the inevitable questions. Like, WHY? Why the fuck is this baby suspended in mid-air looking like he’d rather be anywhere but here? 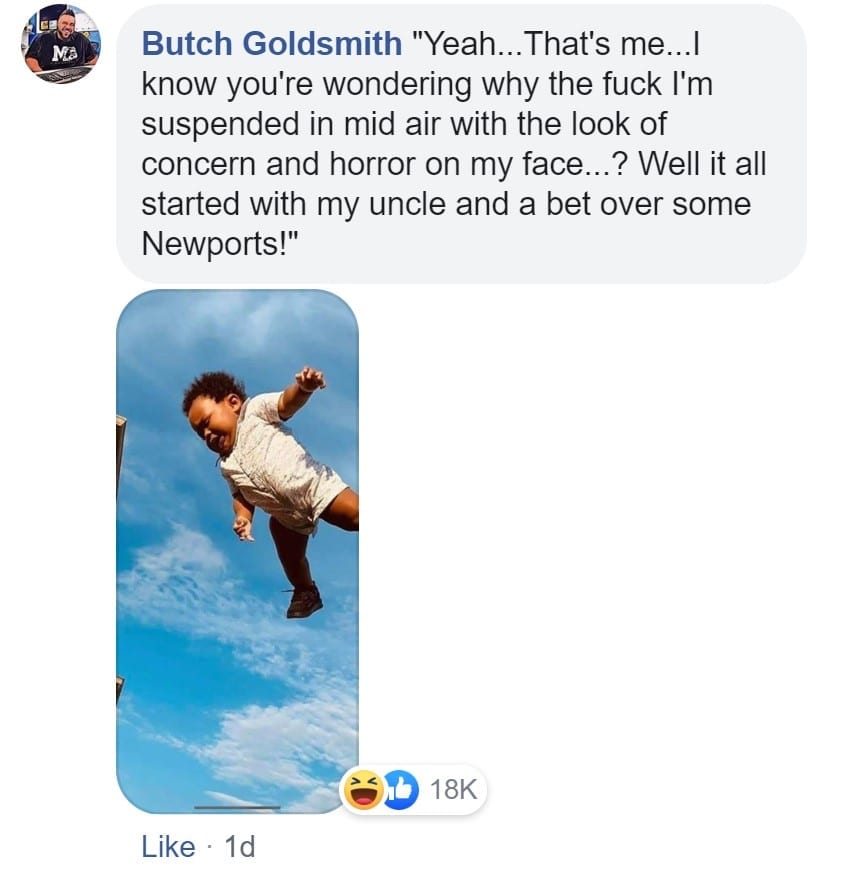 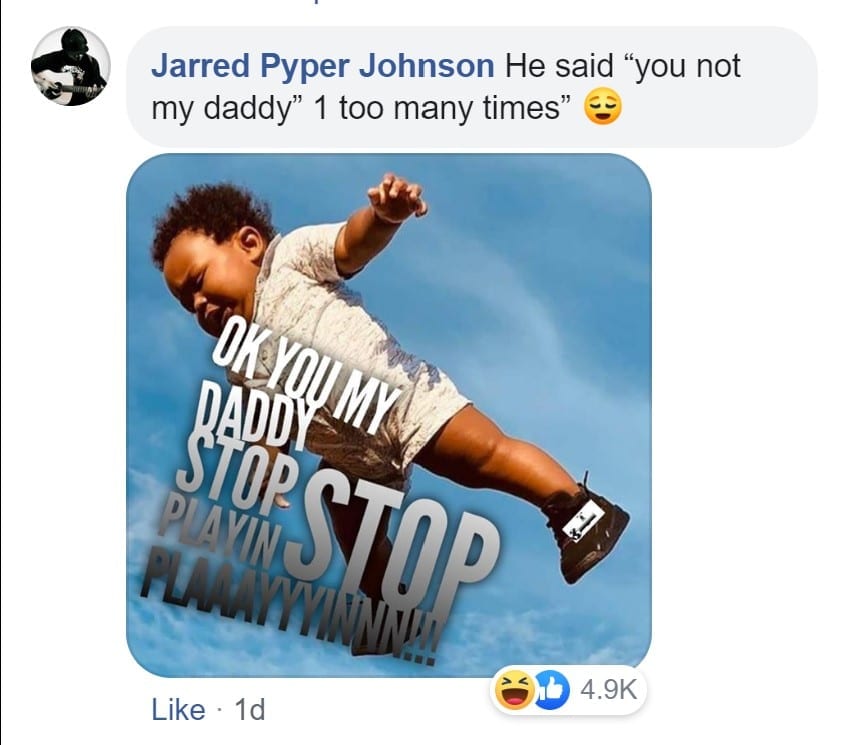 It’s possible that he’s just a really high achiever and is just trying to get a headstart on knocking out his bucket list. It’s pretty clear this baby is going places. 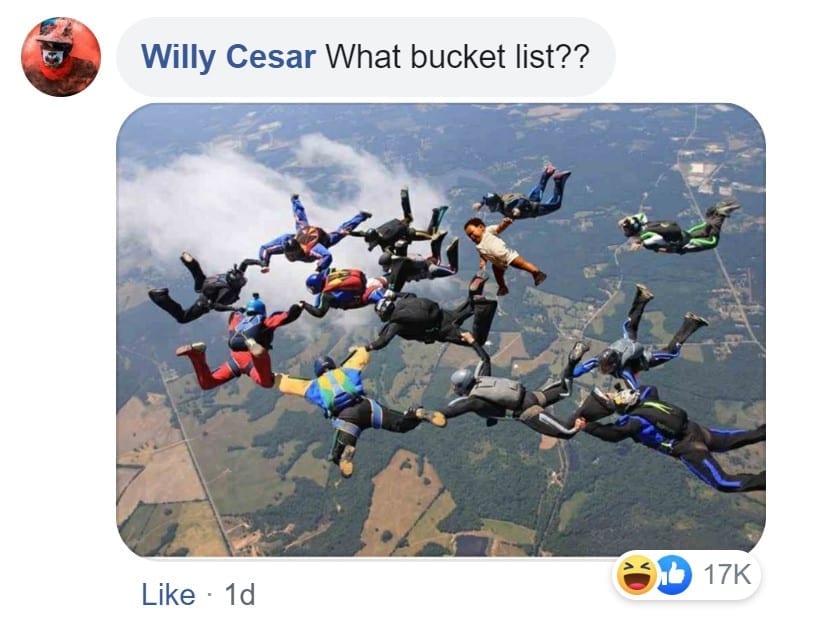 However, it’s not just the baby and how he got to be suspended a gazillion feet off the ground that has people talking. There are other players involved that should not be ignored.

Players like the not-so-innocent bystanders, Karen and Da Fuq. 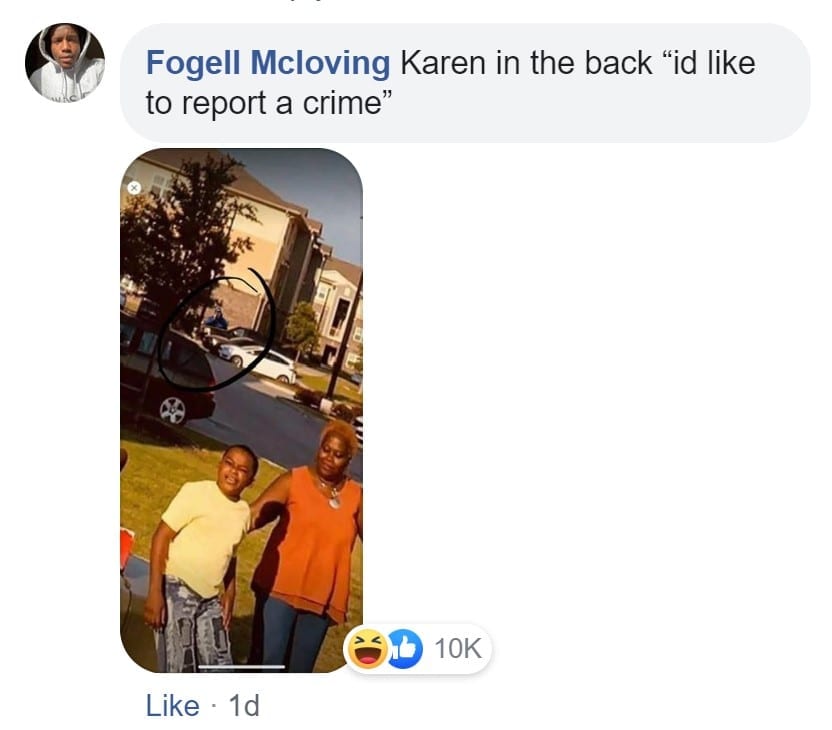 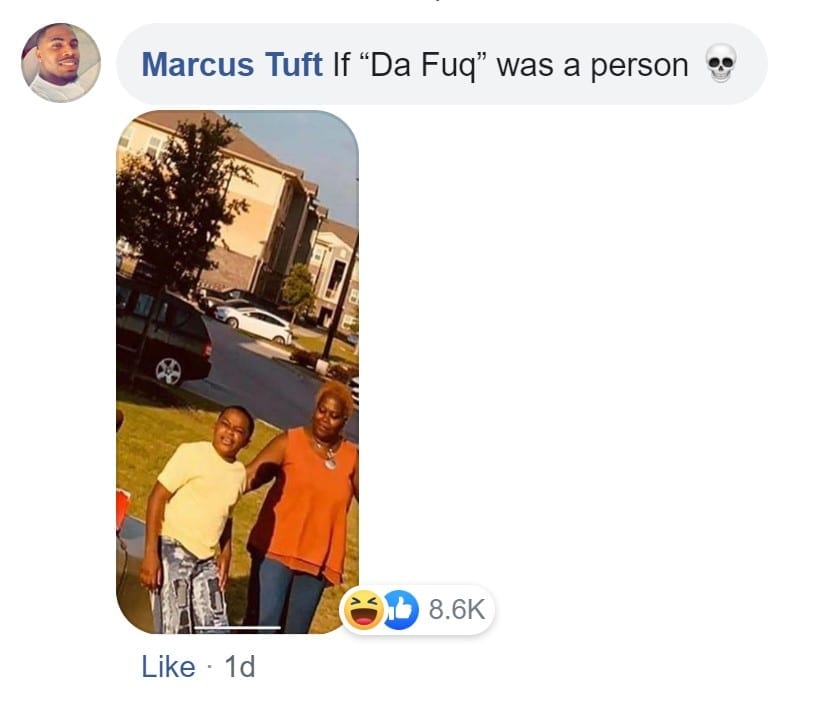 Ya better watch yourself Da Fuq. Looks like you could be next. 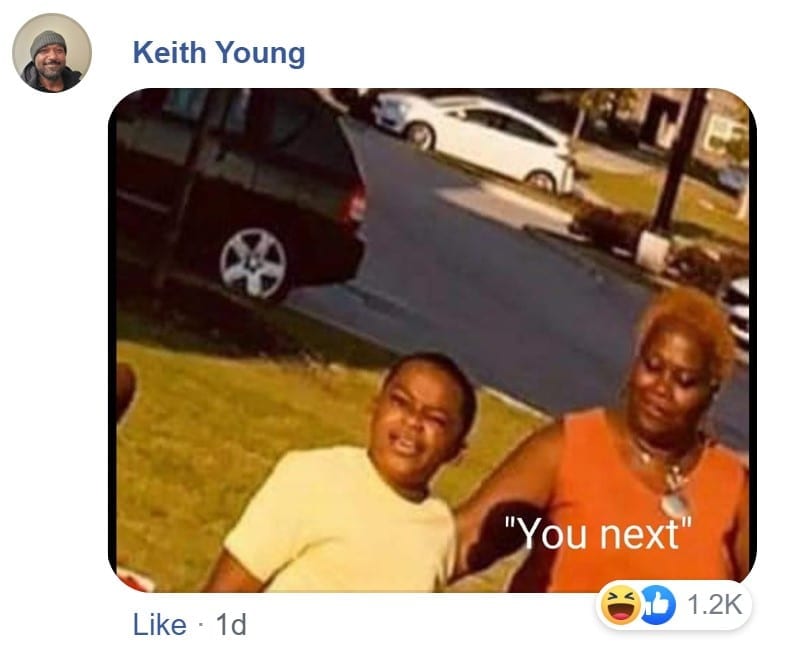 And then there’s this woman, who’s desperately trying to live by the creed, “Ain’t nothing to see here.” 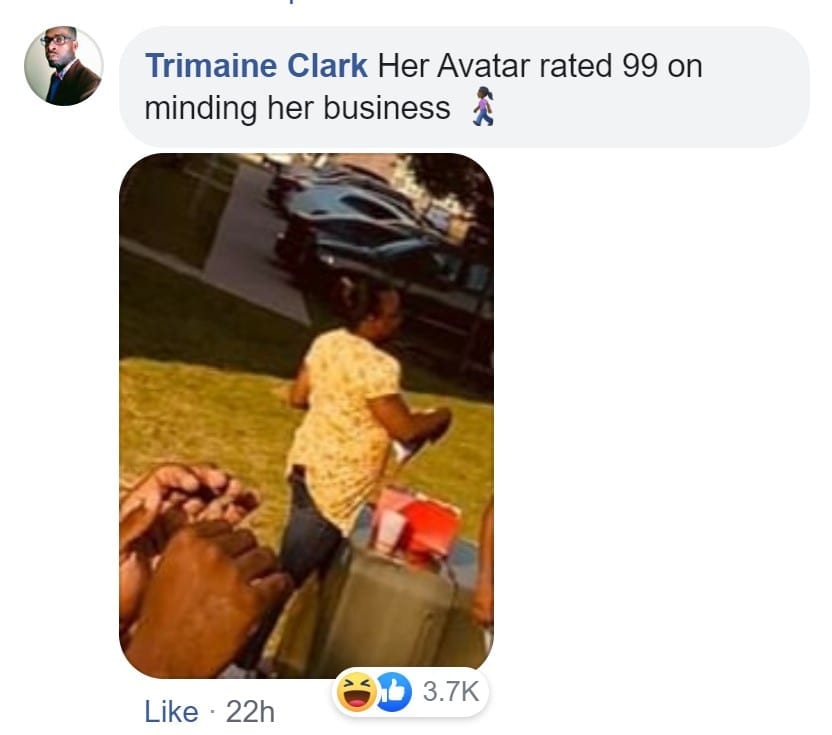 But back to the baby. Where is he now? The people want to know. Except for that last lady. She doesn’t want to know. The less you know of what’s (or who’s) up the better.

It appears there are a lot of theories floating around.

Other people had more uplifting thoughts on his whereabouts:

Wherever he is, one thing is for certain. Years from now, when he’s sitting in his therapist’s office, there will be ZERO doubt as to when his crippling fear of heights began. Just sayin’.

Who the hell throw a baby up this high ??


Doctors Warn Women Not To Use Tooth…