You spend nine whole months growing them, you go to hell and back again to birth them, you ooh and ahh over their every coo and smile as an infant, you watch in wonder as they reach every milestone and learn how to navigate this crazy world as a baby, and then…

Well, then they turn into toddlers, and every single thing you thought you knew about being a parent goes right out the window.

All that you thought was good and right in the world is ripped away, stomped on, and thrown in the trash. Just like your dignity.

Nobody warned you about the so-called “toddler” years. You were blindsided. You read every book imaginable about pregnancy and raising a baby, but it never once occurred to you what would happen after that first birthday.

It’s as if the toddler years are so horrifying and traumatizing that parents everywhere just completely block them out of their memory, and choose not to talk about it ever again.

Okay. I might be overdramatizing this just a tad, but let’s be honest.

Any parent knows that the toddler years are some of the most arduous to navigate, and we often find ourselves wondering if they ever come to an end. I know each stage of a child’s development has its own positives and negatives, and I don’t have much experience in what lies ahead regarding adolescence and raising a teenager, but one thing I do have experience in is speaking toddler. In fact, I feel like I’m fluent at this point.

Here is a complete run down of ten types of toddler that you may encounter along the way.

This toddler would rather have someone pull each of their eyebrow hairs out one by one than spend even a single second away from you. Not only do they have an issue with proximity, but they also must be touching you at all times.

Whether it’s pulling your pants down as they are clutching your leg, screaming at you to pick them up as you cook dinner, or squeezing their legs as tight as possible around your waist, like a little koala, for fear that you are going to put them down so you can pee, this toddler is relentless in their quest to never let you out of their sight…ever. 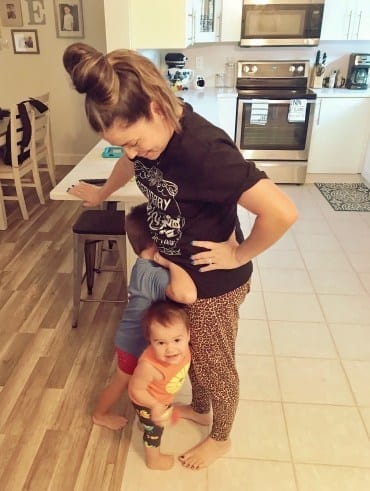 And God forbid you do actually escape from them, they will make it a personal vendetta to make sure you pay for it.

If you can, close your eyes and picture the ultimate toddler tantrum. One so epic that their eyes bulge out, they let out screams that can only be described as inhuman, their heads actually spin around and rotate while spitting, kicking, and thrashing about on the floor. Sometimes, they even bite.

If you can picture this, or even worse, you’ve had the bad fortune of experiencing it, then you know exactly what this type of toddler is capable of. They actually evoke fear, and make you wonder if you’ve given birth to Rosemary’s Baby.

Who is visiting us today? What are we having for breakfast? Why did you give me ketchup instead of mustard? Are we there yet? Can I have a snack? Why did you give her more than me? Why is the sky blue? How many fingers to ants have? Where are we going after school? Why don’t you ever take me anywhere fun? Why does Daddy have nipples?

Look, if you’re one of those parents who has beautiful, breakable trinkets artfully arranged around your house, I need to know your secret. I’ve honestly just come to the realization that I won’t be able to put anything nice anywhere in my house until they go to college.

This toddler will legit destroy anything in their path.

Clean laundry folded neatly on the couch, cute fall pumpkins stacked on the coffee table, kitchen cabinets that you forgot to child proof, your brand new eyeshadow palette that cost you a mortgage payment, and a neatly organized playroom that you spent an hour meticulously cleaning up- all gone. They didn’t even stand a chance.

This toddler’s greatest talent is being able to completely manipulate you into doing whatever they want. They’re smooth-talkers, and they are smart enough to play to their advantage.

They have a way of winning you over with their puppy dog eyes, and sweet little voices before turning around and ripping the rug right out from under your feet before you even knew what hit you. Mischief is their middle name, and as conniving and devious as you know they can be, you can’t help but find them charming.

They love to set their sights on grandmas because we all know that grandmas are suckers who fall for it every time, amirite?

Have you ever actually watched a one year old play? Like really observed their behavior? The resemblance is uncanny.

They stumble around on unsteady feet, and bust ass at least every few minutes. They often have drool and slobber all over their chins, and either aren’t wearing any pants, or have their shirts or dresses pulled all the way up exposing everything.

They speak gibberish, and wildly use their hands to gesture as if we’re supposed to know what they’re talking about. They clap their hands, scream with joy, and shake their booty back and forth when their favorite song comes on, and you can often find them curled up in a corner somewhere crying for no reason or passed out.

For the life of me, I can’t figure out what makes toddlers think that they know EVERYTHING about EVERYTHING. I don’t wake up every morning and tell my son that he’s the smartest child ever born, but he certainly seems to think so.

No matter how hard I try, I will never be able to convince him that his birthday does not actually change dates every year depending on the age he’s turning. They are right. We are wrong. Period. End of story.

The whining. Oh dear Lord, the whining. We all know that voice. The one that makes your toes curl, the little hairs on your arm stand up, and sounds like nails on a chalkboard.

This toddler seems to never be happy about anything, and makes it their life mission to let you know it. They whine- so we wine. It’s a vicious cycle, but we have to find some way to dull the voice. Can I get an Amen?

Sleep. Sweet sleep. We all desperately need it, and can never seem to get enough of it.

Thanks to this toddler. They need a drink of water. They need you to scare the monsters away. They have stuffy noses, and can’t stop coughing.

They like to sing loudly in their beds, and talk to themselves for hours. They saw a lizard crawling across the wall, and love to cry and fight sleep for no reason other than they like to make our lives a Living Hell on Earth.

They also love to silently creep into your room at night and stand beside your bed. Just staring at you. It’s creepy AF, and if their actual presence in your room doesn’t wake you up, the anticipation that it could happen any second will keep you awake until morning.

This toddler’s daily demeanor is equivalent to Jessie Spano on caffeine pills. They’re like the energizer bunny, and they constantly just want to go, go, go. They love to talk, hear their own voice, and will talk to anyone who will listen to them.

They have the attention span of a flea and are frequently moving from one activity to another. They get bored easily, they are bossy, and their tank is never on empty.

They literally physically exhaust you, and the day moves by in such a blur that you don’t even know what your name is anymore by the time you finally get them in bed.

The toddler phase may seem like it lasts forever and a day, and you may feel like you will never come out on the other side. 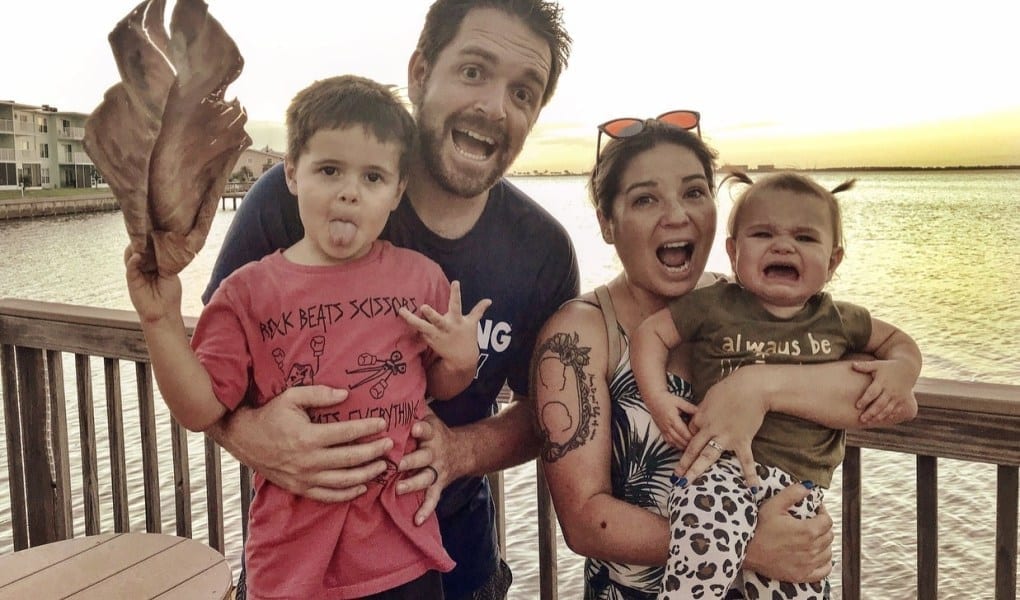 During that time, your toddler will probably morph into all of these types at one point or another- sometimes even simultaneously. That’s the thing about phases though. They have to come to an end eventually.

Nobody claims that every single moment of these tumultuous years will be a nightmare, and they all won’t be easy breezy either. That’s the true beauty of parenting. It’s the greatest, spontaneous adventure we’ll ever experience, and no matter what phase our kids are in, we will embrace it. We will laugh, scream into pillows and cry, and we will love them fiercely and hold them tight because they won’t be little forever.

You might be dealing with a Sheldon Cooper, an Exorcist, or a Jessie Spano today, but all of these facets of their toddlerhood will eventually merge to create the amazing human that they will become tomorrow.

Previously published on The HotMess SuperMom