You have to go to college or university, right? It’s the key to a good job. It’s a right of passage. It’s the norm, it’s the goal, it’s expected. What is the point of high school if not to get into university?

It’s so important that Aunt Becky might go to jail for bribing people to get her kids in. It is the be-all end-all. So what I am about to say may surprise you:

I don’t care if my kids go to college.

Don’t get me wrong, I think college is valuable. My four years in university were some of the best of my life. I graduated sixteen years ago and I still have moments where I miss it like a person. I loved university so much that I got married on campus right outside the residence hall I lived in for my final year there.

I loved everything about university, and if my kids want to have that experience, I will support them whole-heartedly. 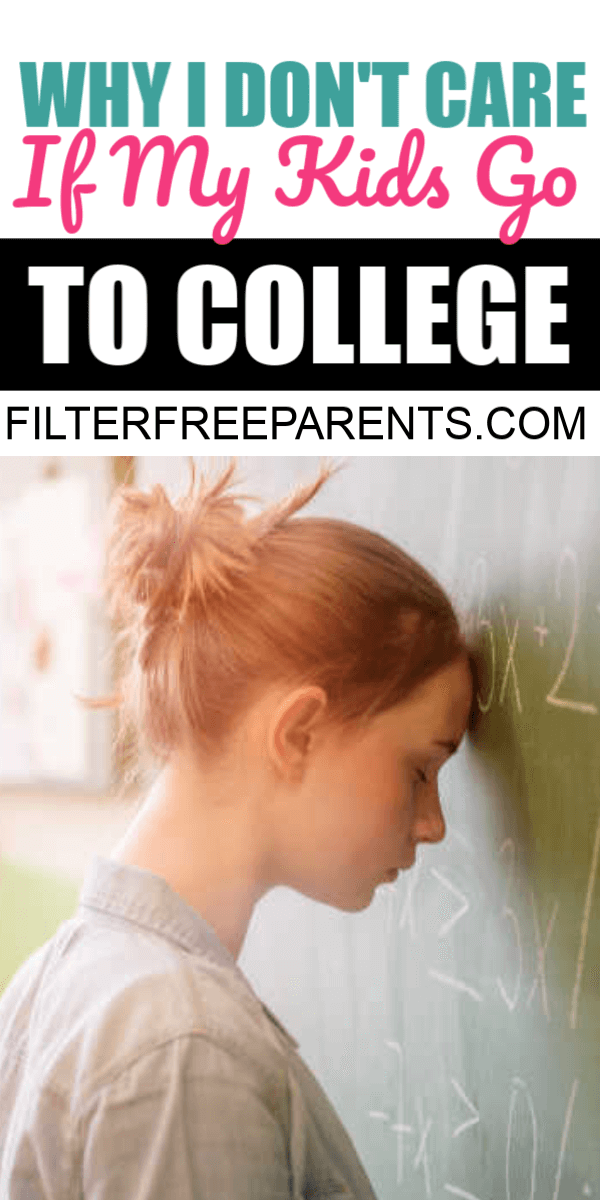 I don’t think they need it.

Certainly, there are situations in which university is a necessity. My youngest wants to be a veterinarian. He is going to need a lot of college for that. No one is going to let a guy who just “really likes animals” operate on their cat, and rightly so.

But my youngest wants to be a cartoonist. Would he benefit from university? Maybe. But maybe he would be better taking some specialized college courses. Or maybe he could simply work on his craft. A cartoonist does not fundamentally require a university degree.

I don’t use my degree. Ever.

Financially, it would have been a much better decision for me to have skipped university and gone straight into working – and I would almost certainly have gotten the same opportunities. My degree has never, not once, come up in my employment as a freelance writer.

I realized that university was not for everyone while I was in university.

We were doing a deep-dive study of a horrible short story called “The Yellow Wallpaper” about a woman in the “olden days” confined to her room because of hysteria after childbirth (which of course we would now recognize as Post Partum Depression.)

She slowly goes crazy, as one does when confined to a room with yellow wallpaper. We had to write an essay on the themes found within the story, but not about the story itself. I decided to gamble and write an essay on why not everyone should go to university, and how sometimes it can be harmful not helpful.

It became the highest grade I ever received in university English. How’s that for irony? 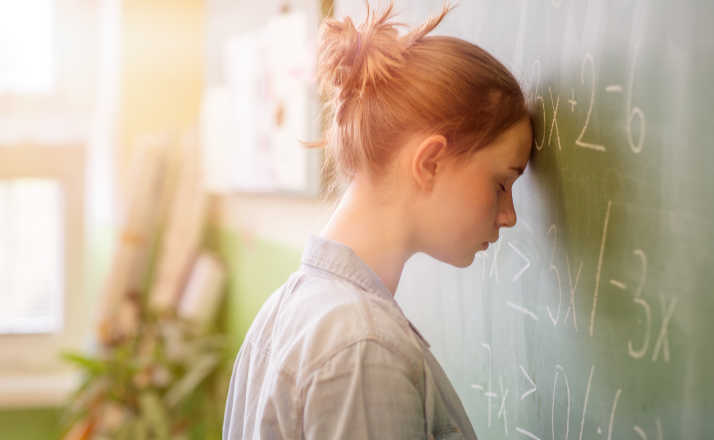 Despite its lack of benefit to me career-wise, I don’t regret going to college because the life-experience was so valuable.

But what if my child didn’t want to go that path? What if they wanted to “find themselves” elsewhere? Honestly, I’d encourage it.

I used to look at something like a trade school as somewhere people went if they couldn’t get into university. Now I see it as a place to get actual skills that are usable in the work force. My English degree looks really pretty in its frame, but the bank accounts of plumbers and marketing executives with college degrees look far nicer.

Then there is the experience of higher education in itself.

I thrived in a university setting, but as a Residence Assistant, I saw many wither under the pressure. I want my children to be happy more than I want them to be highly-educated – and university isn’t the only way to gain an education anyway.

I want my children to find their own paths to success. If that includes going to college, that’s fantastic – but if it doesn’t, that is absolutely fine with me. I care that they are hard-working, but I care less where they are doing this hard work.

It’s time for us to reframe university as the ultimate goal.

Let’s start looking at it as one path to the work force, and one experience of many offered to new high school graduates. Imagine what the world could look like if we focused on living up to our potentials instead of to arbitrary expectations.

I Lost Custody Of My Kids Because Of My Mental Illness, And It Almost Broke Me

Is There A Support Group For Parents Shopping With Teens? Because There Should Be.

This Buddy the Elf Wreath Is The Ch…

I Lost Custody Of My Kids Because Of My Mental Illness,...

Is There A Support Group For Parents Shopping With Teens? Because...