How in the world do we get to the other side of the trauma of parenting in the pandemic?

This pandemic created a space where parenting, worry, pure rage, and the dire need for real self-care collided for many of us.

Even without a pandemic, parenting expectations in our society can fill any of us with rage.

Everyday activities that everyone does are still somehow considered “self-care” and special treats for mothers like showering and breaks from our children.

These things are necessities for mothers, and I absolutely will not profess my eternal gratitude for having them. Crying in the shower for a five-minute meditation does not qualify as self-care.

During the pandemic though, fulfilling all the already unattainable expectations of motherhood became impossible.

I could not be a good mother every day, and I wasn’t.

Yes, their physical needs were met every single day. They were fed, clothed, and their sleep needs preserved, but all at the expense of mine.

In terms of meeting their emotional needs, some days I did, and some days I absolutely did not.

Meeting the physical needs of a baby and a toddler consumed most of our time.

There were moments of love in our long days at home, of course, but not enough to sustain me.

I was forced into too many roles all at once.

I had to become their mother, their playmate, their coach, their chef, their maid, and their preschool teacher.

The full weight of being all those things fell on me like that ton of bricks fell on Cersi during Game of Thrones. Except I wasn’t dead.

Having little children makes you feel like a servant. You are required to provide for their every need–physically, mentally, and emotionally. I felt like Cinderella, with no one coming to save me.

The weight just collapsed on me the minute my feet hit the floor in the morning. I then spent the rest of the day digging through the rubble only to have it collapse on me again the next morning. 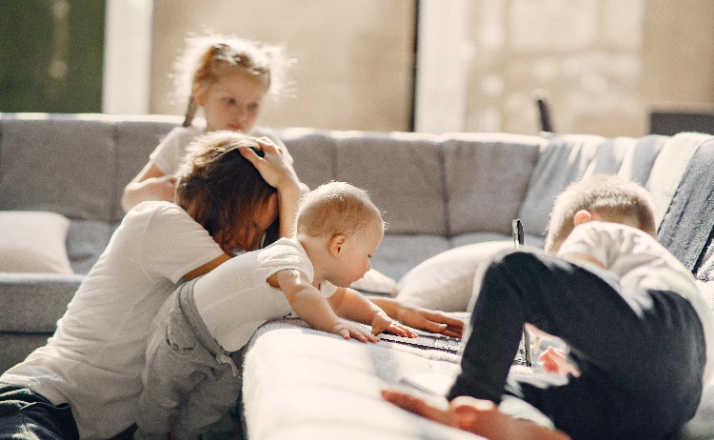 Parenting in the pandemic brought out rage in me.

Motherhood–especially during the pandemic, when every day I dragged my body out of bed for the re-mixed version of hell that yesterday had been–brought out a Medusa in me that I didn’t know how to control.

I have never experienced rage in the way that I have as a mother. It is an ugly monster that hatches in the pit of my stomach and slowly creeps up my spine before firmly implanting into my shoulders and flushing my face into an unrecognizable flare.

Rage while parenting in the pandemic was even more overwhelming.

There were (and are) days when I just didn’t like my children. (I’m allowed to think that, and I’m also allowed to say that out loud, and no, I’m not a bad mom.)

All children have tantrums from time to time, but during particularly difficult tantrums I have been head-butted (unintentionally), scratched, and hit. I have been met with such mind-blowing resistance, that it depleted me. I have been screamed at and then actively ignored within the span of 30 seconds.

In any context outside the dynamic of a parent-child relationship, I am describing an abusive relationship.

We know our little ones can’t control their emotions yet, but that doesn’t mean it doesn’t take its toll on us. It does and it did.

Children + the pandemic took all of who I was and turned me into someone else.

Someone lying awake most nights, worrying constantly, and wondering how the hell I was going to survive another day inside this house with these pagans.

I realize my sons’ brains are still developing. But, when you have repeated yourself eight times over, and have cleaned up the living room for the fourth time that day, you might just crack.

There were moments that were so bad I had to physically remove myself from the room to keep myself from ripping my own face off.

Parenting in the pandemic brought a whole new set of expectations that stoked the rage.

And amidst all the pressure, mothers were/are still supposed to be good at our jobs, maintain our bodies as if they have not been pulverized by our children (both in utero and out), be madly in love with our spouses, and do it all with grace.

No matter what is going on in the world around us.

I get it now. Those abstract, terrifying stories I read in university about suburban housewives in the 1950s who drowned their children. That was rage. The most dangerous kind, because it manifested behind a smile until it found its gruesome release.

Rage took over because the things that helped meet MY needs were gone.

Yet I was still expected to be able to manage all the needs of my children.

I had none of the resources I relied on before. There were no mom meet-ups at the library, which had sustained me in my first year of parenthood.

There were no stroller fit classes, no swimming lessons, no Baby and Me activities. 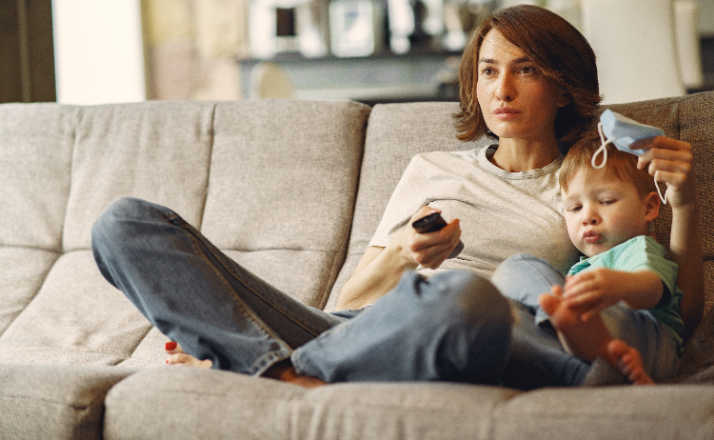 When I noticed rage was the main emotion I experienced all day almost every day, I had to take control.

I knew what my alternative story line was from my first year of postpartum, and I actively learned to outsmart my rage like maneuvers on a chess board.

I did that by letting go.

One pawn fell at a time.

There were things I could control in my home, and I did so.

We hired someone to clean our house twice a month (after the lockdown lifted) while I took my children outside or to my parents’ house.

I dropped unrealistic pinterest – like expectations. We didn’t learn all about the alphabet every day or do our calendars. Walks and talking about the things he saw in the forest was our therapy.

The stress of cooking was completely eliminated when we ordered take-out once a week (sometimes twice a week), and we basically ate some variation of the same ten meals or so on rotation.

I let my older son watch movies when my younger one was napping so I could sit on the couch next to him for an hour and do nothing.

I also invested in REAL self-care to combat the rage I felt.

If a task was becoming overwhelming or irritating, I set it aside.

Going for a walk alone to listen to a podcast became a regular fixture in my week.

I watched Bridgerton like every other human being on the planet.

Once I was given the opportunity to be away from my children for a little while, which was honestly not often, I relished it.

I stopped accepting that self-care is some kind of privilege and demanded it be a necessity. The bullshit our society had deemed as self-care for a mother was no longer going to be my definition of it. And I was not going to apologize for it either.

I learned my strengths and weaknesses, and knew when to call upon the first and respect the latter.

There are still occasional moments of rage, because my children continue to consume all of my energy and the pandemic is still going on.

But when I feel her start to slither up my back, I can cut her off at the knees into retreat.

I haven’t managed to behead her yet, and probably never will, but I’ve tamed the beast.

I’m A Mom That Smokes Po…

Husband Takes Photo Of His Wif…

Christmas is right around the corner and people are HERE FOR IT. I don’t know if it’s the fact that … Read More