Filter Free Parents
Home Kids Tips On Soothing A Colicky Baby Was Not What I Needed. I...

I’d heard the stories. The tales of babies who never stopped crying. The ones where babies supposedly screamed all day and all night. I didn’t understand until I was soothing a colicky baby myself what they meant.

I’d talked to the moms who seemed unsettled, on edge, claiming that their babies cried all the time. I’d listened to the ad campaigns, promoting slogans like never shake a baby and advising weary parents to put their ever-screaming babies in a safe place so they could take a break, step outside, and breathe some fresh air while giving their ears and nerves a break from the crying.

And I have to admit, I didn’t get it.

It can’t be THAT bad, I thought. A baby who ALWAYS cries? One who cries so much that parents lose complete control?

I was certain it was all an exaggeration.

But then I had one of those babies of my own. And suddenly it all made sense. The stories and ad campaigns, that is. Not the crying. That made no sense at all.

For whatever reason, my son was born screaming, and he didn’t stop for a full four months.

Soothing a colicky baby is exhausting mentally and physically. I fed him constantly, by way of both breast and bottle. I removed numerous foods from my diet, tried various brands of formula, and gave him every type of gas drop on the market.

I swaddled him, cradled him, rocked him, strolled him, and drove him around and around. I sang to him, used sound machines, played every genre of music known to man, and used a variety of baby products that promised to calm my crying baby with soothing sounds. I turned the lights low, left the TV off, and kept him swaying in the baby swing.

And still he cried.

So, I took him to the pediatrician. More than once. And after being fully examined, the doctor confirmed my baby boy was healthy, and that there was no obvious cause for his prolonged crying. The doctor said it was a typical case of colic and compassionately sent me on my way, with my arms full and my ears ringing.

For the next few months, people were perplexed as to why my son cried so much.

They seemed certain their suggestions would produce a simple fix as if his unexplained crying could suddenly be explained by the offering of a bottle or a pat on the back.

“He looks hungry,” they said. “You should try feeding him!” Which was a particularly ridiculous observation because, as his doctor put it, he was a “biggun.” A large baby who was well-fed.

“You should try removing dairy from your diet,” they suggested. “Broccoli too.”

“You should try burping him. Or give him gas drops. Or try formula.”

“You should put him in the stroller, go for a walk, take him outside – he probably just needs fresh air.”

The suggestions for soothing a colicky baby went on and on. But, the thing was – I had tried every single one.

His crying was a problem that couldn’t be solved.

People were well-meaning, I know, and most likely felt as helpless about my son’s crying as I did. But the suggestions only served to make me feel incapable of caring for my own baby as if I were too dense to know he needed to be fed and nurtured. 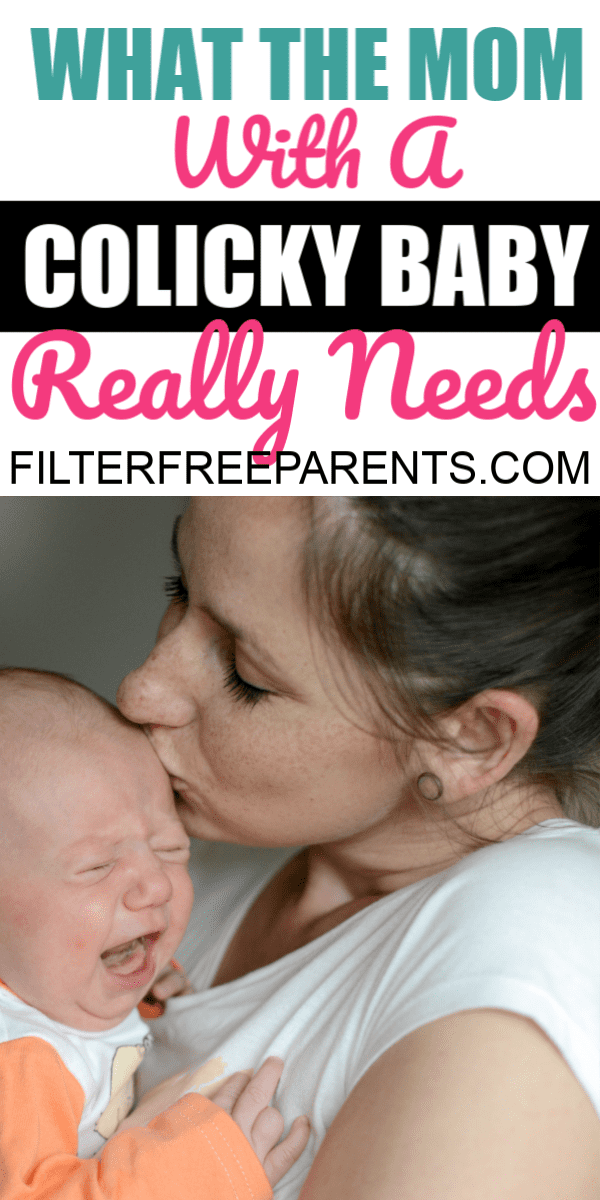 Instead of offering generic suggestions, an offering of help would have been much more beneficial.

This wouldn’t have stopped the crying, but it would have saved just a bit of my sanity. It was a situation in which I probably should have asked for help, but like many mothers, I didn’t want to burden anyone else. So, the offering of help would have been a priceless gift.

It was a long four months, overflowing with stress, anxiety, exhaustion, and tears. But now I know. Some babies really are that hard.

And next time I meet a mom in the throes of mothering a colicky baby, the only suggestion I’ll have is for her to accept my offering of help.

Can You Breastfeed With Flat Nipples?

How To Get Rid Of A Clogged Milk Duct

“Meanest Parents In The …

As parents, we want nothing more than for our kids to be healthy, happy, and safe. We send them out … Read More