To the family of the addict whose addiction won,

You did enough. I know you may not believe this now, but it’s true.

The next few weeks will inevitably be filled with a relentless stream of questions.

Truth be told, you might always feel like you could have done more to save your loved one.

But please hear me when I tell you that you did enough. You did way more than enough.

Loving him or her, despite their addiction, was the absolute best thing you could have done, and you did that so well.

You loved them deeply. You saw past their pain and the ugly ways they ran from it, and you loved them anyway.

You did everything right, even though it may feel like a lifetime of wrongs.

So when you’re feeling at your weakest, immersed in the sadness of grief, please remember this:

It is not your fault.

You are likely drowning in a sea of guilt right now, but believe me when I say that nothing you did or didn’t do caused your loved one to become an addict.

I know it’s hard to comprehend the baffling nature of the disease, but you did not cause this and despite your best efforts, you could not have prevented this.

Addicts are born with a propensity toward becoming addicted. The addiction is triggered by a combination of many factors; elements over which you have little or no control. You are not at fault.

You are not to blame.

I heard it said once that guilt is anger turned inward. Do yourself a favor and let the anger out. Direct it elsewhere. You are in no way responsible for the life he lived or the way he died. 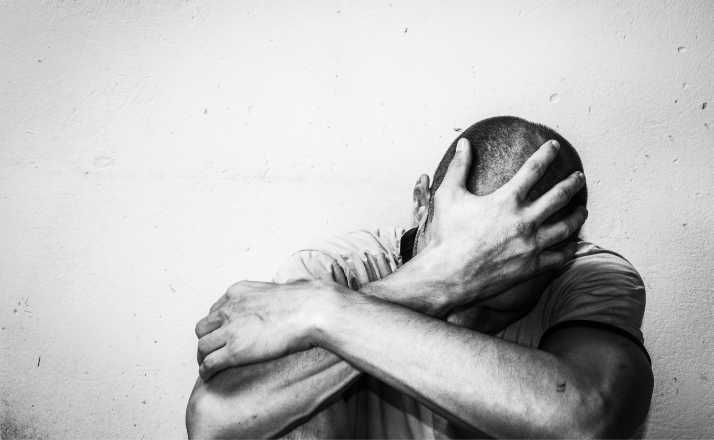 It’s okay to be angry.

You reserve the right to be angry.

Losing a child (or a sister, mother, brother, father, friend) to the disease of addiction gives you a justifiable reason to be angry. But please don’t be angry at them.

Believe me, they didn’t choose this life. They undoubtedly made several bad choices, but they weren’t in their right mind. The disease had warped reality so thoroughly that they weren’t seeing the world as we see it.

They were seeing a perception of reality that felt threatening, and their body and mind kicked into survival mode. And while trying to protect themselves, even though outwardly, it looked like self-destruction.

Be mad, but don’t be mad at them. Be mad at the disease of addiction.

Use that anger to fuel a passion for helping other addicts and their families find a way out. Your son or daughter or friend or parent did not choose to leave you — broken, hurting, and empty.

They weren’t the one choosing. And their disease didn’t care about you or even them.

Get angry at the disease. Seek revenge on his or her behalf by spreading awareness, hope, and shedding light on the realities of addiction. The worst thing you could do right now would be to stay silent because silence feeds the disease.

Your story is worth telling. Addiction is a family disease.

Although you might feel as if this is not your story to tell, I assure you that you are as much a part of the story as the addict.

You were in it together. As much as your loved one tried to shut you out, you were still in it with them.

You were probably more emotionally affected by their addiction than they were.

Addicts often begin using drugs and alcohol as a way to numb their feelings and they continue using because it works. For a while, the drugs effectively numb the pain. But you didn’t have a numbing agent to turn to while your family was walking through hell.

You felt the gravity of the situation. You carried the weight of his addiction. You were the one who was thinking and feeling clearly and you have a powerful story to tell.

Shame might try and stop you from telling your story. It might tell you your story isn’t worth telling because the disease won, but listen closely: Your story can and will save lives.

Owning and sharing your experience is the bravest way to fight the disease. The life of your loved one mattered, and their death has the potential to matter even more. Help to make his or her story — your story — matter.

Despite the overwhelming presence of addiction and the rapid rise in suicide and accidental overdoses, people are extremely uncomfortable talking about addiction.

Your friends don’t know how to navigate this painful time. If they are shying away, that doesn’t mean they don’t care. They are just lost.

They don’t know what to say or what to do; they need your guidance. You might not even know what you need right now, but when you start to figure it out, tell them.

You will get through this, and the acute pain you feel right now will lessen.

Their death will inevitably change you, but it doesn’t have to destroy you. Let the grief evolve you. Let your love for them propel you into a dimension of living you never knew was possible.

But in the meantime, rest assured that the hearts of other families rocked by addiction are bleeding with you.

A recovering addict, whose demons are the same as your loved one’s.

To the family of the addict who’s addiction won, You did enough. I know you may not believe this now, but it’s…

Posted by Feelings and Faith on Wednesday, January 29, 2020

Were you recently transported back to the year 2012? Have you been having flashbacks of women from your high school … Read More