Filter Free Parents
Home Kids TikTok Is Taking Over The World, And Our Kids. Here’s What Parents...

When I was growing up Facebook didn’t exist, Instagram was in the form of a Polaroid camera, YouTube was known as MTV and TikTok was the sound a clock made.

But not anymore. TikTok has become one of the fastest growing social media platforms in the world.

It is estimated that there are over 1 billion users worldwide with 800 million of these being active monthly. In the U.S alone? There are over 96 million users. It has beat out Facebook, Instagram, YouTube, and Snapchat as the most downloaded app on the Apple Store in 2019.

And TikTok’s primary target? Our kids.

Developers of the app created it specifically with teenagers in mind. And clearly? They knew exactly what they were doing. According to App Ape Lab, 40% of users are between the ages of 10 and 20. That’s right, kids as young as 10 are some of TikTok’s biggest fans.

Jiminy Parental Awareness App confirms this. Based on their user data, they tell Filter Free Parents:

Think your child isn’t on it? You may want to think again. In an informal poll of my kids, almost every one of their friends has TikTok. They are all under the age of 12.

If you’re sitting there, confused over what it is exactly, hello, I’m right there with you. But if it makes you feel any better, even Reese Witherspoon needed a tutorial from her son:

So what is TikTok?

TikTok users can create and share short videos of themselves. Creators have access to an extensive toolkit; including music, filters, and special effects. The majority of users use it to show off their singing, dancing, lip syncing, and comedic chops.

But they don’t take it too seriously. TikTokers embrace “cringey” content and the sillier and goofier the better.

TikTok Is So Much More Than Just Lip-Syncing

It advertises itself with the tagline, “Videos To Make Your Day.” Which include: animal, gaming, DIY, on the job, art, and weird videos. But it is so much more. There are challenges, duets between fellow users, act-out memes, and marketing of brands and merchandise.

That Lil Nas X diddy, “Old Town Road?” (The one your kids WILL NOT STOP singing), went wildly viral thanks to being turned into a meme on TikTok. 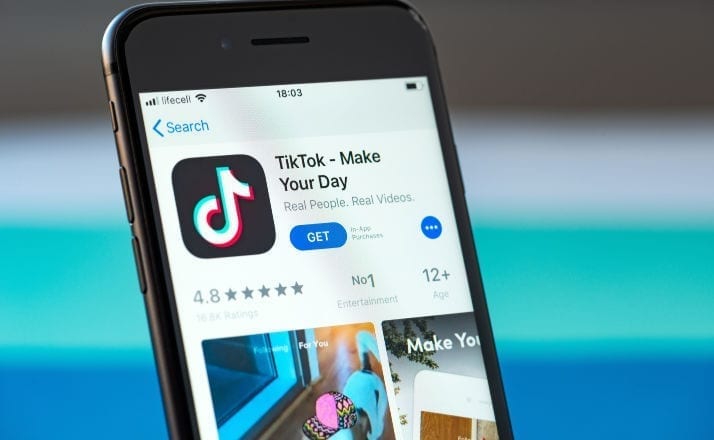 History of the App Tik Tok

TikTok, owned by Chinese parent company Bytedance, re-branded and merged with Musical.ly in 2018.

Musical.ly was mired in controversy. The FTC found it guilty of violating the U.S. Children’s Online Privacy Protection Act early this year.

They “uncovered disturbing practices, including collecting and exposing the location” of young children. They also discovered that Musical.ly had received thousands of complaints from parents that their children had created accounts without their knowledge and failed to delete information on underage kids when requested.

As a result, TikTok had to remove all of the videos created by children under the age of 13.

They also created a limited use app for their young subscribers that allows them to still record content (without being able to post it) and view curated, clean videos. There is no messaging or comment capability.

Any user under the age of 13 who tries to create an account will be met with the following message:

They can, however, still download the app and instantly see all of the videos posted. They just can’t share, post, or comment until they set up their own account. And as far as the age limitation? It is completely dependent on full disclosure.

There is no proof of age required.

What Happened When I Downloaded TikTok

Sure, there are some cute animal videos, funny comedy sketches, great lip syncing, and even our favorite late night host, Jimmy Fallon.

It’s a rabbit hole of good songs, crazy pranks, and sheer stupidity. But like all social media, there is obviously still a dark side.

So parents, fair warning. You WILL want to monitor and set up restrictions should you decide to let your child use it.

The extensive music library is not censored, and inappropriate content, explicit language and hashtags, and sexual innuendo abound.

If your kids don’t already know every swear word and racial slur, they will now. And those internet predators? Yup, they’re lurking around too.

Safety Precautions You Can Take With TikTok

All accounts are automatically defaulted to public when they are created. This means anyone can see, like, and comment on your child’s videos.

You CAN change this to private. Once switched, videos can only be seen by the creator and approved followers and messages can only be received from friends.

On the Privacy and Settings Page: set the Duet, React, and Send Me Messages tools to either Friends or Off. Turn off location settings and also turn off the Allow Download tab.

This will prevent content from being unknowingly downloaded and shared.

It is of note, however, that your child’s profile photo, user name, and bio will still be visible to all users.

There is also a Restricted Mode option.

They have a “Digital Well-Being” setting which lets you put a cap on screen time. Once the time limit (of up to 2 hours) has been reached, a passcode is required to unlock the screen.

And in an effort to encourage positivity, TikTok only has one reaction symbol – a “heart”.

However, there is no firewall in place to dissuade negative comments. Users can even create “reaction videos” when sharing and overlay them onto the original videos. Cyberbullying and vitriol are still real threats.

As much as those of us who are not Generation-Z may not fully get it, it’s obvious that TikTok isn’t going away any time soon. 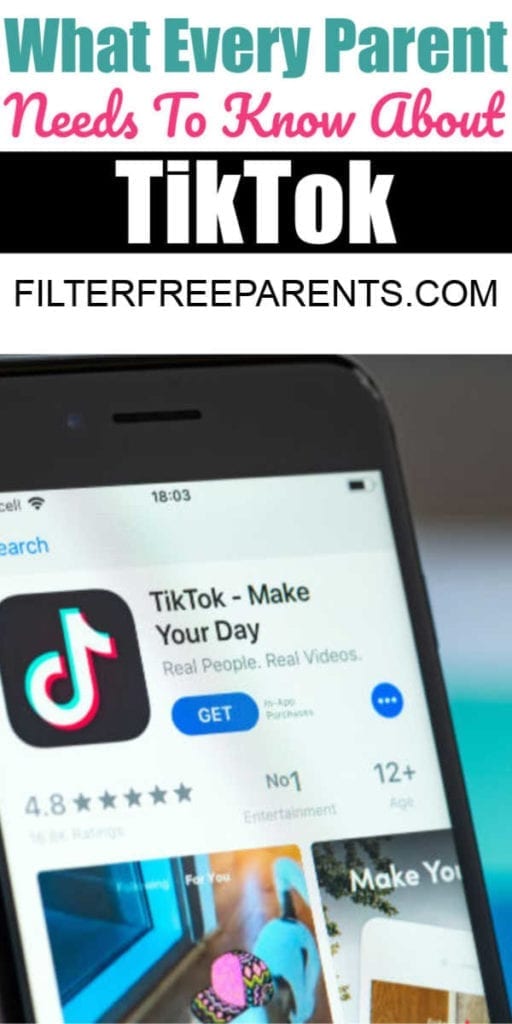 For our tweens and teens it IS the app of choice. What’s scary is that younger and younger kids are being enticed into a world where likes and popularity reign supreme. And a world with very few limits and boundaries on the content that they are being exposed to.

At first glance, TikTok may appear to be harmless. But don’t be fooled. For every Tik, there is a Tok. It still holds many of the same dangers as every other social media app out there.  And our kids are paying the price.

At the end of the day, it’s our job as parents to determine what we feel is appropriate for our own kids. After reviewing TikTok myself, I think it’s going to be a long time before my kids will be doing any Tik Toking without me.

As parents, we do everything humanely possible to keep our kids safe. We child-proof our houses, select our babysitters & … Read More