The threat of child predators is obviously one that parents need to remain vigilant about, especially as predators attempt to make contact in any way possible with their potential victims.

As most parents know, this threat is equally sobering when concerning the online activities of children. It’s disheartening to know that the latest scheme of online child predators to lure their underage pray is the use of none other than kids’ favorite new online game: Fortnite.

If you’re a parent, you’ve heard the name. It’s nearly impossible to avoid hearing about Fortnite, the newest & coolest online game (Fortnite even featured the “floss” dance; need we say more??). Tons of kids either play it, beg their parents to let them play it, or whine about when they need to stop playing it. They love it. 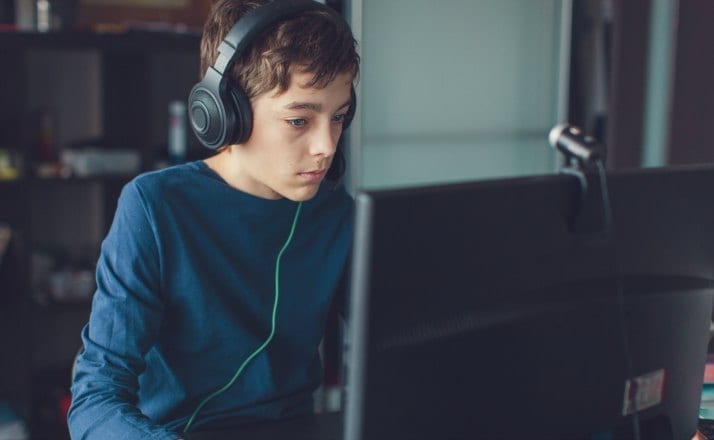 Child predators are why we have to stay vigilant

And child predators are exactly why we can’t have nice things like Fortnite, because they have taken to the chat portion of the game in attempts to groom potential underage victims.

This disturbing trend came to light in the state of New Jersey last week, as state Attorney General Gurbir Grewal announced the arrests of 24 -TWENTY FOUR, in just one week!- suspects that were caught attempting to lure minors into conversations regarding potential sexual contact. And here they are, courtesy of NJpatch.com:

The suspects were discovered via New Jersey State Police’s Internet Crimes Against Children Task Force. (Isn’t an unfortunate reality of our times that there is an entire crime division needed to be devoted to such a problem?)

And according to reporter Paige Gross’ article on NJ.com, the predators were even shadier in their attempts to make contact:

Some of them –a police sergeant included– posed as teenagers, themselves.

The suspects logged into the chat portion of Fortnite and other online games frequented by underage patrons.

They initiated conversations with individuals that they assumed were underage, but were actually Task Force members taking on the guise of teenagers. Once the suspects shifted chat conversation toward sexual topics (and photographs), a false  “meet-up” was arranged, & each suspect promptly arrested upon arrival.

While the sting was a great success, the announcement of it makes it clear that online predators are getting craftier in their shady methods. In the very words of State Police Superintendent Colonel Patrick Callahan,

“These arrests serve as a sobering reminder that parents should closely monitor their child’s online activity.”

We can set timers, set parental restrictions and block certain websites, but we also need to be even more discerning in educating our kids’ about who they chat with -or who they shouldn’t be chatting with.

You have to talk to your kids about predators

I recently got caught off-guard in this very same situation. My older kids have limited access to a few of their own social media apps, which are all set to “private”. Despite that setting, however, my 16 year old daughter was messaged on Snapchat by a person with the same first name as someone she knows. She accepted the chat, & the individual asked a few sleazy questions. She not only blocked him, but had the presence of mind to screenshot the conversation AND bring it to my attention.

This time, I was lucky. I realized after the fact that I had never discussed what she should do in a situation where she’s not totally sure who is trying to contact her. It can be tricky, especially if the person claims to be a teen as well. Who really knows? How far could it have gone?

As parents, we can equip ourselves & our kids to deal with this slimy new predator method. We can do our best to stay informed as to WHO they are talking to, & educate them on avoiding any kind of prolonged conversation with people online that they don’t definitively know in real life.

Fortnite can, & should, be fun for its underage fans, & our vigilance as parents can help to keep it that way.

I’ve been hitting the gym as of late, and was pretty excited to finally run my first mile in under … Read More