When I was a kid, my mom liked to quote a children’s book whenever I questioned her or sassed her. Or rolled my eyes at her. Or told her I hated her more than anyone else in the world.

“Someday you’ll know” was always her refrain. I always shook my head like any other teenager. I am now a parent of teenagers. Someday is here. And I do know. There are days I don’t want to know. Most days involve being temporarily hated by one or both of the teenagers that live in my house. 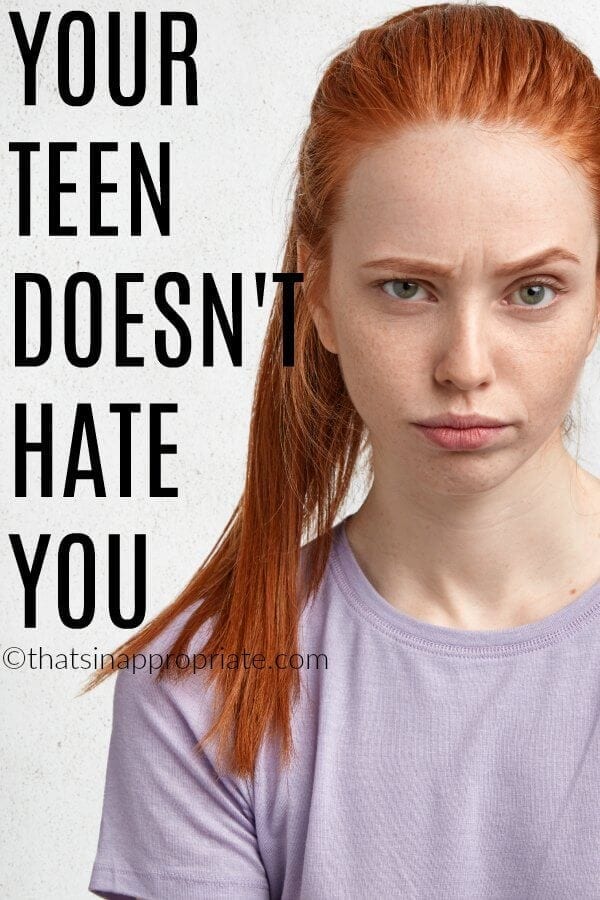 It’s Normal That Teenagers Want Out of the Nest

Teenagers question a lot of things. When they question your ideas and wisdom and just about everything you say or do, think about what will transpire in 4 or 5 years. Think about most Disney movies. Elsa and Anna’s parents die right before they become teenagers. Bambi’s mom, same. Even Nemo’s mom is rather dramatically killed off right as he’s going off to school.

Teenagers may act like they hate you when in fact it just means: it is almost TIME FOR THEM TO LEAVE HOME. Feel lucky that Disney isn’t there to kill you off and do a little happy dance that you are raising an independent kid. That also means you won’t have to take them to court at 30 to finally get them out of your basement.

Just by the nature of age differences, teens may believe your clothes, car, make-up, etc. are out of date. When you are dealing with an “I hate you” because there is nothing to wear in her closet, think of your own clothing battles with your mom.

And try to not gloat too much when the scrunchie or leggings your daughter wants are eerily similar to what you wore in high school. We have rules based on decency and dress codes. If they want to wear all black or stirrup pants with a scrunchie, I’m not going to fight that battle (even though I know they will want to burn the pictures).

In a tech-driven time, a teen’s technology like phone and computer carry weight: socially and academically. It is a fine line to cross of complete monitoring v. trust. Technology is definitely a currency for both of my kids.

When they take the sass a little too far or break rules, taking away technology definitely elicits a response. The negative response goes deeper than just losing a privilege. There is a social tie to their friends. There is a panic they can’t complete school assignments.

The phrases of “I hate you because you took away my technology” or “I don’t have a phone like so-and-so” are again signs of growing independence and pending adulthood. If someone took MY PHONE AWAY, I might feel temporary hatred too.

It’s Normal For Teen Hormones To Be Out of Control

Sometimes, the juncture of one “h” word hits the other one:

With hormones changing rapidly, your teen may be under the influence of testosterone and estrogen. If you wait a few days, the hormones should pass over the household.

It is not an excuse but hormones do play a role in HOW TEENS REACT to everyone and everything. Think back to your own hormone-filled teen years. If you didn’t cry for no reason or hormone-hate your parents at least once, you may have had the easiest teenage years ever. 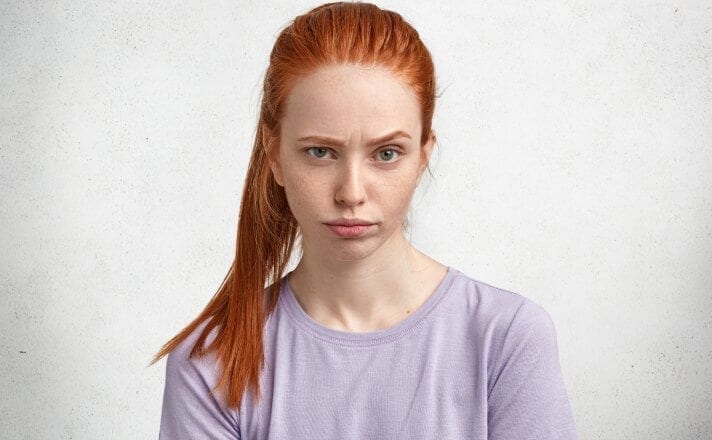 It’s Normal For Teenagers To Roll Their Eyes

Teenagers don’t even really have to say “I hate you”. There is a certain eye roll that conveys that with one emphatic, forceful glance. The eye roll’s close cousin is the bedroom door slam. My mother also likes to tell the story that I spent most of my teenage years storming off and slamming doors.

While at the time, I most likely gave her a solid eye roll and slammed my bedroom door, I understand that need for privacy and that frustration in my own kids. My own eyes still maintain that teenage ability to roll back but now it is in response to an inappropriate outfit or a boy or just a return eye rollback (that usually stops them in their tracks).

It’s Normal To Hear Teenagers Say “I Hate You”

In the midst of an “I hate you” throes one day, I came across a story about Mark Twain and what has to be a time with his own teenage children. He is quoted as saying kids should be placed in a barrel around age 10 and fed through a hole. At 13, he jokingly suggested parents plug up the hole and let kids out again at 18 as full-fledged adults.

While the story is in jest, it helped me know even Twain was just a dad. Just a dad with STORMY, HORMONAL TEENAGER that may have thought they hated him too. If a teenager can hate Mark Twain, it make me feel better. I also talk to other parents in the same teenage boat. Shared empathy helps the parent in me feel like less of a failure. Knowing other “good” kids are slamming doors somehow lessens the pain.

It’s Normal for Teenagers to Not Understand

The “someday you’ll know” parent moment for me comes with both hindsight and foresight. I remember my teenage angst against my parents. I try to approach today’s moments with clarity and compassion and a teenager’s heart, not a forty-something. But I also come with perspective and the broader view of a parent that knows why there are the no’s and groundings that can bring “I hate you” to a teen’s lips.

When my normally happy, compliant teenagers roll their eyes or slam their doors; I know it isn’t actually hate. It is being a teenager. It is that someday. They will have their “someday” moment when they realize they didn’t really hate their parents either. While teenage hate directed at parents can really hurt, it also makes subsequent “I love you’s” even sweeter.