Ah, the holidays. Days filled with fun activities, time with family and friends, laughter and joy, and surrounding ourselves with all the best desserts that we can possibly consume in one sitting.

But this year, Marie Callender’s had other plans.

In a plot twist that no one saw coming, Marie Callender’s literally ruined one family’s Thanksgiving dinner.

How is this possible? Well, to be honest, I really still have no clue.

How a pie company that sells PREMADE pies that literally just have to be baked is getting blamed for ruining Thanksgiving is beyond me, but to one woman on Facebook named Sharon Weiss, it just makes perfect sense.

Since the epic photo of

“the pie that ruined Thanksgiving” has gone viral, there’s no doubt that others are wondering what in the hell Sharon is actually blaming the pie company for?

Did they cause her to bake her pie at the “burn in hell” temperature on her oven?

I’m also thinking that no amount of whipped cream is going to make this thing edible. 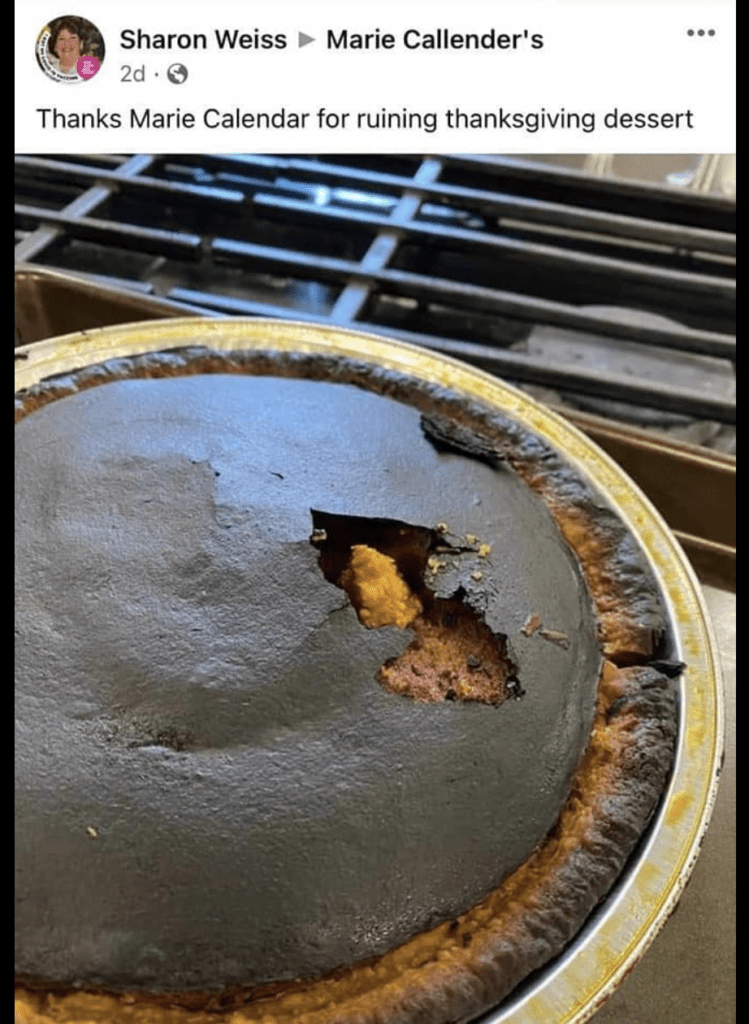 What started as her simply tagging Marie Callender’s and “thanking” them for ruining her Thanksgiving dinner, has now turned into a variable shitshow that we just can’t look away from.

And once again, the internet comments don’t let us down. While Marie Callender’s was kind and polite, the rest of the world was not having it. Bottom line? You can’t burn your own damn pie Sharon and blame someone else! 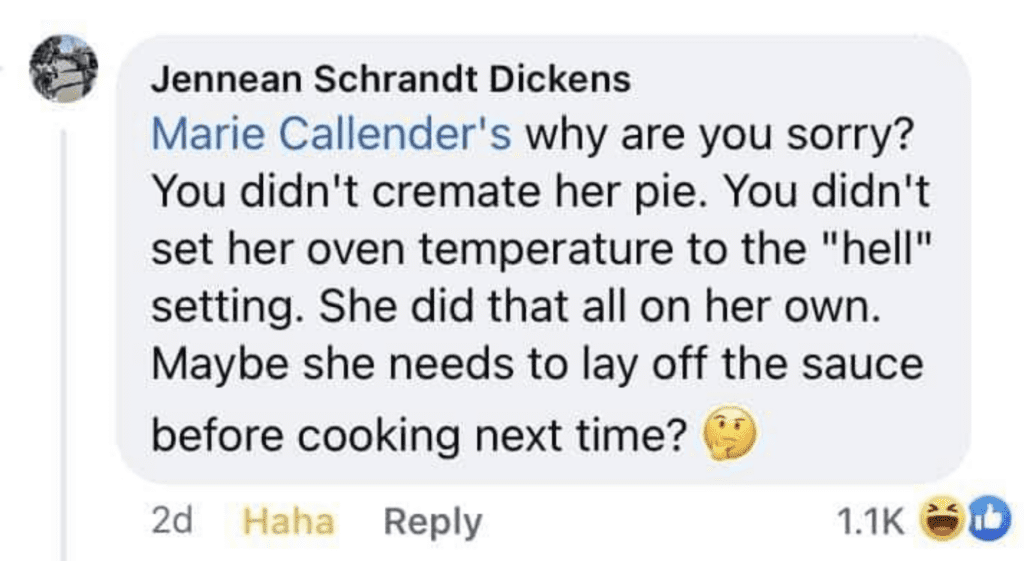 People quickly jumped on the bandwagon about how ludicrous this whole thing really is.

The comments just didn’t stop there. They took a take a turn to the dark side (even darker than her burnt crust) – and we are loving it.

That’s what the heat wave was on Thanksgiving Day?!

There are some creative smart asses out there that I’d really like to be friends with. 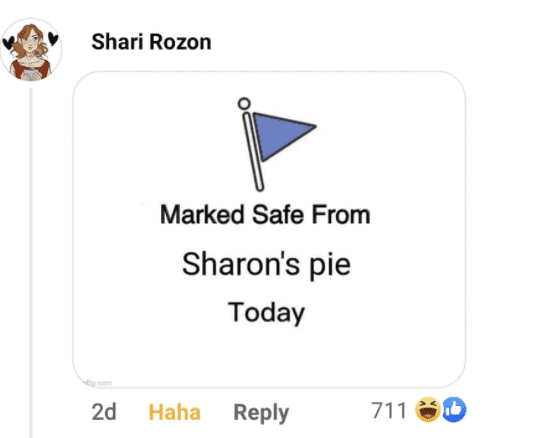 I also think that Sharon is old enough to follow the printed directions on the back of the box – or lay off the wine before trying to cook.

Maybe her ultimate goal was to get out of baking in the future? 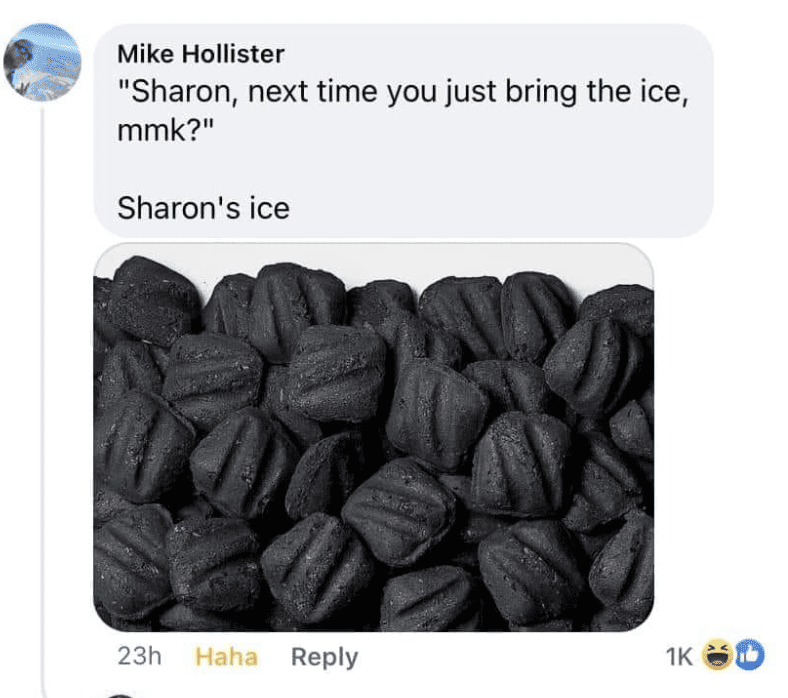 Then there are the ones that edited images to make those golden memes that’ll live forever. 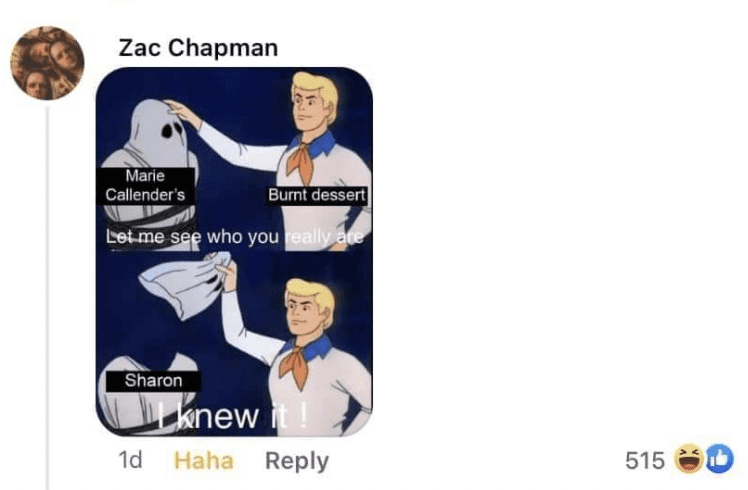 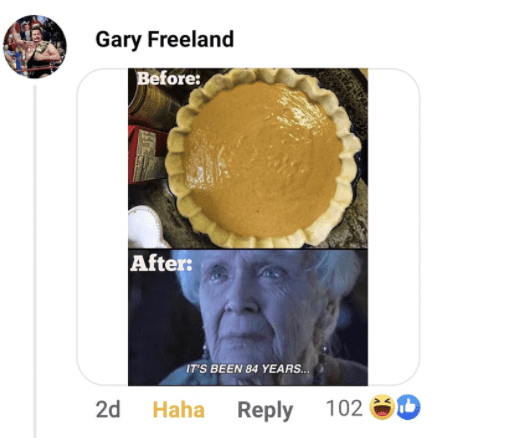 Can you imagine sitting at the table and seeing that pie put in front of you? If National Lampoon’s Christmas Vacation ever makes a sequel, this pie debacle HAS to be added to it. While we don’t agree with Sharon pointing the finger at Marie Callender’s, we have to admit that it created some laughs during a stressful time of the year.

I also am in agreeance with Felecia’s comment below. I now too will be blaming Marie Callender’s for everything that has gone wrong in my life. Even though it’s totally not their fault.

The topic of violence in schools is a painfully alarming one , but it’s also something that we’re accustomed to … Read More