I was a healthy, young, stay-at-home mother of two who was determined to be the perfect mom.

We were living in Wisconsin, four and a half hours away from family, and I got it in my head that being the perfect mom meant not having to ask for any help.

My daughter had turned one and my son three. We had a busy few months since October but I could handle it.

Let me rephrase that: I thought I could handle it, but then my body broke.

I had to provide the best for my family.

I had to take my children on educational trips.

I had to make nutritious meals for my family.

I had to breastfeed my daughter.

I had to have play dates with our friends. We had to drive back and forth to Indiana to visit family every 4 to 6 weeks.

I rarely said, “no,” and thought I could push through and do anything and everything I thought was required of me.

In the months leading up to me being in the hospital, I had vigorously trained to run a half marathon in October 2015. At the end of the month I stopped sleeping.

My body might have been lightly sleeping for a few hours each night but I never had a dream. I would wake up exhausted every day and this should have been a red flag for me but I never sought help. 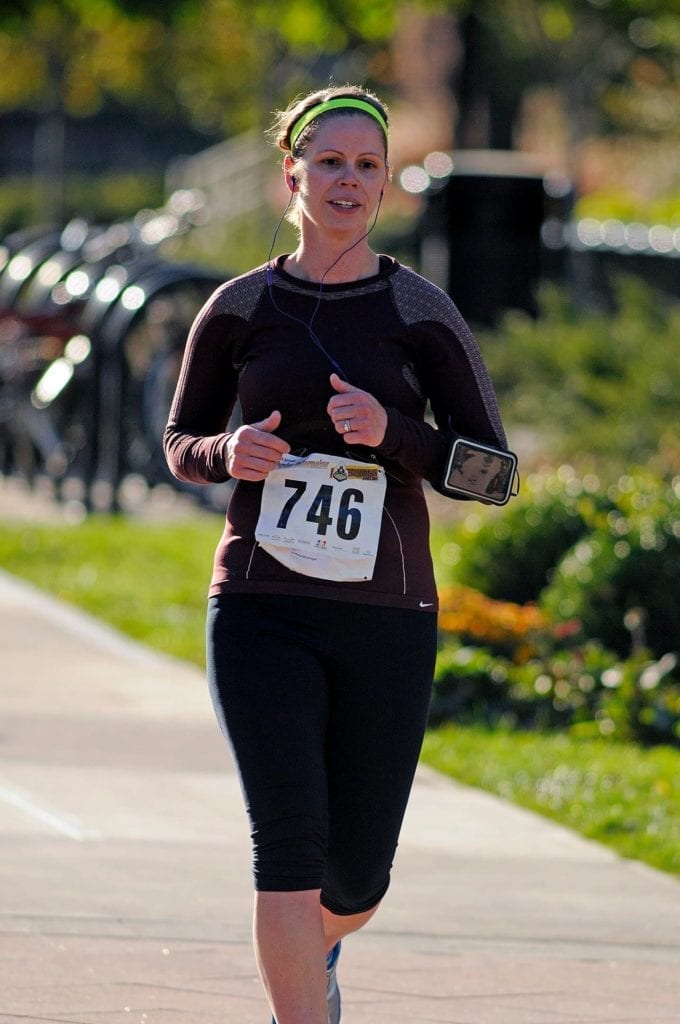 In my mind cleaning the house, cooking meals, and running errands was inadequate so I took “mommying” to the extreme and pressured myself to make every day an educational, fun-filled, exploratory experience.

I loved when others asked how I could do it all – but then I couldn’t.

I had people to talk to, a great support group of other moms, a wonderful family, and an amazing husband but I didn’t listen when they told me to relax and that I was doing too much. I believed I could do everything all by myself.

We celebrated my daughter’s first birthday in November of 2015. That month I got a kink in my left shoulder blade that would not go away. Another red flag ignored.

In December, my parents came over to our house for Christmas and at the same time my grandma went into hospice.

We knew the end was near for her, but I did not give myself the time to accept her passing which took place a few days into the new year.

After the funeral, I started seeing a chiropractor for my back, but it didn’t really help because I know now that the problem was far deeper.

I ignored the signals my body was giving me and at the end of the month we drove back to Fort Wayne to celebrate our son turning three.

In February, my entire upper back and shoulder blade kinked up and all I could do was lay on the floor until my husband got home. 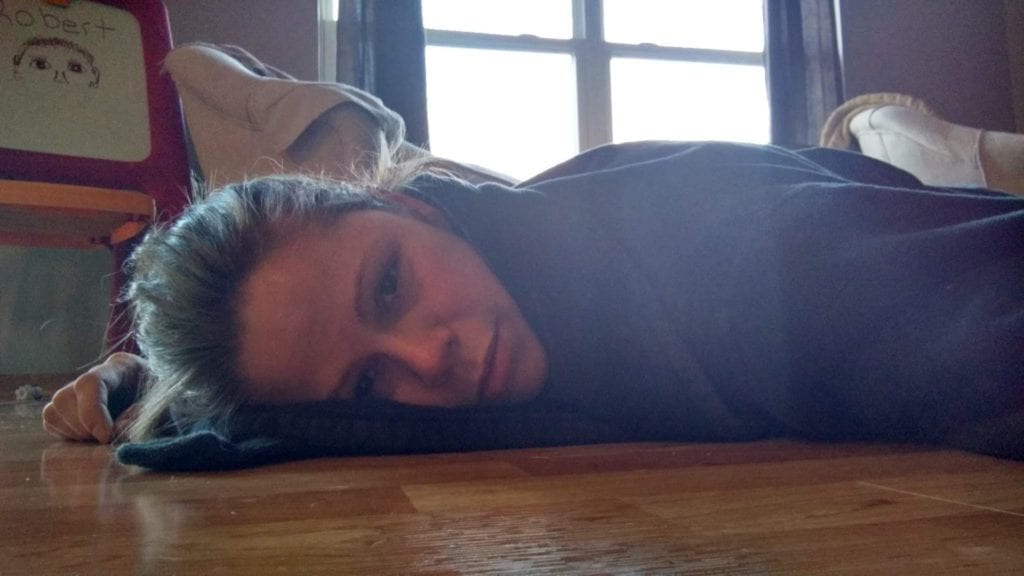 It nearly killed me to stop the dizzying pace that had become our normal and yet it was killing me to keep it up.

The following day. I was able to move but I was still in pain. My doctor gave me an injection to help ease the hardened muscles but the real problem remained and I ignored what my body was telling me.

On a Wednesday in the beginning of March, I took my children to lunch with a group of friends and then to an indoor play place. That evening I crawled into bed and became nearly comatose (because I still wasn’t sleeping), and I woke up freezing and nauseous.

Even after turning on the heated mattress pad I couldn’t get warm and my body started to twitch. It wouldn’t stop and became much worse through the night.

Thursday morning I was still nauseous and still convulsing. I thought I had food poisoning or the flu. Of course that was nothing I couldn’t handle, so I told my husband to go to work.

When he refused, he packed me and the children in the car and took me to Urgent Care.

From there they transported me to the emergency room where I continued to have spasms and convulsions that stopped me from being the mom, wife, and friend I wanted to be.

I was admitted and my body forced me to stop and pay attention. I spent the entire day getting fluids and tests but the only conclusion the doctor came up with was low calcium.
On Friday morning I was still convulsing.

Every test came back normal and I ended up going home the following day with an anti-seizure medication. With no actual answers, I was still in denial. My mother suggested Conversion Disorder but my doctor apparently didn’t agree.

My mother took my children back to Indiana with her so that I could rest. Again, while the week in bed was helpful, it did not solve the underlying problem.

In April, nearly six months after the first signs, I finally saw my doctor and discussed the possibility that I might have depression.

I was prescribed an antidepressant and was able to wean off of my anti-seizure medication. By that summer I was a new person.

I looked forward to my garden and playing with my kids. I gave myself the grace to not get everything done every day. 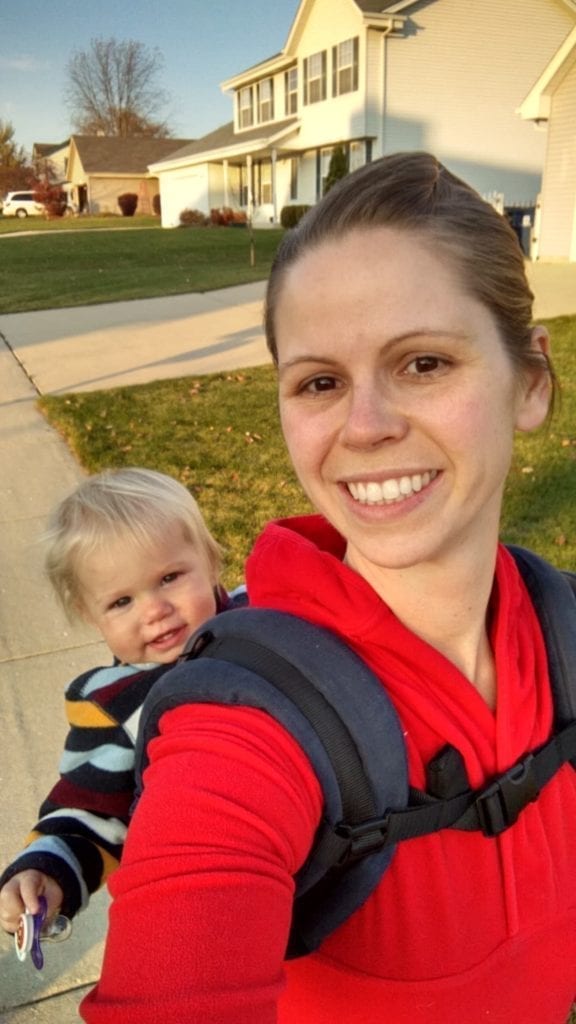 Sometimes my house was messy.

Sometimes the dishes or laundry didn’t get done.

Sometimes we ate pizza or picked up sushi from the store. I wasn’t yelling or crying or stressing all the time. My relationship with my kids and husband improved. Life wasn’t perfect but I wasn’t broken anymore.

If this is you, please do not wait to get help.

Go talk to a doctor, a therapist, someone who can help you. There is no shame in taking medication if your body needs it. Pay attention to what your body is telling you.

Remember back in the day when pictures used to capture real life? Like, “what you see is what you get?” … Read More