Filter Free Parents
Home Health + Wellness What Is Midwives Brew And Does It Work?

As the end of your pregnancy approaches, there’s probably one thing dominating your mind: birth. You may spend your days googling allthethings, from birth plan templates to birth videos.

If you’re really uncomfortable or anxious –- or both! –- you may also be looking for ways to induce labor. That’s when some women turn to what’s called “Midwives Brew.”

What is Midwives Brew?

The so-called Midwives Brew combines a series of ingredients said to have the potential to induce labor. People also sometimes refer to it as the German Labor Cocktail.

This brew generally consists of some combination of almond butter, castor oil, lemon verbena, and apricot. You can drink it cold or warm, like a tea. In any case, it’s generally a pretty unappetizing drink. (If you’ve ever tasted castor oil, you know why.) 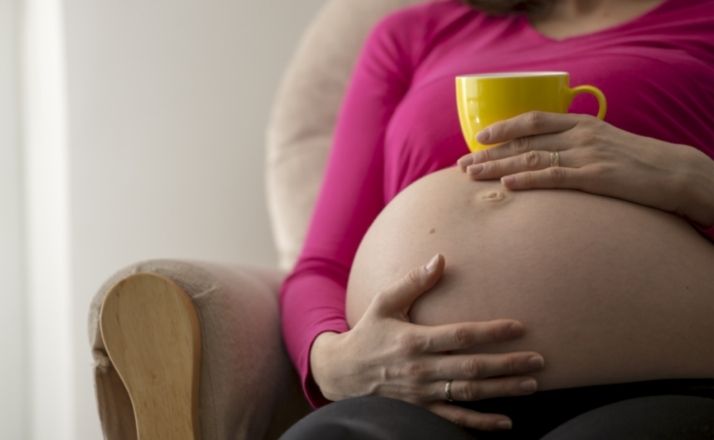 This probably isn’t the answer you want, but there’s relatively little scientific study backing these claims.

Various ingredients in Midwives Brew have been rumored to jumpstart labor. However, when those ingredients have been studied in clinical trials, they’ve often proven no more effective than placebos at inducing labor.

The one ingredient in the brew that may be effective in inducing labor is castor oil. Some studies have shown that castor oil induces labor better than a placebo in full-term women. Of course, this sample size was small and all the women were over 40 weeks already.

Of course, castor oil can also cause a good deal of digestive upset. So, maybe it will work. Or . . . maybe you’ll end up spending your last few days preparing for labor with zero contractions and a nasty case of diarrhea. It’s a gamble, for sure.

If you want a thorough breakdown of some of those studies, Healthline did a nice summary of the research. They also give you some other ideas for ways to induce labor that have better stats than Midwives Brew.

What if I want to give it a try?

{This post may contain affiliate links, which means I may receive a small commission at no additional cost to you if an item is purchased through that link. For more information, click here.*)

Of course, the dubious evidence for its effectiveness doesn’t stop women from scouring the internet for Midwives Brew recipes.

A quick search of pregnancy Facebook groups and birth boards will often show very-pregnant women asking for stories of its success. In fact, one of the top search results for Midwives Brew is a blog by a random mom with no labor and delivery experience at all (aside from having birthed her own children).

This would be a good time to remind you: whatever you decide, whether it’s to give Midwives Brew a try or skip it, you should absolutely discuss this with your medical provider.

If you’re full-term and your provider deems it safe, by all means, have at it if you’d like. You can make your own, using this recipe from Mommy Labor Nurse, or you can find a bunch on Amazon.

In any case, I wish you the best of luck and a safe and (relatively) speedy delivery!


Hamilton Is Coming To Disney+ THIS …

Hamilton fans rejoice! (And if you’re not a fan, what IS WRONG with you!!) Lin-Manuel Miranda and Disney Executive Chairman … Read More

School lunches typically get a bad rap, but personally, I think they’ve come a long way since back when I … Read More