If you tell any non-mom that motherhood makes you feel lonely, they all give you the exact same confused look.

How could you possibly be lonely? You were just complaining five seconds ago about how your two year old throws a fit if they don’t get to sit on your lap while you use the toilet? Do you have short-term memory issues?

They don’t get it because they aren’t moms.

They figure that you’re either slightly crazy, overly needy, or you just suffer from memory loss and move on, because someone who hasn’t been a mom just doesn’t have the capability to understand the weird (yet completely logical) sense of loneliness that comes with being a mom.

Why We’re Not Actually Crazy

The problem isn’t that we are alone, because we’re literally never alone. Ever. The problem is that our “company” is a pre-verbal or just-barely-talking human whose primary concern is their own needs.

They’re supposed to be concerned with their own needs. They’re kids. It would be completely dysfunctional (and a little worrying) if they were put in the position to be our emotionally-supportive, mini therapists. They are still working out how to use a fork without injuring themselves, so I don’t expect them to have the mental capacity to ask me how my day went.

However, this never-alone-yet-never-actually-in-human-company dichotomy makes for an incredibly (and incomprehensibly) lonely way of life.

You wake up to a small human crying (if you have a baby), poking you in the eye (if you have a toddler), or asking you some inane question about why lions have legs (if you have a slightly older child). You then proceed to get your kids ready for the day, fix them breakfast, find the perpetually-missing shoe, and a host of other tasks none of which place you further than fifteen feet from your child.

If you have a baby, it is fully possible (and actually quite probable) that you can go more than 24 hours without ever even coming out of physical contact with your squirming, little potato. 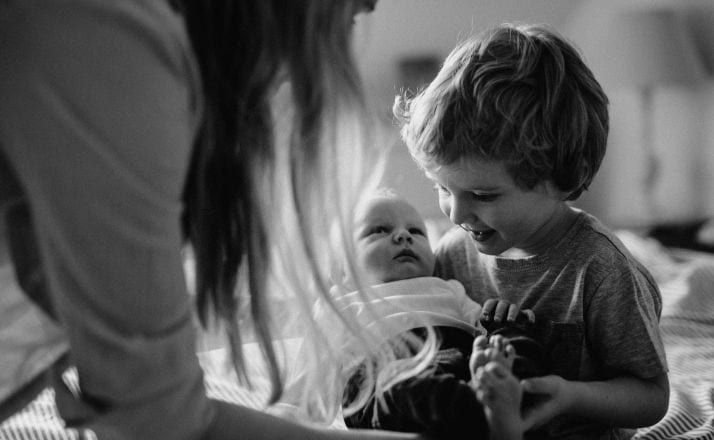 I accidentally stumbled into the attachment style of parenting. I say “accidentally” because it wasn’t a conscious choice. I didn’t read endless books and circle that style with a highlighter, I just had a baby and started carrying it around because it was easiest and didn’t find out that attachment parenting was even a “thing” until much later.

After three days with my new baby in which I slept no more than an hour and a half at a time and was beginning to hallucinate from sleep loss, I caved and let her sleep on my chest after nursing. She slept for 7 hours straight. Almost four years later, she still sleeps as close as she can physically get to me, usually with her finger in my bellybutton. (Because that’s apparently completely normal if you’re a toddler.)

Given this schedule, in which I’m still within arms reach of my toddler approximately 23 hours a day, I can see how a non-mom might find it strange that my primary emotional complaint about motherhood is feeling lonely.

What they don’t see when they look at this schedule is the lack of actual “human” companionship.

Yes, you wake up next to a human, but they don’t ask you if you slept well. They roll over and smack you in the nose before asking why JackJack from The Incredibles turns into a monster and then they bounce out of bed without waiting to hear the answer.

Yes, you have an adorable, little buddy to keep you company when you shop for groceries, fold the laundry, or pay the bills.

What non-moms don’t realize is the sheer amount of energy it takes to talk to your toddler out of wanting every item in the grocery store, to keep them entertained while you try to fold laundry faster than they unfold it, or just how hard it is to write a check one-handed while breastfeeding.

You have constant company, but never actual companionship. You’re constantly talking but never have an actual conversation.

Even my husband, who is an absolutely fantastic dad and the best partner I could ask for, doesn’t fully get this dichotomy. I tell him that I missed him while he was at work and he still replies that he missed me too but at least I got to be with the kids all day.

Non-moms just don’t get that you can be physically with another human being 24/7 and still feel completely and totally alone.

I crave nothing more than an actual conversation with my husband. You know, the kind where the other person listens to what you say without smearing jelly on your shirt and then asks you a follow-up question that actually relates to what you were talking about?

Unfortunately, even when he comes home, this rarely comes to pass.

The only thing small children are better at than being clingy when it’s just the two of you is ensuring they’re still the center of attention when there are other adults present. I’ve literally tried to hug my hubby and had our toddler use her superhuman toddler-strength to wedge herself between us.

It’s not malicious, she just figures that if a hug is happening she should probably be involved. 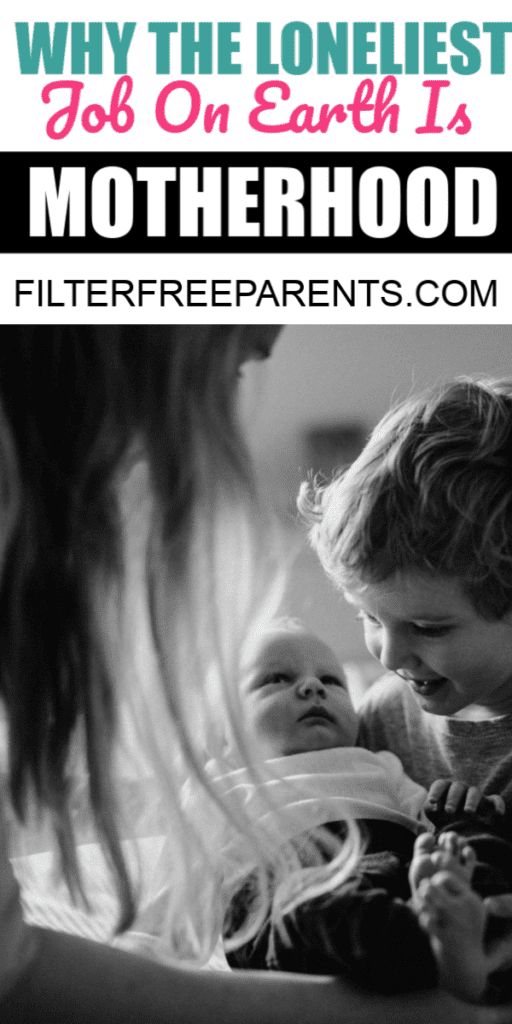 So you co-parent until bedtime, often with you adoringly watching the adorable scene of your amazing partner being super-dad even after he comes home from a long, tiring day. Your heart warms at what an amazing dad he is, but you still have to put your own needs for adult interaction on hold because “dad time” is so monumentally important for both of them.

Then it’s bedtime and you and hubby split forces. One of you gets some work time while the other puts the kids to bed (and you’re still alone, whichever role you play). By the time you manage to get the kids asleep in their own beds, you’re both too exhausted to form actual human words even if you wanted to, so you fall asleep watching The Late Show together until the toddler scampers into your bedroom at 1 am and the cycle begins all over again.

How to Make a Mom Love You Forever

Unfortunately, I don’t have a quick fix for this problem. I can barely explain the phenomenon well enough to get my husband to understand it, not to mention propose a valid solution.

What I can tell you is that every mother of a small child I’ve ever talked to automatically knew exactly what I was talking about without me ever having to explain it. It’s like a secret sorority with the most inhumane hazing process ever.

So while I can’t say I’ve solved the problem, I can make a heartfelt plea to any non-moms out there to stop giving moms weird looks when we say we feel lonely.

Accept that it is completely possible to feel lonely even when you’re with another human being every moment of the day.

In fact, if you really want a mom’s gratitude for life, commit to having a conversation with us even with the racket of whatever havoc our small human is currently wreaking. Better yet, volunteer to hold the baby in a different room while we have an actual adult conversation with our husband for five uninterrupted minutes. We’ll nominate you for freaking sainthood.

If you can’t do that, just do us the favor of keeping your opinions to yourself until you’ve walked a mile in our marker-stained shoes.