Facebook’s Messenger Kids app was met with much resistance and skepticism when it launched a preview build for iOS last month and as a Fire tablet app on Amazon earlier this month.

Parents on every platform were shouting, “Not my kid!” While many commenters never took the time to articulate their views any further, among those that did, the top reasons for resistance were the belief that kids should not have phones — or tablets, apparently — and privacy concerns about Facebook collecting data on their kids. Last week, their mistrust was validated by a group of 100 child advocates and experts who sent a letter to Facebook voicing their concerns over a social media app for younger kids.

I jumped at the opportunity to download Facebook’s Messenger Kids app when it launched in December. The original Facebook Messenger is my messaging app of choice. I use it almost exclusively, even having it set up to handle SMS messages from family and friends. Naturally, the kids see me using it, see me sharing funny GIFs, using silly photo filters, and they want in on it. I wanted them in on it, too! 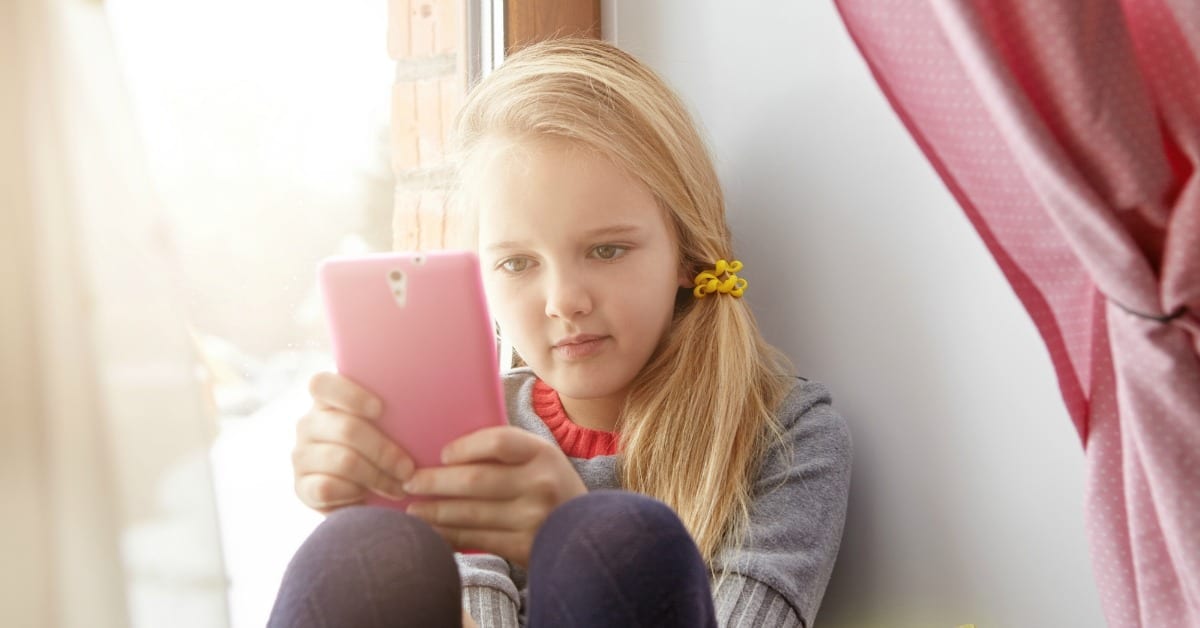 My kids are still fairly young (a 9-year-old boy and twin 7-year-old girls) but I am not at all going to pretend like they don’t each have their own cheap tablets and hand-me-down phones. As for privacy, I operate under the assumption that everything I do online is going to be seen and used. That is an important lesson to start teaching kids right from the start; everything we do on the internet is, at the bare minimum, a data point for something.

The letter claimed that Facebook was not responding to a need but creating one with its new app. I disagree. Lots of kids were already using fake Facebook accounts set up by their parents just to be able to use Messenger. I know firsthand. Ahem.

Many — if not most — of those fake accounts were never used on Facebook proper but only as a gateway to have access to Messenger. However, those accounts did not offer any integrated parental control nor did they offer content filters (just take a second to think of all the GIFs you wouldn’t want to have to explain to your kids just yet). My kids’ devices only work over WiFi, I monitor what they do online, they know our rules about what is appropriate and what is not, and we do set screen time limits. Still, an app just like this is exactly what we have been wanting.

We downloaded Messenger Kids as soon as it became available and have been using it for a month now. Here are 3 reasons I love it and will continue to let my kids use it even against the warnings:

I can teach my kids messaging etiquette.

Let’s face it, messaging is the dominant form of communication these days. Texts, instant messages, video calls — these quick and easy ways to connect are not going anywhere. This app allows me to ease my kids into the messaging platform with a limited circle of family members. It has afforded us opportunities to teach them messaging etiquette — important lessons like: don’t take pictures of people without their knowledge and send them off to other people, don’t ignore messages for days on end or continue to incessantly message someone who says they are busy at the moment, and always ask before starting a video call. When it comes time for them to use messaging services without my supervision, they will already have been practicing good etiquette for years.

It offers my kids more opportunities to communicate.

Shallow communication is still communication. We all know that sometimes it is just easier to shoot off a quick text than it is to have a face-to-face conversation. Sometimes you just want to share funny GIFs or be silly with photo filters — it is still connecting with each other. My son is entering an age where I can imagine he might start to pull away a little. Messaging offers him a cool way to share his thoughts and interests with me. Kids like to message, therefore they find things to message and end up communicating more.

My kids can connect with family members on their own.

I want my kids to be able to send a picture to Grandma on a whim, ask their Uncle a question about robots, chat with their Papa about Harry Potter. Messenger Kids lets them do just that. Before this app, they needed to ask for my phone to contact anyone — which they ended up not doing often. Now, I have complete control over who they can contact but they get control over communicating with those people on their own terms. I think it is not only fostering better relationships but also allowing my kids to see and feel that they have a large support system and plenty of people to talk to about anything.

I am thrilled Facebook designed this app to give kids the chance to more safely utilize their messenger service and I have no qualms about it. We have enjoyed the iOS preview build of the app and are looking forward to the full rollout in the coming months.

Elizabeth Joyce is just an ordinary mom who lives in Illinois with her husband, son, and twin daughters. She enjoys writing about anything and everything. She may never write a book — but, then again,  maybe she will. Follow Elizabeth on Facebook to find out if she ever does.

Mom Sounds Off In Viral TikTok…

The Price of Parenthood In The…


Netflix Just Dropped The Teaser For…