Toddlers are funny and cute and sweet. But they can also be stubborn, moody, and hellbent on exerting their will. They want what they want when they want it. Which is NOW.

For one 3-year-old what she really really wanted was one of her dad’s collectible guitars. And she patiently waited for the most opportune time – when her babysitter wasn’t watching – to get it.

The tiny tot sought and destroyed the musical instrument and now the father is seeking compensation to the tune of $2200. From the babysitter.

After the 19-year-old babysitter and her family refused to pay, the irate father took to Reddit’s popular “Am I The Asshole (AITA)” thread begging the question, “AITA for asking for compensation for something my kid destroyed?”

Apparently, the answer is YES.

The father, who goes by u/RoughJury, shared that he hired the babysitter at a rate of $20/hour for 3 hours when his wife had to rush to a work emergency and he was already at work.

They had previously used the babysitter “a few times” and she was familiar with the house rules.

“The babysitter is already familiar with some of our rules, like our 3y/o is only allowed in the living room, play room, and dining room (when eating).”

One rule she wasn’t familiar with? That she was actually supposed to WATCH the child. Which, you would think, is the number one rule in babysitting, and yet, here we are.

According to the father, the babysitter had her own emergency “and had to be on the phone for 20 minutes” OUTSIDE.

While the toddler was INSIDE. Alone. And if that isn’t a recipe for disaster, I don’t know what is.

“For some reason, she decided to take the call outside, her rationale was it was private and didn’t want our child to listen in.”

The three-year-old saw her opportunity and she didn’t hesitate.

Like a scene right out of Mission Impossible: Toddler Edition, she summoned her inner herculean beast and moved the couch to the living room gate. She then proceeded to SCALE THE GATE.

And believe me when I say, never underestimate a 3-year-old. This is totally doable. Ask me how I know.

The three-year-old made a beeline straight to the basement where she ripped her heart’s desire right off of the wall. And promptly set out to destroy it.

“In those 20 minutes, our daughter was able to move the couch to the living room gate, scale the gate, head into the basement, and pull one of my guitars off the wall. The neck is all warped and my luthier said the neck needs to be replaced.”

Rather than fix the guitar which the dad insists would “severely impact its value,” he wants it replaced. And he wants the babysitter to pay for it.

He believes that she is ultimately responsible as she was negligent in watching his child.

Her parents disagree and his friends think he’s being too harsh. The babysitter has offered free babysitting as recompense.

“Am I the asshole here? Or is she? Her parents are telling us we’re responsible, she’s offering only to have babysat for free, our friends are saying we’re too harsh, but it was her responsibility, right?”

WRONG. At least, according to his fellow Redditors.

The post garnered over 1.5K comments and while most agree that the babysitter’s actions were irresponsible, they don’t believe she should have to pay up.

In fact, many commenters think that the dad is partially to blame for many reasons. Not the least of which is owning a wimpy couch that “a literal baby can move.”

Also, child-proofing your home is a thing, maybe he should try it.

Additionally, one music shop manager blatantly called the dad out. He went so far as to say that the damage the guitar sustained could not possibly be done by a 3-year-old.

“Music shop manager here. I’d also like to point out that if the guitar’s neck was warped and not broken there’s almost no way it could have been done by the babysitter/child. Necks only warp for a few different reasons.”

He cited “improper storage, truss rod adjustments, string over-tension, and having weight against the neck(say keeping it leaning at an angle against a wall for extended periods)” as all possible reasons for why the guitar was warped.

“Unless the child somehow made a truss rod adjustment(obviously not) it would have taken a very long time for that neck to warp(months to years). There’s no way it could have been done in 20 minutes. OP likely has his instrument stored improperly and as a result caused his own neck to warp.”

The shop manager wasn’t alone in his suspicions. Other commenters had the same thoughts.

As for the babysitter? Sure, the dad sucks for asking her to replace the guitar but she sucks too.

While what the babysitter did was irresponsible, Reddit ultimately determined that the original poster was, indeed, the asshole.

No word on how the dad took the news of being crowned the winner (or loser?).

Look, accidents happen. It’s the reason why parents always joke that we can’t have nice things. Should the babysitter have left a three-year-old unattended for 20 minutes? In my opinion that would be a NOPE. Should she have to pay $2200 for a new guitar? Also, NO.

What do you think? 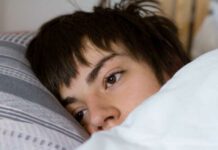 New Study Confirms Kids Need More Sleep, Not Just for Their Bodies, But For Their Mental Health


Man Tweets About His First Christma…