When it comes to social media, we all know that most of the popular platforms sure do love a good debate. And as any parent knows, the biggest debates are always sparked by parents who have very definitive opinions about a particular parenting topic, and think anyone with a differing opinion is simply wrong.

To spank or not to spank; that is the question. And it passionately divides parents on both sides of the line.

Regardless of which side of the debate you fall on, it’s safe to say that the vast majority of parents don’t want to be told that their stance on the matter is wrong.

Actress Eva Mendes recently shared an Instagram post comparing the  of children to domestic abuse in a marriage, & while it sparked deep discussion among parents, it was a great example of a respectful “agree to disagree” debate. 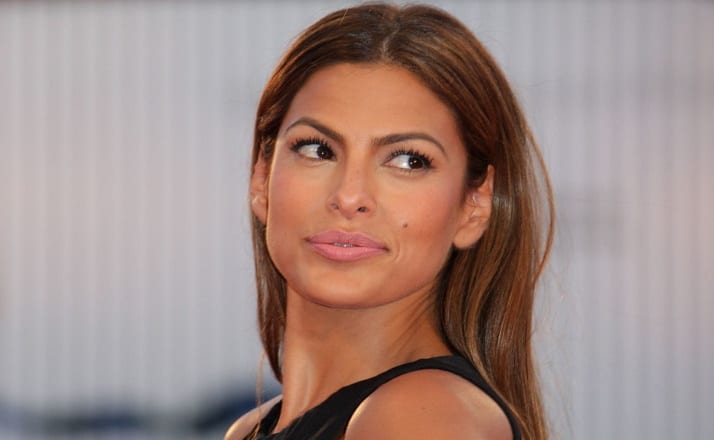 Mendes and her partner, actor Ryan Gosling, have two children: 6-year-old Esmeralda Amada and 4-year-old Amada Lee. In a recent post on Instagram, Eva shared her thoughts on the topic of spanking children by sharing a meme that sums up her take on it:

Im not often asked what my favorite parenting quote is, but I’ll post it anyway.

Although the rather blunt analogy is attributed to www.racheous.com, Eva claims that it’s her favorite parenting quote which clearly puts her in the “NO SPANKING” camp.

The post was included as the second photo in her post, which was preceded by a glamour shot of Mendes sporting a Versace gown. But it’s safe to say that the spanking quote pic generated far more interest than the Eva’s red carpet pic.

Based on the comment section, the question of whether spanking is an appropriate form of discipline still draws firm opinions on the matter.

Many followers totally agreed with Eva’s stance on spanking:

Just as many commenters were anti-spanking, Eva’s post also generated many responses from parents that defended the disciplinary measure.

According to this poster, moderation is key:

Spanking is a hot button topic, & comparing it to spousal abuse is potentially explosive, but the commenters in Eva Mende’s set a great example for how to “agree to disagree”.

While the commenter below had a very definitive opinion of spanking, her mention of “but that’s just me” is an important illustration of knowing that other parents might feel differently on it, & she respects that difference:

This commenter is on-point with her reminder that “It’s ok. we can disagree. I am just giving my personal exp”:

Eva herself responded at points, reminding some users that while sharing their perspective is welcome, they need to chill on the personal attacks: 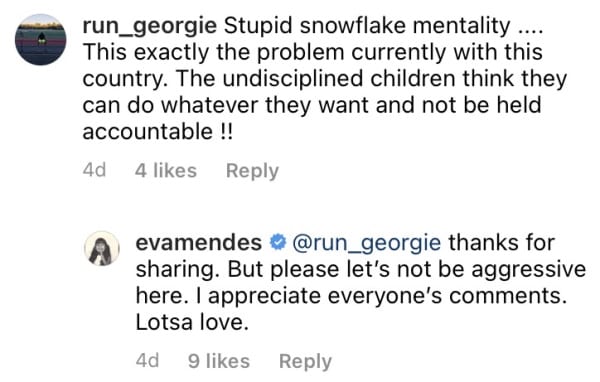 And Eva truly HAS appreciated everyone’s comments on her post; she responded to many of them regardless of whether or not the commenter agreed with her (if only all social media debates could be conducted with such respect!): 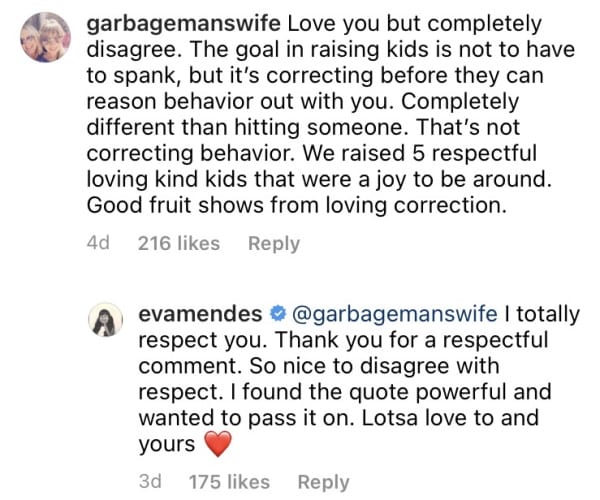 Now THAT is the kind of civilized, mature way to handle differing parenting opinions, no??

Eva Mendes’ Instagram post definitely had parents buzzing, but the conversation was a refreshing departure from the normal hornet’s nest of controversy that most parenting topics tend to take on social media. Regardless of what your opinion may be on spanking children, it’s genuinely nice to see adults behave like adults when sharing their own viewpoints on the matter.


4-Year-Old Goes Viral for Making Up…