Before the rise of social media, bullies took to school halls and playgrounds to torment their victims. Nowadays, they hide behind a computer screen and a keyboard in a growing trend known as cyberbullying.

Internet harassment is on the rise. And those most at risk? Our kids.

According to a study from the Pew Research Center, 95% of teenagers are connected to the internet. And 85% are social media users. Of these, a whopping 59% say that they have been cyberbullied.

But it’s not just teenagers that fall victim to cyberbullies. My daughter was 11 when she was first introduced to the world of cyberbullying.

A classmate secretly recorded a conversation with another student and posted the recording to a group chat. The victim was devastated. 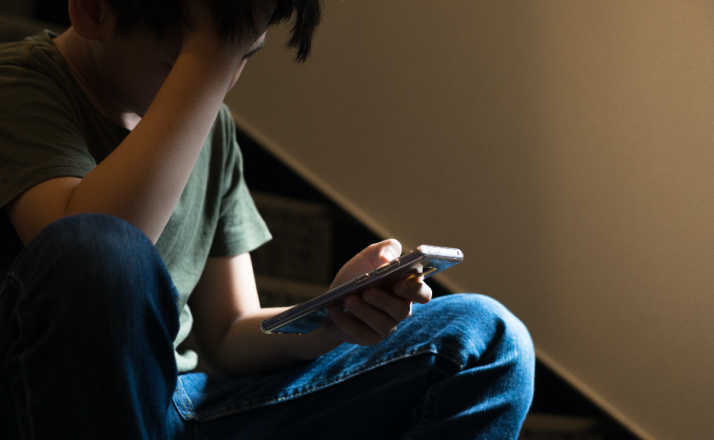 Unlike physical oppressors, cyberbullies have access to their victims 24 hours a day, 7 days a week. They torment through email, tweets, comments, instant messaging, and group chats. Internet bullies are often anonymous. They hide behind pseudonyms.

Cyberbullying is bullying by a thousand different cuts. Tormenters can punish their victims in any number of ways.

Think that posting that embarrassing picture of your classmate is funny? It’s not. It’s cyberbullying. Recording a private conversation and posting it in a group chat? Cyberbullying.

Sharing a video without consent? Cyberbullying.

Other Forms Of Cyberbullying Include:

A photo posted to Instagram can go viral in a matter of hours. A public video uploaded on YouTube can be viewed and commented on by millions of people, worldwide. And the internet? Is an unforgiving mistress that never forgets.

Who Is At Risk For Cyberbullying:

Absolutely anyone. Kids as young as 7 have fallen victim to online harassment. Younger kids tend to be bullied verbally or by social exclusion and teenagers are more likely to be sexually harassed.

Teen boys and girls have an equal chance of being cyberbullied. However, girls are more likely to be victims of vicious rumors and recipients of unwanted explicit images.

Cyberbullying can have long-term effects on the victims. They can suffer psychologically, emotionally, and physically from cyberattacks. In extreme cases, online bullying has led to suicide. 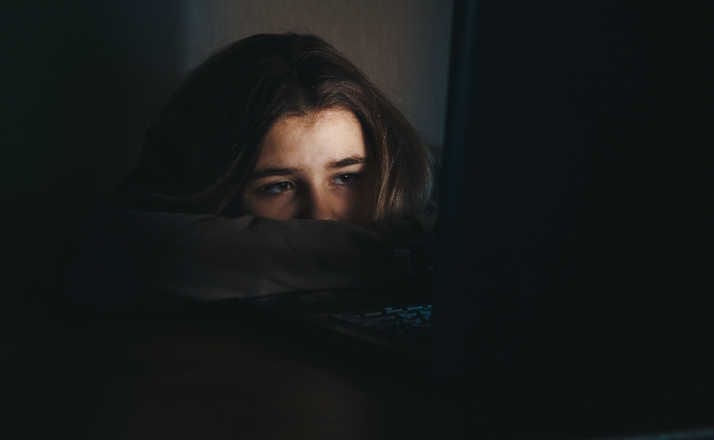 How To Protect Against Cyberbullying:

While you may not be able to completely prevent a cyberbullying attack, there are measures that you can take to protect your children.

KNOW WHAT YOUR CHILDREN ARE DOING ONLINE.

Talk to your children about online safety. Teach them to think before they post anything online or send messages. Remind them that anything they post can be copied, screenshot, or shared.

Create content with them. Show them what is appropriate. Set ground rules for their online behavior.

Rules such as: never send mean or hurtful texts and practice empathy. Monitor their interactions and be connected with them online.

Google your child’s name periodically. See what pops up. Set up email alerts to be notified by Google when a new mention of their name is made.

Make sure that their accounts are private. And always have access to them. Remind your children to never give out their passwords or any private information.

Teach them to “STOP, BLOCK, and TELL.” Don’t respond to the bully. Block the person and go and tell a trusted adult.

What You Can Do About Cyberbullying:

If your child is a victim of cyberbullying, first and foremost, offer your support. Do not minimize it or brush it off. Bullying can be devastating.

Be sure to document the cyberbullying. Take screenshots of harmful posts, comments, messages, texts, emails, etc.

If your child has received threats of violence, or if a potential crime or illegal behavior is occurring, contact your local authorities. Each state has some form of an anti-bullying law in effect.

If a classmate is doing the cyberbullying, report it to the school.

Schools have policies and procedures in place to deal with it. According to the Cyberbullying Research Center,

“In every state except Montana, the bullying law mandates schools to have a formal policy to help with identification of the behavior and discuss the possible formal and/or informal disciplinary responses that can follow.”

You can also contact online service providers to report offensive content and have it removed. All social media platforms and gaming sites have terms of service which prohibit any type of abusive action.

Technology isn’t going away. And unfortunately, neither are cyberbullies. It is our job as parents to equip our children with as much armor as possible to protect them from falling victim to cyberbullies.


In Least Helpful Study Ever, Scienc…

When 17-year-old Karis Wilson showed up at school dressed in a white turtleneck and knee-length black dress, she had no … Read More