For parents, dealing with teenage anger issues can be overwhelming. One day your child is telling you how much she loves you, the next day she’s rolling her eyes and can barely stand the sound of your breathing.

Some days it’s difficult to reconcile the sweet little child she used to be with the raging adolescent now standing in front of you.

Sometimes you get a glimpse of what life was like before hormones wreaked havoc on your baby.  Other times your teen is aggravated by your very existence and you are left to wonder what crime you have committed by saying “Good Morning.”

Riding the roller coaster of pubescent emotions can be exhausting, but there is a reason for all the madness. Where do Teenage Anger Issues Come From?

Anger and hostility are a normal part of adolescence. Teenagers are trying to find their place in this world and are struggling to assert their independence.

Oftentimes this struggle for separation from their parents manifests itself into angry outbursts and bouts of irrationality.

While it can be difficult to live with, pushing back against the establishment is an important aspect of growing up. Teenagers want to know that they have control over their own lives.

Any threat to this control, real or imagined, can result in anger.

A surge in hormones can often lead to these teenage anger issues.

In addition to hormonal changes and imbalances, a teenager’s frontal lobe is still developing, producing a double whammy when it comes to thinking and responding rationally.

It isn’t until a person reaches their mid-20s that their frontal lobe, which houses impulse control and cause-effect relationships, is fully developed.

A teen is much more likely to base decisions and actions on emotion rather than reason.

Teenage anger issues can also be a mask for the pain our teens don’t want us to see.

It is common for these feelings to show as anger. An inability to handle stress appropriately can also result in hostility and defiance.

What You Can Do To Help Your Teen Manage Anger

Teenagers need to feel seen and heard. Validating your teen’s feelings can go a long way in building trust and can help mitigate the situation. Self-esteem at this age is fragile.

It is important to send your teen the message that what she is feeling and experiencing is valid.

Refrain from lashing out or retaliating. As difficult as it may be, take a step back. Hold space for your own feelings of anger and breathe. Responding to your teen’s anger with anger will only escalate the problem and potentially damage your relationship.

Sometimes the best course of action is no action at all. As much as you want to help soothe and calm your angry teen, now is probably not the time. Back off. Give her a chance to self-regulate.

Allow her space and freedom to take a time-out and get her emotions under control.

Physical exercise releases serotonin which helps your brain regulate mood. It also increases your level of endorphins, which are natural mood lifters.

Deep breathing, meditation, and visualization exercises can also aid in reducing anger. Other ways to diffuse the bomb include listening to music and journaling. 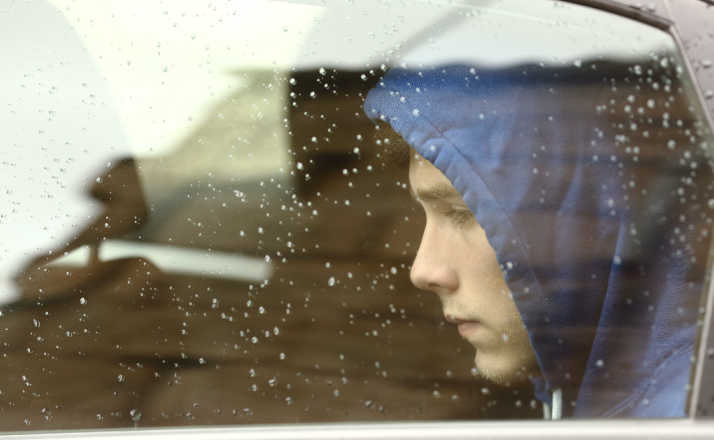 Allow your teen to make mistakes (within reason).

You have made it this far in your parenting journey and have spent years imparting your wisdom. Now give your teen the chance to put into practice what you’ve been preaching.

The more control your teenager has over her own life, the more empowered she will feel to take ownership of her actions.

Failure is one of life’s greatest teachers. It builds resilience, responsibility, and character. Not allowing your child the opportunity to fail is failing to prepare her to deal with disappointments and missteps in adulthood.

And when mistakes happen, resist the urge to say “I told you so.”

Failing is an important part of learning. Shaming your teenager for making a mistake will only alienate your teen.

And potentially escalate teenage anger issues. Recognize that teenagers ARE going to screw up. It is part of growing up.

Let this be an opportunity to talk about what happened. It’s more important to keep the lines of communication open than to say “I told you so.”

Now is not the time for ambiguity in your parenting. While it is important to allow your teenager to have more liberties and freedoms, it is also just as important to set limits based on her maturity level.

Make sure she knows the rules and the consequences if she breaks the rules. This can go a long way in preventing misunderstandings which can lead to anger.

Every difference of opinion does not need to escalate to World War 3. Choose the battles that are important and let the rest go. Hairstyles, clothes, music?

Allow your teen the opportunity to create her OWN identity. Don’t let these be the parenting hills you’re going to die on.

Decide ahead of time which issues are the most important to you. Those that will impact her safety, physical and mental health, and shape her moral compass.

Check-in with your teenager regularly. Let her know that you love her unconditionally. Give her opportunities to trust you.

Establish an environment in which your teenager wants to talk to you about what she is experiencing and struggling with.

Focus on getting into her head and really understanding the source of her teenage anger issues. Is she stressed? Feeling pressured? Does she feel misunderstood or inadequate? Is she sad or depressed?

Dealing with teenage anger issues is all part and parcel with raising a teen.

There are going to be eye-rolls, slammed doors, stomping feet, and angry outbursts. There is a good chance that your teen will yell, “I hate you!” on more than one occasion.

However, using these strategies can help to tame your angry teen and foster a healthy relationship that will last.


The Answers to 10 Common Questions …

Annnnnd, just when you thought candy corn couldn’t get any worse…2020 happened. The company behind the popular Hallowe’en candy just … Read More

Booty Beauty Is The Latest Trend &#…