Filter Free Parents
Home Health + Wellness What Are The Signs Of Depression In Teens?

Teenagers are notorious for being hormonal balls of angst that can give you permanent whiplash with their mood swings. But when does moodiness morph from “just being a teenager” into something deeper and darker? What are the signs of depression in teens?

As much as adults may joke about never EVER wanting to relive their teenage years, the reality is that the teen age years are rough, with a capital R.

The whole teenage experience is riddled with confusion, worry, and trying desperately to find your voice. And learning to love it. It’s a never ending ping pong match between believing you are a superior being of the human race and struggling to believe in your own value and worth. 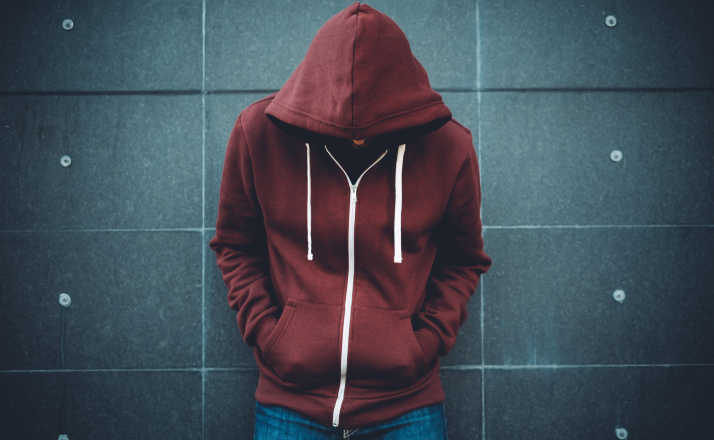 The Triggers of Depression In Teens

It is years of living in a constant existential crisis. Trying to figure out where you fit, in a world that is moving faster than you can catch it.

The hallowed halls of high school are a breeding ground for drama, self loathing, broken hearts, and a burning longing to just fit in. And all of these can lead to high levels of anxiety and depression.

Add to this the mounting pressure of peers, grades, SAT scores, after school jobs, extra curriculars, physical changes, raging hormones, and attitude oozing out of every pimply pore and our teens are struggling to keep up. Throw in social media and cyber bullying and you have the perfect storm for developing mental health issues.

Depression manifests itself in a myriad of different ways. Its face hides behind a thousand different masks. And the signs of depression in teens? Can often be mistaken for your run-of-the-mill teenage angst. So when does the teenage condition become the clinical blues?

The Signs of Depression In Teens: 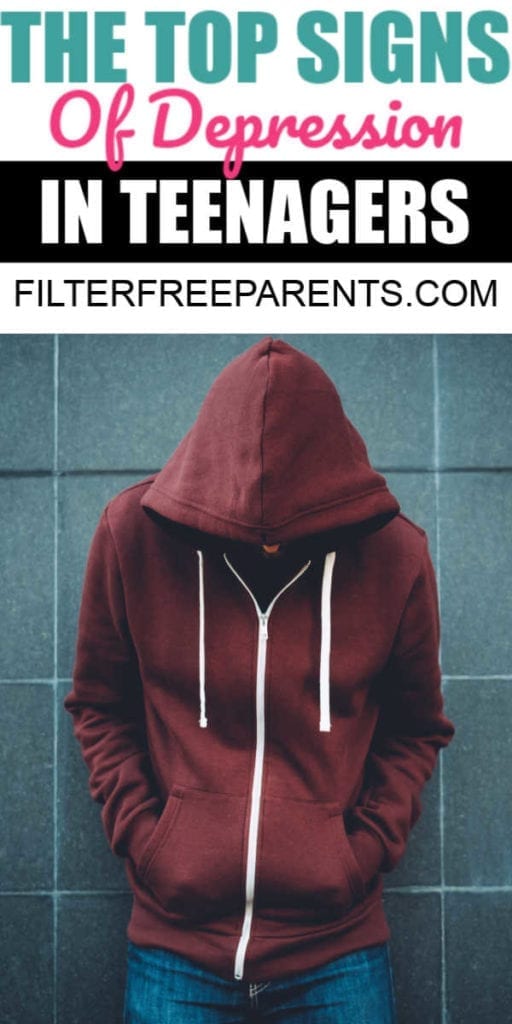 While the majority of symptoms can easily be found in almost every single teenager ever, continued signs of depression in teens that last longer than two weeks should not be ignored.

“3.2 million adolescents aged 12 to 17 in the United States had at least one major depressive episode. This number represented 13.3% of the U.S. population aged 12 to 17.”

Girls are three times more likely to suffer from depression than boys. And these numbers are increasing. Medicinenet.com claims that depression now affects 20% of teenagers.

In addition, a survey conducted by the Pew Research Center found that 70% of teenagers are concerned about mental health and state that anxiety and depression are major problems.

And according to the National Center For Health Statistics the suicide rate for teens has skyrocketed a whopping 76% over the past 12 years.

Depression is the ghost whispering in your ear. It is the negative voice screaming in your head.

But depression can be treated. Familiarize yourself with the signs of depression in teens. Watch your kids. Pay attention to changes in their behavior and their regular patterns and routines. Follow them on social media. Talk to your teen.

And if your teen doesn’t want to talk? Talk some more. Keep talking. Find out how they are coping. IF they are coping. Talk to them about depression and ask them to share what they are going through.

Tell them you love them. Whether you think they need to hear it or not. Because they do. Reassure them that they are valued. NO MATTER WHAT. That whatever feels too big, can be tackled together. And when the yelling, the anger, the blame, the hurt, the slamming of doors and the rolling of eyes become too much? Love them more.

The leap from childhood to adulthood is like trying to jump over a puddle the size of an ocean.

While bouts of teenage angst are normal, ongoing sadness, lethargy, irritability and anxiety are not. If you notice signs of depression lasting longer than two weeks, consult with your doctor or a mental health care professional.

Help is available. Depression is unlikely to go away on its own. Your doctor may recommend a change in diet and exercise. Your teenager may need therapy or medication to help regulate her mood and control her depression.

Depression can be debilitating. But it doesn’t have to be. Knowing the signs of depression in teens is your first defense in knowing the difference between typical teen behavior and something more serious.

After A THIRD Chicken Nugget Recall…

There are two things that most kids absolutely love: dinosaurs and chicken nuggets. But if you’ve seen Jurassic Park, you … Read More

Being a parent of a child with special needs can feel lonely at times; you’re often dealing with unique situations … Read More