When it comes to holiday celebrations & social occasions, it’s all about the food. In fact, the response to, “Will there be food?” probably determines over 90% of my decisions to go (or not go) somewhere.

As an Italian, food is a form of love in my family- and family gatherings have a LOT of love. With mandatory seconds, and thirds, several rounds of dessert, & a Tupperware container of food to take home.

So when a food crisis occurs –perhaps the accidental destruction of a lasagna, let’s say– I feel the ache of that loss. Lasagna preparation is a commitment, people. It’s culinary multitasking- layers of sauce, pasta, cheeses, meat & spices artistically woven together.

All that time, love, & effort instantly rendered inedible before being eaten is a tragic fate.

Unless, of course, there isn’t cheese, & it’s not actually a lasagna. A pasta dish called by any other name is (like lasagna) … an abomination. And Twitter thinks so, too.

One woman’s Twitter post lamenting the loss of her carefully prepared “lasagna” in a driving mishap has gone viral because Twitter has major issues with her definition of LASAGNA.

Ava, otherwise known as Twitter user @Fentyyonce, was likely on her way to a special event when the alleged “lasagna loss” occurred.

(And she’s not the only one, apparently- several Twitter accounts have shared the pic of this alleged mishap, so clearly there is a conspiracy against lasagna that’s brewing on Twitter.)

The meal she supposedly prepared was packed in a covered aluminum tray. The tray was parked on the front seat of her car… well, originally it was, but some sort of emergency braking issue left a good portion of the meal on the car’s seat & floor.

We’ve all been there; a quick slam on the brakes has resulted in countless coffee tsunamis, rivers of Diet Coke, & showers of a large order of French fries like a potato confetti parade.

But in this case, the cost was far higher. The homemade “lasagna” was a tragic victim, & she shared a pic of the culinary carnage, along with the caption:

I dropped the lasagna in the car. Pray for me pleaseeee

Oh, I feel you, girl! A lost lasagna is sheer devastation, a cheese catastrophe, a–

I DROPPED THE LASAGNA IN THE CAR ??? PRAY FOR ME PLEASEEEE pic.twitter.com/xuMbY3Dspc

While I feel for Ava -food spillage of ANY kind in your car is simply the worst– that is NOT a lasagna, and calling it so is a crime against humanity.

(Or a crime against genuine lasagna, anyway.)

While I was initially concerned about the chain of events that led to the food fracas, the sight of this so-called lasagna left me with so.many.questions.

Why does she call this lasagna?

Who hurt Ava, deceiving her into believing that this is lasagna? Where’s the cheese? Why are there edamame?

If she doesn’t know that this is spaghetti… what does she think SPAGHETTI is? WHERE IS THE CHEESE??

Twitter was equally perplexed by this bizarre pasta misnomer. And in classic Twitter fashion, they quickly shared their opinion on this “lasagna’s” demise.

Like myself, many people checked out Ava’s pic looking for the lasagna… and didn’t find it, of course:

Me looking for the lasagna pic.twitter.com/Ee7jD62tjd

LASAGNA? Where? Twitter can’t find it, either, & they’re looking. Hard.

Calling those pasta remnants “lasagna” is a personal affront to the good Lord, who blessed Italians with the ability to blend cheese, tomatoes, & sheets of pasta into the heavenly ambrosia known as lasagna.

So it stands to reason that:

I think the lord was tryna tell you sumn… pic.twitter.com/tidfs94n0E

And while we’re petitioning the Man Upstairs on this matter, a few prayers for the party-goers that were awaiting this “lasagna”: 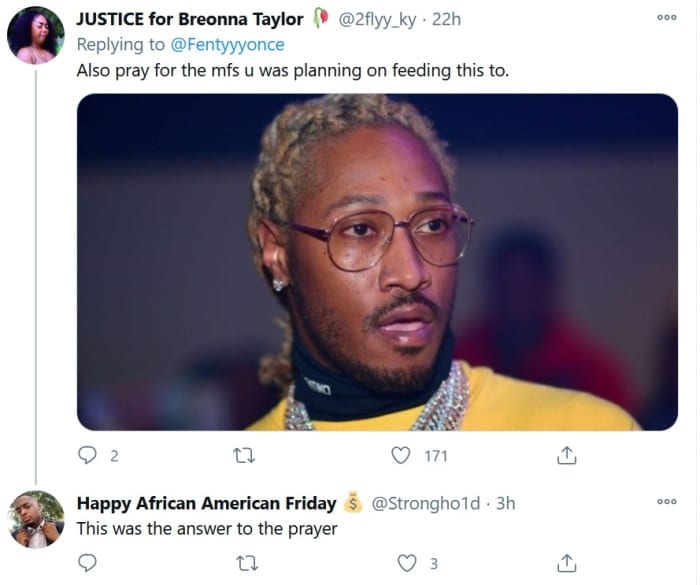 Others were wondering about how the speed of the impact could have affected this… whatever this is.

How hard did you drop it? Turned into a whole different noodle.

Or perhaps this wasn’t an accident, but a crime…?

I’m praying that whoever stole your lasagna and replaced it with Italian/Chinese fusion pasta salad is brought to swift and brutal justice.

Some people were sympathetic, however, having experienced a similar “lasagna” mishap:

I DROPPED THE LASAGNA ON A TABLE??? PRAY FOR ME PLEASEEEE pic.twitter.com/Vel2bHJnW9

…or a similar “pasta problem”:

I feel your pain. The same thing just happened to my ravioli pic.twitter.com/fUPN4Qnbq2

The debate over lasagna linguistics quickly spiraled into a worldwide dilemma. (aka: “the Italians caught wind of it and are PISSED.”)

Me, as an italian, looking at this “lasagna” pic.twitter.com/9wNbU8KKCu

My translation: “All of Italy deems this pasta dish not only as an affront to our beloved lasagna, but to precious spaghetti too, which was never meant to end up paired with edamame, or on the front seat of your car.”

But calm down, pasta protestors; Ava knows that her dish isn’t really lasagna. In response to the blizzard of tweets about her dropped dish, she tweeted:

OHHH. Well, now it makes total sense. Of course. That cleared things up, didn’t it???

But despite the criticism, some followers have admired her “lasagna” enough to make their own version at home:

Girl …!! to manny comments with lasagna pics got me me hungry ? … I’m going to cook me a lasagna cup for breakfast ?. pic.twitter.com/8hioGMddeQ

Any kind of vehicular pasta spill in painful, lasagna or otherwise. But with 85K likes and 24.3K quotes tweets in a single day, one thing is clear: words matter on Twitter. At least, words defining precise pasta terms, that is.

It’s Girl Scout cookie season, which for some is truly the most wonderful time of the year. It’s your one … Read More