The Internet is the go-to place for when you’re bored as hell and need to kill some time. It’s also a pretty great place to swing by when you’re having a problem in your everyday life that you can’t ask for help with.

Enter the AITA subcategory of Reddit. AITA, which stands for Am I The A**hole?

It’s an endless thread of real-life problems posted by people who genuinely need to know if they are in the wrong when it comes to an argument.

“a catharsis for the frustrated moral philosopher in all of us and a place to finally find out if you were wrong in an argument that’s been bothering you.

Tell us about any non-violent conflict you have experienced; give us both sides of the story, and find out if you’re right, or you’re the a**hole.”

You can just imagine the stories that get posted and many of them fall under the umbrella of parenting woes.

Take for example, this one mom who was wondering if she was in the wrong when she took her husband’s phone so that he could put 100% of his attention on their child while he was in charge.

Reddit user, /grillycheesey posted to the AITA board wondering if she’s being a jerk for wanting her husband to pay closer attention to their child. 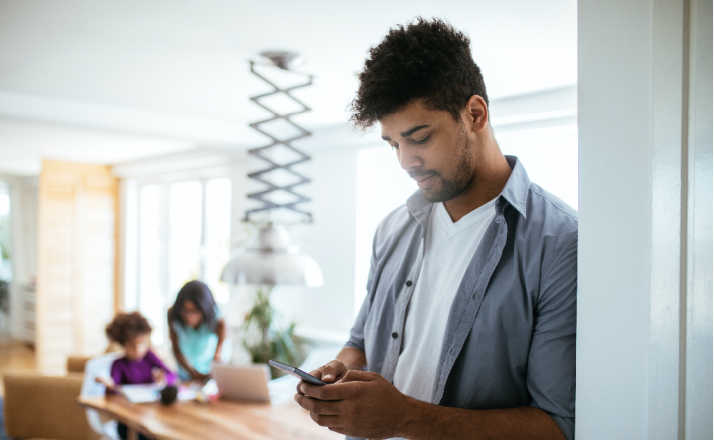 According to her post, when her husband is in charge, he spends a majority of his time absorbed in a screen and as  a result, their child has been injured and has “burned his fingers, bumped his head…all kinds of things.”

She goes on to explain that while she was telling her husband all of her concerns he was too busy watching a video on his phone and missed everything she said.

So, she asked for him to hand her the phone while he was in charge of their child.

She didn’t take it forcibly and by her account she was polite but she still wants to know, was she the a**hole here?

AITA for taking my husband’s phone in an attempt to force him to pay attention to our toddler while he’s supposed to be supervising? from AmItheAsshole

Now, I know some people may have some opinions along the line of “he’s a grown man, she shouldn’t be taking his phone,” but I’m going to just offer up my humble take on this.

Sounds like that dude needs to put if flipping phone down and pay attention to his kid.

I don’t care what the hell got posted to Twitter or Facebook, nothing is more important than making sure the child in front of you is safe and out of harm’s way.

Look, I get it. Parenting is hard AF. We all need to blow off some steam and sometimes scrolling on social is exactly the 10-minutes of “me time” that you need to feel human again.

But when that screen is disrupting your ability to be a decent parent then you are definitely the frigging problem and you need to evaluate your relationship with your phone.

That mom was in the right and she’s definitely not the a**hole. Although let’s be honest…her husband might be.