Something happens after you have two kids. When the doctor hands you your third child, there’s a tiny, shrill alarm going off in your head that screams,

I remember after our third boy was born, trying to explain that moment to my friend, still pregnant with her third. She laughed, assuming I was being dramatic in order to get a laugh out of her.

But for those of us with three (or more) kids, you get it. And you know there are at least five things every parent of 3+ kids knows for sure.

You’re terrified that you’ll lose (or forget) one of your kids somewhere — because it’s happened.

Maybe the 2-year-old ran off at the grocery store in order to charm an employee out of a sucker. Or maybe a kid scurried off to check out a different exhibit at the zoo while you dared to blink. Or maybe your overeager monkey jumped into the subway train without you (Oh, wait, that was Curious George. Phew!).

Despite any and every precaution we take, somehow one of your munchkins will manage to escape our peripheral vision for the nanosecond it takes for them to get lost.

Maybe you can still see them and let them think they’re lost to teach them you aren’t kidding about not running off. Or maybe they really are missing — and you get to see the store’s “CODE MISSING KID!” plan put into action.

No matter the case, we’ve all (temporarily) misplaced a kid for a few moments. It happens to the best of us, and we know better than to judge another parent who’s frantically searching for their Houdini child. Because it’s happened once — and it’ll happen again. 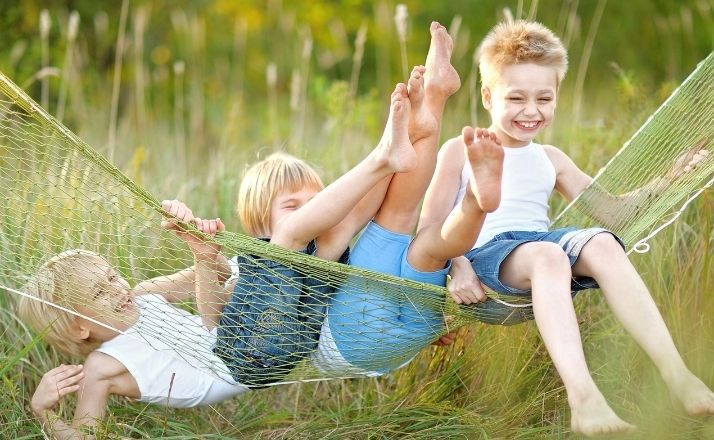 Going into public with 3+ children is like forming an impromptu parade or flash mob. You’re either going to have a lot of fun, a ton of awkward comments, or some combination of both.

Incidentally, if you need some new great responses to the generic questions of:
“Are they all yours?”
“Wow, you’ve got your hands full!”
“You do know how that happens, don’t you?”

Jenny Evans, from UNremarkable files has a hilarious viral video about grocery shopping with her six kids with some perfect responses. That or follow her family to the grocery store. That way, you can shop in peace while she answers all the awkward questions.

Planning things is important, time consuming, and a survival trait.

With 3+ schedules for school, sports, music, arts, and all the other after-school activities, things get . . . tricky. You know that getting each kid to the right activity (and on time, no less!) hinges on carpools, friends, divine intervention, and blind luck. Getting it all planned is a full-time job. Implementing it? That’s a whole other full-time job.

And let’s not forget meals! Meal planning, grocery shopping, and cooking take time, effort, and why do your kids want to eat sixteen meals a day, anyway? At least you’ve long since realized that being a short-order chef for 5+ was suicide by spatula.

You fully embrace the fact that some, if not all, of your family will complain about what’s for dinner. But not planning dinner . . . well, then nobody would eat anything but cereal!

But you also know that flexibility is key to your sanity.

Because as much as you’d like to be in charge of everything, you know that’s not gonna happen. With three (or more) kids in the house, you know how important it is to pick your battles. And you pick different battles with different kids, because different personalities mean drastic measures and different tactics. You’re in charge of what you can be. And you don’t sweat the small stuff (much).

In fact, you’ve probably given your kids some screen time today so you could have 3 seconds to think an entire thought — or just so you could use the bathroom without an eerily attentive audience. It’s not ideal, but you know that survival, sanity, and flexibility go hand in hand.

The more, the merrier (usually).

Finally, you know how nice it is to have an extra pair of hands around. Sometimes they’re even helpful and/or do something kinda/sorta related to what you asked them to do. That, or your kids decided to ditch dishwasher duty and go play together outside.

Either way, everyone’s having fun. Well, except you. You’re stuck unloading the dishwasher. Again. But at least the kids are playing well together, right?

The Brokini Is The New Men’s …