Boys have always been a little bit of a mystery to me. I grew up with two brothers so I had a pretty good idea about what was coming when I found out we were expecting a son.

But being a boy mom transforms you. If you don’t mellow out after you have a boy, you probably wouldn’t survive.

Things that mattered before are put onto a sliding scale of importance. For example, after you see him leap effortlessly from the top of the swing set, you probably won’t mind if he jumps off the swing when it’s eight feet in the air.

When I found out I was having a son, I was elated. I love little boys.

I already had a daughter so people chuckled knowingly when I told them. “Boys are so much harder when they’re younger,” they would say. Fill in anecdote here. Usually something about their boys being dirty, wild, climbing somewhere dangerous or not being able to sit still.

And then he arrived. Dark hair, dark eyes, a scrunchy little face, and bright pink skin.

He took one look at me and decided we were inseparable. If I wanted to leave the house, I had 45 minutes tops before I needed to get back to my baby, his rule. He couldn’t stand to be apart from me.

The bond of a mother and son is unbreakable, formed instantly at birth. 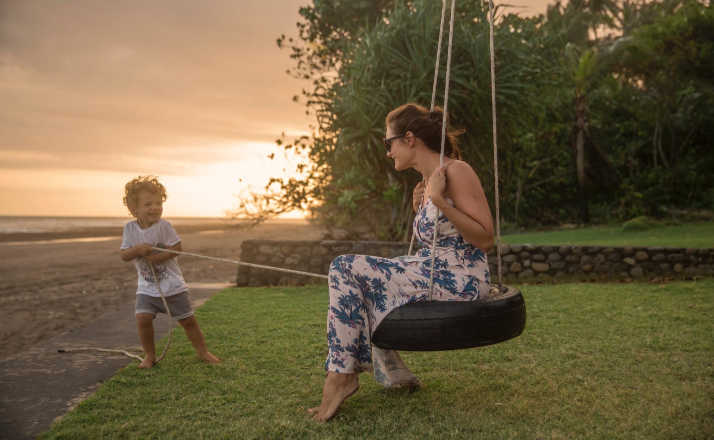 But now that he’s a little older and I find myself saying things like “I’m going to smell them so make sure you washed your hands with soap” I realized how right the other parents were.

Sweet, yes…. But also mischievous. There’s always a twinkle in his eyes. And when it’s too quiet, he’s definitely up to something. I can feel it in the air.

Boys are different. Their volume is cranked up.

They have a lot of energy. Sitting calmly is not something I ask of him unless I have to because I know how limited that reserve is.

When we go to the park, you can find my guy at the top of the climbing structure on the outside, hanging on by a finger. My son’s play dates involve wrestling that resembles a WWF match, commentary and all.

Potty talk is a source of delight no matter how many times I tell him to stop.

Germs seem to mean very little to him as he tries to skirt washing his hands or taking a shower.

And the things he’s interested in like Pokémon and Star Wars bad guys are a bit confusing for me. I can’t pronounce them but he can recognize the smallest detailed differences. Like the time I bought him a Death Trooper costume thinking it was Darth Vader. I still couldn’t tell you who was who.

I wouldn’t change it for the world.

Being a boy mom has loosened me up. I’ve come to see how strong our bodies are. “You’re going to hurt yourself!” is a common warning and yet somehow he rarely does. He twirls upside down from the ropes at the park and I know he’s okay because even though I couldn’t do it, he can. Effortlessly.

He has a strength inside that he was born with. It’s wild, a little feral. It’s distinctly all boy.

His humor is contagious. I find myself giggling at the silly things he does. It might be juvenile but gosh, is it funny. I’m so lucky I have him to remind me how serious I took things before he came along.

And while this whirlwind of a child baffles me some days, when he climbs into my bed and snuggles up close to me and calls me “mommy” I don’t question a thing. Being a boy mom is a great joy and privilege.

One day he’ll outgrow some of it, but I hope he never outgrows it all.

Being a Boy Mom Changes You in Ways You Can't Imagine Boys have always been a little bit of a mystery to me. I grew…

Netflix To Terrorize A New Gen…