Bedtime in our house is kind of like a football game.

It’s like my husband and I are so pumped and psyched up for some down time after an insane day, but we also have our serious game faces on because we know winning this particular battle isn’t going to be easy.

We can’t be cocky.

We can’t let them see our weaknesses.

We are going to have to give it everything we’ve got, and by no means can we let our guard down. We have to be in it to win it.

It always starts with some deep breathing, a little pep talk, maybe some squats to get the blood flowing.

A little butt pat for some extra encouragement before we head out onto the field. 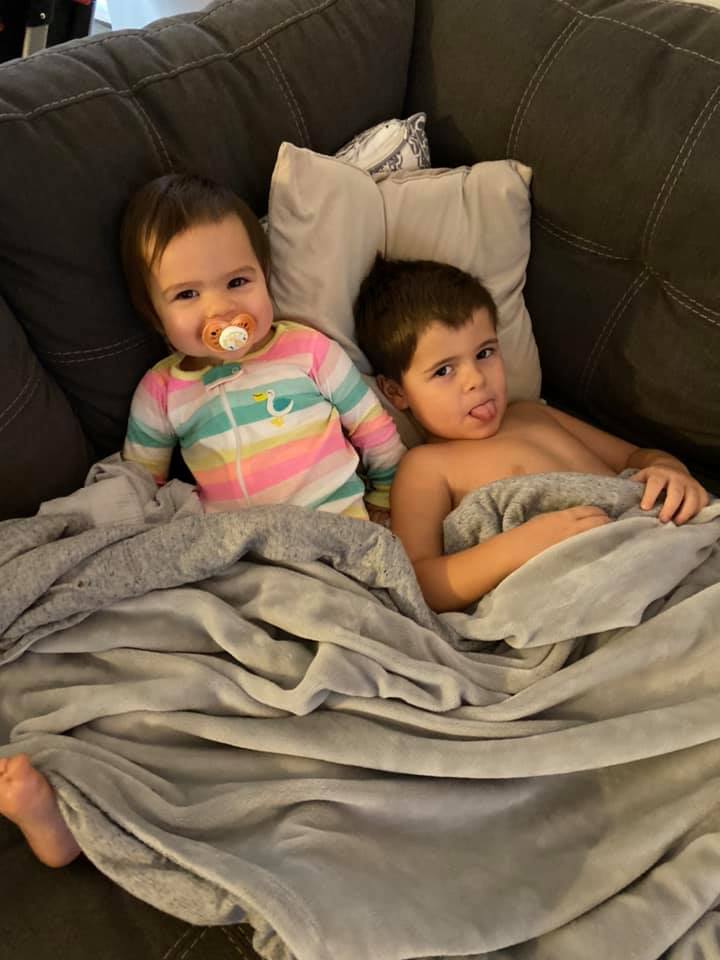 The first quarter is usually the toughest. We’ve got to convince the kids that it’s actually bedtime.

You see, they get the ball first, and we have to play some serious defense that may or may not include chasing, finding lost pacifiers and blankies, ripping toys away, turning off the TV and hiding tablets, and doing everything in our power to stop them on their quest for five more minutes.

If we get lucky, they don’t score, and we succeed in getting them to the bathroom and their bedrooms; hopefully with good field position.

The rest of the game kind of goes by in a blur.

It includes a lot of crying, from both sides of the ball, a few turnovers, and some points on the board for us like teeth being brushed, bathing if it’s bath night because let’s be real- nobody has the energy for that every night, and PJ’s on without anyone losing a limb in the process.

If it’s a tough game, they might score a few times too, pee covering the toilet because of a purposeful mis-aim, a diaper ripped in half because the child wearing the said diaper was thrashing about as if we were wiping their little bottom with battery acid, or even a Hail Mary- they somehow find their way into our bed instead of theirs.

Like any hard fought game, there will be some penalties.

We might get called for holding when we have to stop them from running out into the kitchen for a tenth glass of water.

They might get called for a false start when we finally get them down in bed and they jump back out again to grab another book, or a delay of game when they try to use every excuse under the sun for us to not shut that door and turn out the light.

In the end, when that last whistle is finally blown, and we wearily drag our tired bodies to the couch, we can feel confident that we tried our very best.

If all goes according to plan, we win and both children are sleeping soundly so that we can finally relax. If not, and we hear that dreaded sound of a door opening down the hall just as we click play on Netflix, or the wail of a baby who decided it’s not bedtime after all, well we might find ourselves in overtime, or even worse, we lose and have to start the whole process over again.

Bedtime may be like a football game in our house, but win or lose, at least we can consider ourselves lucky that the opposing team is super cute, partial to bribery, and dependent on us for their salaries.

Bedtime in our house is kind of like a football game.It’s like my husband and I are so pumped and psyched up for some…

Posted by The HotMess SuperMom on Monday, November 25, 2019

Husband Snoozes In Car; Wife A…

There is nothing more triggering to parents than hearing another parent (or worse, a childless person) preach about what they … Read More