Being cooped up with our strong-willed children is challenging – because whatever we say, they’ll do the exact opposite, all day long.

If we say don’t touch it, he’s going to smile, touch it, and then burst into tears because “it hurts!”

If we say no you can’t have it, she’ll take it and run away cackling.

And if you ask him to do something he doesn’t want to do– he’ll protest, stomp his feet, throw himself to the ground, and show you how strong his vocals are.

And the behavior has taken a nosedive since we’ve been in quarantine.

Well, today, I finally snapped. My four-year-old followed me to the door for a pizza delivery. I put the sizzling pie down and said, “Don’t touch the box” while I closed the door.

Well, my four-year-old smiled and not only touched the corona-infested box (in my mind) but caressed it like it was a puppy.

I roared, “Isn’t it exhausting always trying to be impossible?”

Because gosh, it’s been exhausting disciplining her all the time because SHE NEVER LISTENS. 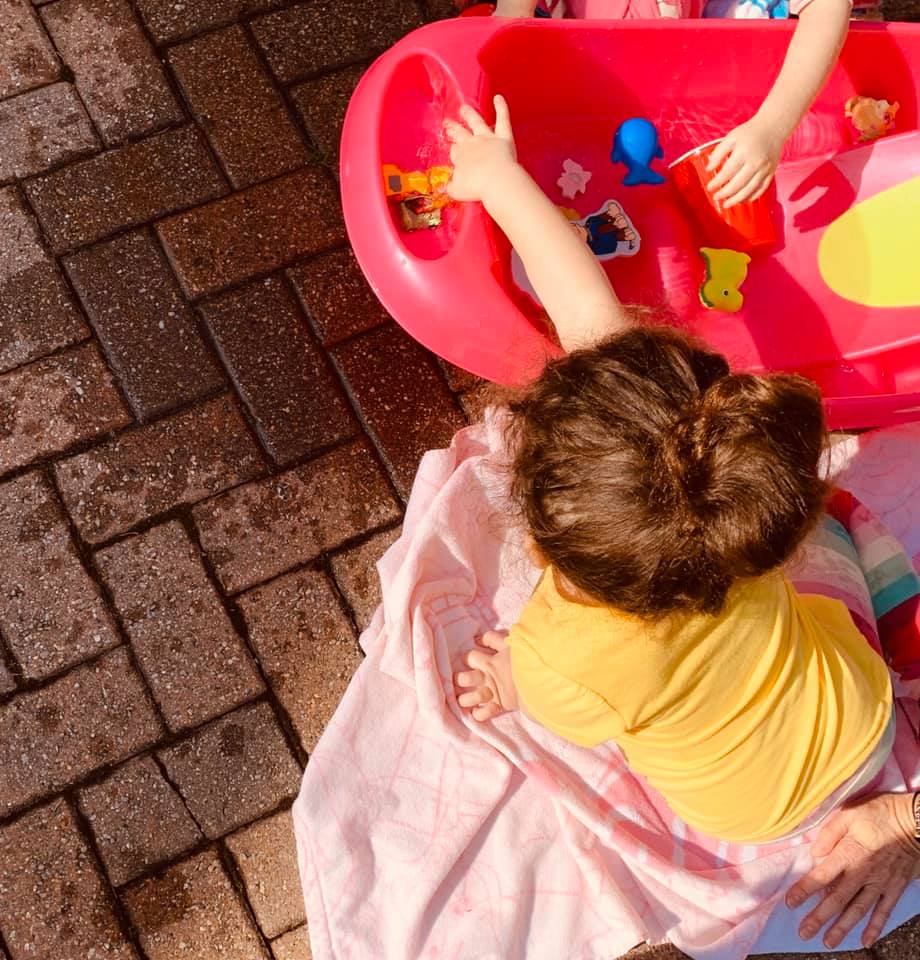 And I immediately felt guilty because at that moment I realized something— this change has been hard for her, too.

Every child, like every adult, is going to show the effects of this change differently depending on their personalities. My two-year-old, for example, has regressed with her separation anxiety, to the point where I can’t put the baby down for a nap without her crying.

ALL OF OUR KIDS ARE FEELING THE CHANGE.

Our children’s routines are broken— and life as they know it has flipped upside down.

My four-year-old has been subtly hinting this to me.

She talks about missing school.

She talks about missing her friends and we FaceTime them, but it’s not the same.

She talks about wanting to go to a park or a play space.

And every time, I have to say no, not today.

Her answer, “Okay, then tomorrow?”

And I don’t answer because tomorrow will be the same answer as today.

But her anger about it comes out in her behavior.

So, right now, instead of aggravation, our smart and very aware strong-willed kids need to be shown grace, understanding, and unconditional love.

Like us, they just need time to adjust to this new normal.

Being cooped up with our strong-willed children is challenging –because whatever we say, they'll do the exact opposite,…

With social distancing still in full effect in most parts of the country, it can be challenging to feel connected … Read More