Filter Free Parents
Home Kids Elementary What It’s REALLY Like Living With A Fournado – AKA A Four...

Before I even had kids, I knew about the “terrible twos.” I had heard tales of tantrums and urban legends of toddler destruction. I had witnessed meltdowns of small children in restaurants, the grocery store and the middle of the toy aisle in Target. I knew what to expect.

When I had my first child, I read the chapters in parenting books about dealing with two-year-olds.

I learned about their brain development and what is normal. I researched how to cope with their unruly behavior. I was armed and prepared, so when the twos happened, I was ready. And I survived. As did my kids.

I threw out the parenting books, certain I would no longer need them. Ha! I was a “terrible two” survivor! I was on top of the world. I had prevailed. I was certain that I could handle anything my kids had to dish out, at least until the teenage years. I was laughing. But so was the Universe. Clearly I should have kept reading.

Four-year-olds are fun. They are sweet and adorable and say really smart and funny things. Most of the time you just want to squish their cute little cheeks and listen to their silly stories. 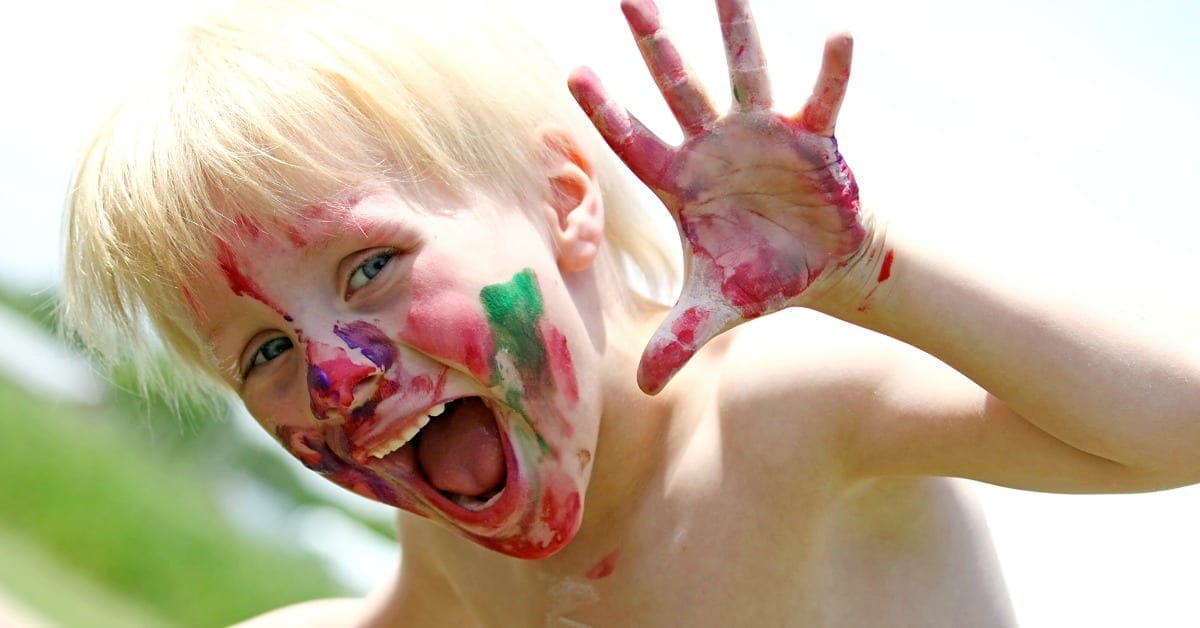 But be warned, within that sweet, loving, happy child lies a “fournado” just waiting to be unleashed to wreak havoc on anything within a five-mile radius.

On a routine trip to the grocery store, my son turned into a raging lunatic. He was not provoked, thirsty, hungry or tired. He was just four. And very passionate about a sugary cereal on the grocery store shelf that he had never actually tried but that had a picture of Star Wars on it so it must be good. So good, in fact, that he could not possibly live without it.

To emphasize that his very survival was 100 percent reliant on said cereal, he took off his rubber boot, threw it down the aisle, and refused to go on until it was safely ensconced in his ironclad grip. Needless to say, I was having none of it. But neither was he. He proceeded to have a very vocal, sit-in protest in the middle of the breakfast foods aisle. A sit-in that, thankfully, ended in his surrender.

That was the day I learned that four-year-olds invest themselves, body and soul, into random, weird things – like cereal.

I have also learned that they have really strong opinions. About everything. The food they eat, the clothes they wear, how to brush their hair, etc. They know what they like and what they don’t like and they are not afraid to let you know. Loudly. Whenever. Wherever. They speak in full sentences, understood by all, at an incredibly high volume. And sometimes they say things they probably shouldn’t. Things like, “you’re a big dumb poopy-head.”

Like their former two-year-old selves, four-year-olds are still capable of turning into a writhing pile of Jell-O on the floor. But they have the added bonuses that they now possess more stamina, are less easily distracted and have their minds wired to do whatever it takes to bend matter to do their will. They are also a lot heavier than they were two years ago, making it difficult to haul them out of potentially embarrassing situations.

Another fun fact? Four-year-olds know everything. You? You know nothing.

There is no point in arguing with them. But you will. Because they are the harbingers of alternative facts and it is your job as a parent to teach them right from wrong. Even things that are absolute will be questioned, turned upside down and put back together to suit their alternate reality. As an example, that big yellow thing that rises in the east, every morning, since the dawn of time. We know it as the sun.

There is no winning an argument with a four-year-old.

Yup, four-year-olds are crazy. They lose their minds over ridiculous things. Like cereal. Or pants. Or that one tiny piece of Lego that has disappeared. Forever.

And amazing little people who are just trying to figure out how this whole big world works and how they need to work in it. Here’s to being four! (And hoping five-year-olds are somewhat saner).

Man Tweets About His First Chr…