If you’re the parent of a child that is old enough to own a cell phone, then chances are you’ve experienced the frustration of not being able to reach him or her on said phone.

It’s annoying as hell to text or call a kid that never puts that phone down, only to receive… nothing. Nada. Silence.

There are those times when you’re trying to get in touch with your child, and she or he isn’t deliberately ignoring you, but has their phone on silent or notifications accidentally turned off.

And there are also those times when you know -you just KNOW- that your kid saw your text, and has chosen to ignore it. 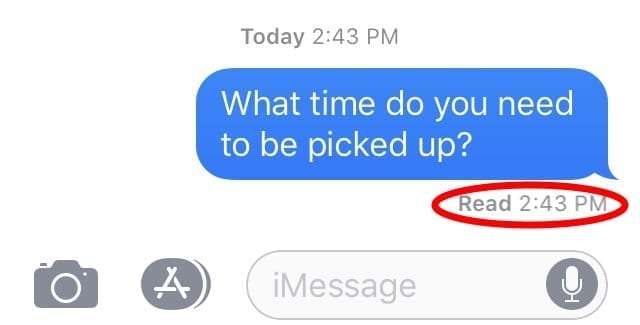 Not cool, kiddo. Not cool.

Well, thanks to genius dad Nick Herbert’s new app, kids won’t be able to ignore their parents’ texts- not if they still want to actually use their phone, that is.

So, parents, I introduce to you: the ReplyASAP app.

The origin: Nick Herbert found himself getting more & more frustrated by his inability to reach his son Ben on the phone at times. Ben had a habit of keeping his iPhone ringer on silent while playing games, so Nick’s texts would often go overlooked and/or unanswered. As he stated on his website:

Totally, guy. With three teenagers, I’ve been there!

So Herbert took matters into his own hands, and designed an app that ensured contact was made. His app, ReplyASAP, forces kids to do just that!

What Does The App Do?

ReplyASAP works like other messaging apps, but with a twist- this one WON’T be ignored.

Once the app is loaded onto mutual phones, messaging between a parent and child takes place through the app. If you message your child & your child ignores the text (either innocently or otherwise!), the text locks everything else on the phone until the child responds to it.

If that’s not a clear enough signal, the app also lets out a sound alert -repeatedly- to convince the child that promptly responding to the text is in his or her best interests.

So if your kid plans to ignore your text, well- *WHOOP! WHOOP!* ALERT- there’s no ignoring your folks anymore, kiddo! Technology is on our side… for once.

A notification is also sent to the sender (in this case, the parent) to acknowledge that the child has received the message. This eliminates the old, “Oh, I never saw your text” (Just my kids?).

The point is clear: ReplyASAP ensures that no matter what a person is doing on his or her phone, the message WILL be visible, and audible too. As Herbert explained to Today Parents:

My thinking was that if an alarm could make a noise when the phone is on silent, then was there a way to remotely set an alarm with a message.

Lest you think the app is only useful for oblivious kids, it’s actually proven handy in other situations as well.

The app is also useful as a safety measure: when the initial message is received, it sends the receiver’s location to the sender.

This enables a parent to know if their child is lost, or…. deliberately “lost”…? While some kids may dread that, it gives parents peace of mind to know exactly where their child is.

Though only currently available on Android devices, ReplyASAP is expected to be compatible with iOS devices (iPhones) soon.

Believe me, if my kids deliberately ignore my texts (and yes, it’s happened), then there’s hell to pay- usually in the form of confiscating the phone.

But we all have those times when getting in touch with our kids is a priority, and ReplyASAP ensures that your child makes responding a priority, too.

Did you know that 80% of the ocean remains unexplored? Most of that is underwater, of course, but for one … Read More