Is there anything that strikes fear into the hearts of 80s kids quite like the Unsolved Mysteries theme song? These were the days of live TV and only one television set.

If your dad was watching Unsolved Mysteries, so were you.

It came on immediately before bedtime to ensure proper terrorization of a generation of children. “Gather ‘round, kids, let’s listen to tales of murder where they never caught the guy, aliens they saw but never found, and ghosts that totally existed in places you might visit. Goodnight, children, sweet dreams!”

I was terrified of those big-headed aliens for a decade. 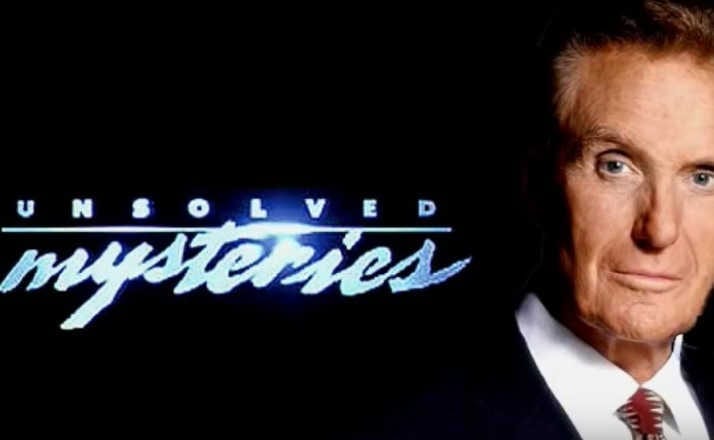 Unsolved Mysteries Is Coming Back

If you were one of these traumatized children, and you also enjoy playing Pay-It-Forward: Terror Edition with your own kids, I have good news for you! Netflix is bringing back this nightmare fuel, and they just released the official trailer.

The show’s original creators have teamed with the people behind Stranger Things – because of course they are – to breathe new life into the iconic show. It will air on Netflix, with hopes of, “haunting a new generation.”

The premise is the same – show stories that have questions with no answers, and encourage viewers to call in with their tips.

In fairness, the show did help solve some mysteries and reunite some families. Still, I would hate to man that tip line. Can you imagine some of the calls they get? “Yes, hello Robert Stack, regarding that show with the alien – my cousin Bill was driving one night, and he saw a green light. Later, one of his boots was missing. So, I think there might be a conspiracy…”

Unfortunately, Robert Stack passed away in 2003, so he won’t be hosting the reboot. It’s probably for the best (the lack of hosting, not his death – I’m not a monster) because he was utterly terrifying.

“Kids today will NEVER know the fear of overhearing Unsolved Mysteries and thinking Robert Stack was hiding somewhere in the house and they are weaker for it!!!!!”

kids today will NEVER know the fear of overhearing unsolved mysteries and thinking robert stack was hiding somewhere in the house and they are the weaker for it!!!!! pic.twitter.com/yO0p6bhV0k

I can’t seem to find information on who the new host will be. Perhaps that’s the first mystery to be solved.

If the goal is to scare the shit out of a new generation of children, I have some suggestions: John Malkovich is scary as fuck. Gary Busey would do the trick. Christopher Walken maybe? Willem DaFoe for sure.

I’ll even go out on a limb and say Christian Slater.

No matter who hosts, as long as they keep the scariest TV theme song of all-time, and stick with the murder-alien-ghost premise, it’s sure to keep us all up at night. And we can’t wait.


Netflix Just Dropped The Teaser For…