Filter Free Parents
Home Mom Life Encouragement My Daughter Is Totally Bossy, But I Love It

She stands in front of me, her hands on her hips, her face flushed red, her nostrils flaring. “If I can’t tell them what to do, what’s the point?!”

“You are not the mother.” I repeat for the 3267 time. I’m starting to think that I need to record it and play it for her while she is sleeping. Maybe the subliminal message will finally get through to her.

My daughter is the eldest. The hubby and I joke (mostly) that she is in training to rule a country someday and the rest of us are her subjects. She is kind, loving, responsible. She is rule seeking, conscientious, reliable, stubborn. A mile a minute, talkative independent thinker who questions EVERYTHING.

And she is freaking awesome. 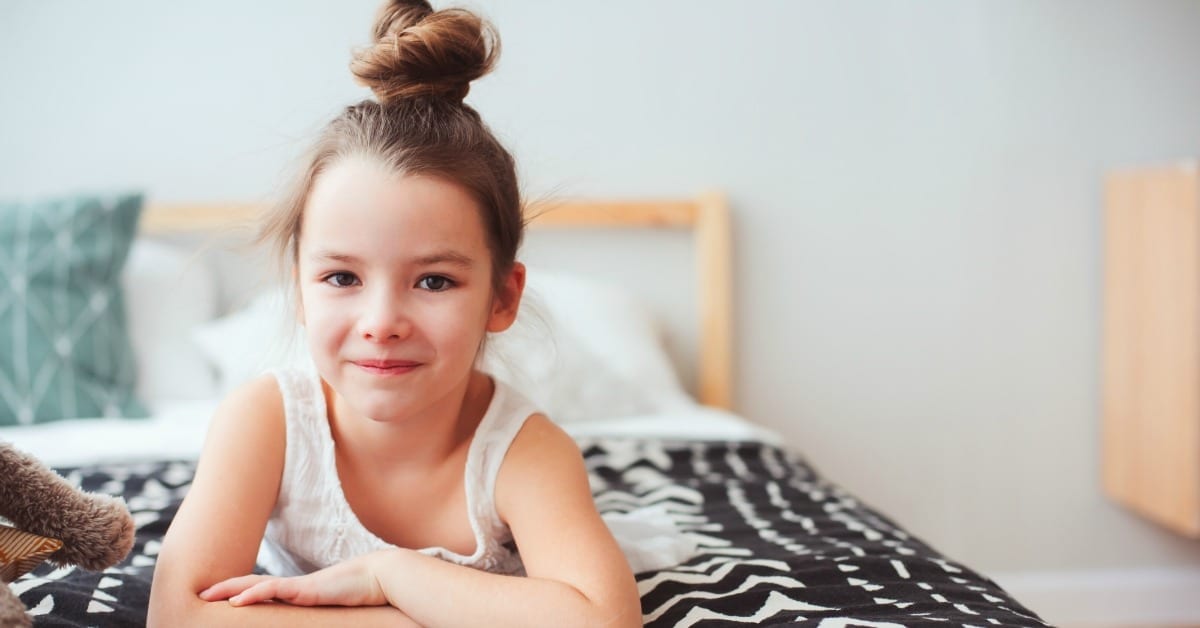 She was 5 years old. She was at her gymnastics class. The kids were told to line up and take turns climbing the rope, trying to ring the bell at the top. An older boy in another class kept cutting to the front of the line. He was the biggest kid there and not known for his stellar people skills. It didn’t matter. My daughter was having none of it. She marched up to him, in all her pint-sized dictatorship glory and told him, “Hey! You can’t just budge!” He took one look at this little girl, two-thirds his size, opened his mouth to say something (or swallow her whole), closed it, and walked to the back of the line.

Yes, she is bossy. She knows what she wants and what she doesn’t.

She can shout out instructions like a drill sergeant and sometimes oversteps her boundaries. She takes charge of her brothers every chance she gets, and is the first to volunteer when the teacher asks someone to lead the class.

She challenges anything she deems unfair.

“Why can’t I play the iPad? You’re playing on your phone.”

“Why do I have to practice piano? It’s not like I’m going to be a famous pianist.”

“Brothers don’t have to, why should I?”

Attempting to answer with “Because I said so,” doesn’t fly with her. I’m constantly being challenged to defend my reasons. Apparently I should have paid more attention in debate class.

Does she drive me crazy? Yes. A thousand yeses.

Interventions have had to occur. There have been numerous conversations, sitting on her bed, reminding her that she does not, in fact, rule the world. That there are others living in it with her. That she needs to use her natural born leadership skills for good, not evil.

She believes in the strength of her voice, and she’s not afraid to use it. There have been days when she is rattling off 10,000 words more than the average person that my brain literally shuts down. It physically cannot process another word.

But she also makes me want to live my life a little more like her.

To be quiet enough to hear that small voice inside, to be smart enough to listen to it rather than ignore it, and to be brave enough to use it. I love that she is not afraid to take charge. That she is confident enough in herself that she is able to lead others.

So yeah, she’s bossy. But it’s tempered with a healthy dose of empathy and a whole lot of kindness. She believes in fighting for what is right. She is always the first to offer assistance. The first to stick up for the underdog and the bullied. And sometimes? She is the only one. But it doesn’t stop her. She speaks up for social justice. Every time. And most importantly? She speaks up for herself.

I feel for her as she navigates these tricky waters.

Trying to find her way and her voice when so much of society says she should just be silent. I am thankful for the current #metoo movement and Sheryl Sandberg’s Ban the Bossy campaign that is paving the way for our daughters voices to be heard. I want my daughter’s voice to be one of the loudest out there. Because it is precisely this trait that is going to help her force open closed doors and raise glass ceilings.

I don’t worry if she will make it or not in this world. I know, without a doubt, that she will. She will do it surrounded by people who love her and respect her, who are motivated and inspired by her.

She will not be alone.

And here’s the thing. I see the daughters of my friends, and guess what? They are all “bossy” too. We are raising a generation of strong, independent women, who will not be silenced. Who also just happen to be kind. Because you don’t have to be one or the other. They are not mutually exclusive. The future is bright.