Filter Free Parents
Home Parents Despite Being A Strong, Intelligent Woman, I Still Ended Up In An...

Domestic violence is often thought of as bumps, bruises, and black eyes. The truth is, that is such an insignificant piece of the whole.


It is spending the holiday alone with your children in a hotel room because you have nowhere else to go.

It is the knot that forms in your stomach the second you hear footsteps coming up the stairs.

Domestic violence is sadness, rage, and shame rolled together creating one gigantic ball of shit. Damned if you do, and damned if you don’t.

Often we take on the responsibility of our abusers, feeling embarrassed that the situation has become so far out of control. Our circle of family and friends has dwindled down to nothing.

They were forced to put up boundaries rather than continue to give advice that isn’t heard.

Validation becomes bread, and boundaries our water. We are unable to survive without both.

After years of being told how to feel, what to say, and who to be, we lose sight of reality. We question our perspectives, our instincts, and our feelings.

“How is it possible to question if barricading a door in your own home is anything other than abuse”, you might think.

Do not underestimate the power of an abuser.

In a world obsessed with the “highlight reel”, we often question how there could possibly be turbulence under such calm seas. Your audience bears witness to smiles, hugs, and happiness.

Surely the man with the million dollar smile could not possibly be capable of such abominable behavior.

I assure you that evil can easily be disguised with charm and charisma. As such, it becomes incredibly easy to slide down the rabbit hole that is domestic abuse.

It all starts so small.

Often camouflaged as “respect” and “love”, we feel compelled to change our behaviors and actions for the betterment of our relationship.

Before we know it, we are no longer able to communicate with others without our partner knowing every detail. We are told how we “should” respond; who we should talk to.

I’ve always viewed myself as a strong, intelligent woman. Imagine my surprise when I finally realized how lethal my relationship had become.

Our shame only prolongs the cycle of abuse. 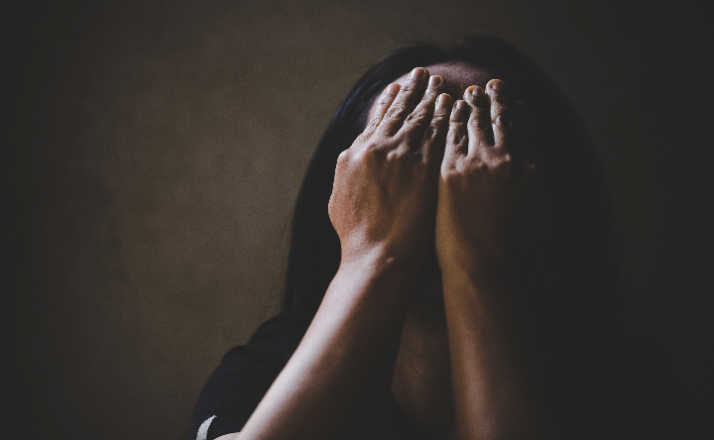 Admitting to such a monumental failure is embarrassing to say the least. Having allowed someone to repeatedly disrespect you and essentially break your spirit is the last thing a woman hopes to share with the world.

However, the topic is rarely discussed in a way that truly gives a relatable voice to women.

You can imagine the scene. A scantily clad woman smoking a pal mal on the rickety front porch of her mobile home.

The police are leaving for the third time this week, and even though she’s sporting a brand new black eye, the couple stands a united front claiming all is well. She gives a weak grin and walks inside ahead of her husband, who graciously throws up both middle fingers to the police before slamming the door behind him.

This is what you’ve been led to believe domestic violence is.

According to the National Coalition Against Domestic Violence, a staggering 1 in 4 women are said to have experienced severe violence with an intimate partner.

The victims are not all high school drop-outs with low IQ’s and a drug problem. They are educated women with six figure salaries and multiple pairs of Jimmy Choo’s.

They are educators, politicians, administrators and artists. Contrary to popular belief, abusers do not wear neon signs on their foreheads warning of the behaviors of their own Mr. Hyde.

They are smooth talking men of status.

Men who are seen to others as loving and kind.

Responsible business owners with countless clientele that swear by his amicable personality and amazing skill set.

They are wolves disguised as sheep.

Domestic violence is so much more than superficial bumps and bruises. It takes hold of the delicate parts of you that no one is able to see.

Before you know it, the image and ideals you once held so dearly have shifted beneath your feet. You have fallen to a place where your words hold no weight, and your needs do not matter.

Women who have suffered domestic violence are not weak. They have simply become transfixed on the man that only exists under the spotlight.

They excuse the behaviors behind closed doors, and pray for the sun to extinguish the darkness in hopes of just one more “good” day.

We have simply fallen in love with a mirage.

A mask that can be taken off as easily as a pair of socks.

If you or someone you know needs assistance leaving an abusive relationship, you can contact the National Domestic Violence Hotline at 1-800-799-SAFE or visit their website here.

“She Would Scream In Pai…


I Have Lost Friends. I Have Hurt Pe…

Woman Gets Pregnant WHILE Pregnant,…