Filter Free Parents
Home Health + Wellness Science Is Telling Us That Empathic, Gentle Parenting Is The Answer To...

Kids can be rude and disrespectful at home, and sometimes it’s hard to use gentle parenting when they are. My friend and I message each other daily updates on the wild things our kids say and do.

This exchange usually includes a quick story about something rude that one of our kids uttered, like when my four-year-old daughter called her brother an a**hole during dinner.

Or when her six-year-old son told her that her ringtones are the “most annoying” sounds on God’s green earth.

Were our kids being rude? Absolutely.

Did we freak out and punish our kids for it? Meh…actually, no. And that brings me to something pretty interesting.

We live in a time when parents have a fundamentally different relationship with their kids than previous generations did.

See, when my kids act out and speak rudely or refuse to obey my rules and directions, it is so easy for me to react by being overly strict.

But I’ve found that my kids don’t suddenly behave because I yell at them or take something they love away.

Instead, I try to lean into empathy and listening.

We talk a lot about respect and boundaries, but when my kids break those, I try to see it as an opportunity to teach them something. Do I still freak out sometimes? Of course.

Parenting is nothing if not super frustrating at times, and even I have my limits. But on the whole, I am the soft landing my kids need while they figure out how to be good people.

Once upon a time, it was widely accepted that parents should spank lousy behavior out of their kids.

But this new generation of parents is taking a markedly different approach, and according to some exciting research, Empathetic Parenting might be helping kids grow into better-adjusted adults.

This “because I said so” generation adhered to authoritarian Parenting, which doesn’t make kids want to behave because it’s the right thing to do.

Authoritative Parenting is a fear-based practice that teaches kids to be afraid of their parents and creates adults with higher anxiety, depression, and low self-esteem rates.

“The science says that over time, fearing your parents makes you less confident in yourself and more in need of external validation,”

The New York Times took a look at this growing body of science that appears to be saying the same thing my friend and I are saying.

Kids who are raised by an empathetic, gentle parenting method tend to be more grounded as adults than kids raised by authoritative parents. 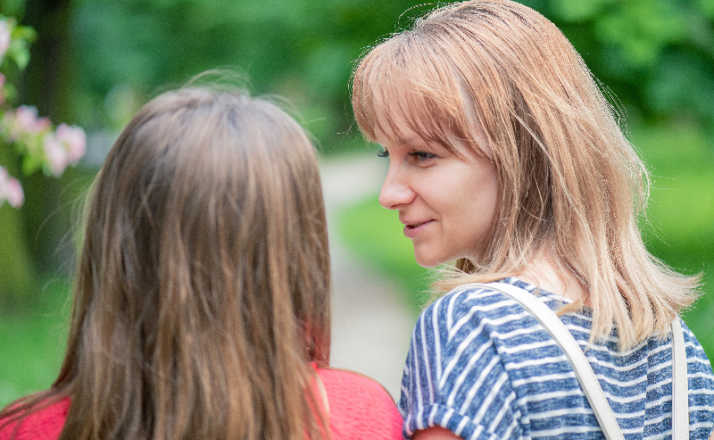 For example, in this study, parents who used a method of Parenting called conditional regard, meaning they only showed love them their kids got good grades and behaved well, ended up having kids who resented them.

Who didn’t see that coming?

But parents who unconditionally loved and nurtured their kids, even when they failed at grades or sports or acted like little turds (because let’s get real, kids can be butt heads sometimes), had kids who grew up not resenting them.

In fact, these kids had closer relationships with their parents, and isn’t that the goal?

Psychologically controlling parents tend to have kids that can’t adapt.

In another study, researchers found that parents who use psychological control by saying crap like “if you loved me then you would ______,” ended up raising kids who couldn’t adapt to adulthood in healthy ways.

Science seems to be pointing toward Gentle Parenting as the best strategy to raise emotionally well-balanced kids.

In Gentle Parenting, kids are allowed to be wild and rude, but boundaries set by parents temper them.

And when kids bump into those boundary lines — like when my kid called her brother an a**hole at the dinner table — it’s best not to use punishments that can shame a child.

Gentle Parenting challenges the parent to use teaching moments to reinforce a boundary with logic and love.

In my case, I simply said, “don’t call your brother that; it’s a word that can hurt people’s feelings. Instead, what if you tell him why you are upset and see what happens next?”

Gentle Parenting is a form of Parenting that centers on the relationship between you and your child.

Instead of using force and punishments to get good behavior out of your kids, Gentle Parenting uses choices and willingness. And oh, my God, so much talking and listening.

My friend and I will keep messaging each other with the wild antics of what our kids do each day.

And in those texts, I can see the wisdom that while my kid makes me want to cringe at her off-the-wall choices sometimes, she’s turning into a funny, creative, and independent little person.

And maybe that is the whole goal of parenting.


Panicked Mom Gets Separated From Ba…

Booty Beauty Is The Latest Trend &#…